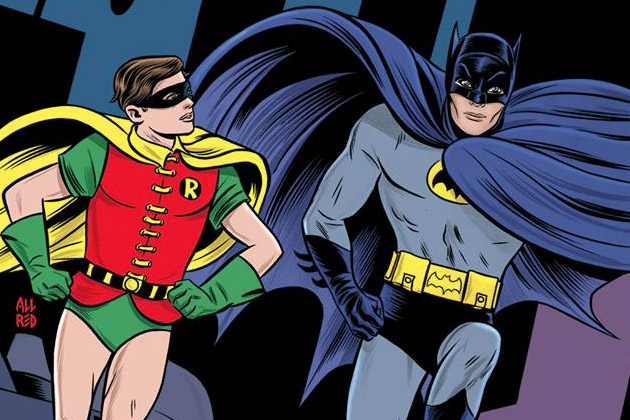 With the Justice League seemingly dead in DC’s Forever Evil and the Avengers off in deep space to face an apocalyptic threat in Marvel’s Infinity, comics can be as dreary and foreboding as real world events these days. So if you’re a bit tired of all the gloom and doom found in the big crossovers, then it’s Bat-time to tune into that old Bat-channel for the nostalgic but new adventures of Adam West’s not-so-dark knight in Batman ’66 #1. 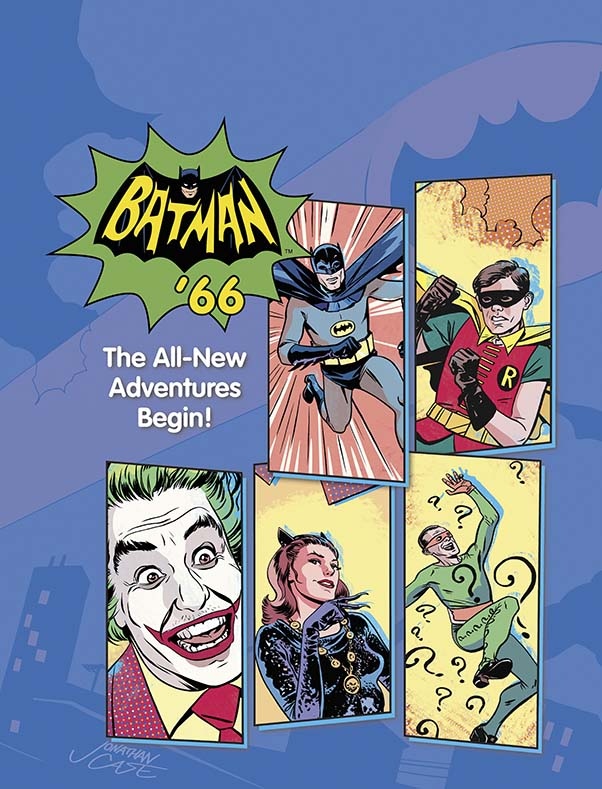 Knight, there’s no denying that Adam West’s TV Batman is one of the most recognized and beloved interpretations among comic readers and general audiences alike. So when it was announced that DC would be bringing the series back as part of their DC2 digital first initiative, many fans met the news with a mixture of loud joy and quiet embarrassment. Writer Jeff Parker (Agents of Atlas, Thunderbolts) manages to craft a story that fits right in with the campy feel of the original show, while managing to elevate the action to a level that wouldn’t have been possible within the limited budget and special effects of 1960s television. Parker also keeps the show’s classic dialogue intact with some added tongue-in-cheek humor, complete with Adam West’s know-it-all wit, Burt Ward’s boyish enthusiasm, and the villain’s desire to steal anything related to their persona.When will Gotham learn that any bird, cat, and clown themed items are destined to be stolen? Sprinkled with Ben-Day dots reminiscent of comics from the 50s and 60s, Jonathan Case’s art captures the look of the television show while adding a dash of color and psychedelic sex appeal for a more comic book feel. Reading the book in its digital format makes for a unique experience, as each swipe (or page turn) adds something new to the screen like additional dialogue, onomatopoeia balloons, and added color saturation to emphasize the end of a scene. The series was actually specially formatted for Comixology’s guided view technology, and unfortunately loses some its appeal when read in printed form.

Like many episodes of the show, each chapter in the story ends with a cliffhanger and a corny question posed by the narrator leaving the reader as poised and excited as any young child watching the show during a Nick at Nite marathon. Whether you were a fan of the show or not, Batman ’66 delivers a wallop of classic comic book fun that will leave you smiling and eager to tune in next Bat-time!