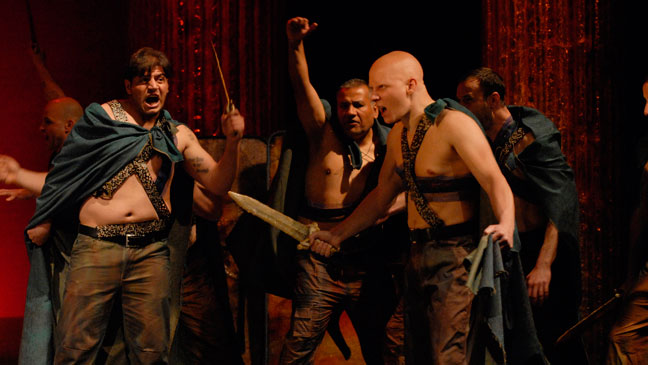 The Berlin International Film Festival, also called the Berlinale, is one of the world’s leading film festivals and most reputable media events. 2012 marks the first year Sound On Sight was present to attend. Merle has been posting her recaps while the rest of us have been paying close attention to the films receiving the most buzz.

Founded in West Berlin in 1951, the festival has been celebrated annually in February since 1978. With 274,000 tickets sold and 487,000 admissions it is considered the largest publicly-attended film festival worldwide. Up to 400 films are shown in several sections, but only a select twenty compete for the awards called the Golden and Silver Bears. This year the Italian film Caesar Must Die took home the Berlin International Film Festival’s top honour as best film. The film is set in Rome’s high-security Rebibbia prison and centres on the rehearsal, staging, and performing of Shakespeare’s Julius Caesar by a cast of actual prison inmates. Meanwhile, Hungarian director Bence Fliegauf’s Just The Wind won the second prize, the Silver Bear. The film takes a look at a group of Roma who face attack and discrimination. Check out the full list of winners below.

Golden Bear:  “Caesar Must Die,” by Paolo and Vittorio Taviani

Special Prize of the Deutsche Kinderhilfswerk for the Best Short Film, endowed with 2,500 Euro: “B I N O,” by Bille Pleffer (Australia)
Special Mention: “L,” by Thais Fujinaga (Brazil)

Short Film DAAD Scholarship Award: “The Man That Got Away,” by Trevor Anderson (Canada)

Teddy Award For Best Feature Film – “Keep The Lights On,” by Ira Sachs