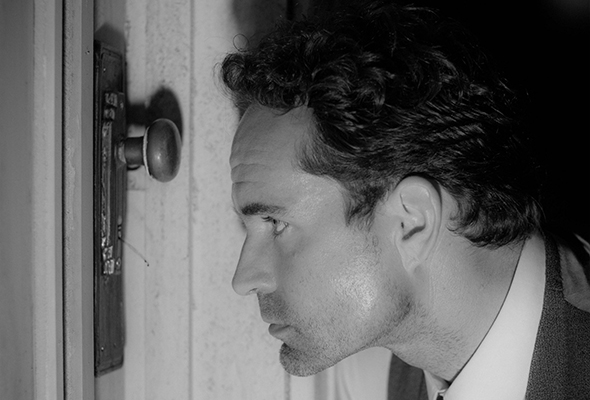 You had better brush up on your knowledge of expressionist cinema, film noir, Greek mythology, psychoanalysis, as well as Guy Maddin’s oeuvre and biography, before heading out to go see his newest fiction feature! Keyhole is a highly complex, multilayered construction that is anything but easy to cope with on first viewing (which probably helps to account for the fleeing audience members). “Remember, Ulysses, remember!” is the key phrase to unlocking this journey deep into this black and white, psychologically-charged construction of ideas. While some aspects will initially leave you lost and puzzled – at least that’s what happened to me – Maddin’s sense of undeniable suspense, aesthetic appeal and composition are what ultimately make this a strong cinematic experience regardless of whether or not you’re able to unpack it in one viewing.

Edwin’s Kebun Binatang (Postcard from the Zoo) aims to be an intriguing adventure into artificially created adventure and wildlife. The film tells the story of a little girl growing up in a Jakarta zoo after being abandoned there by her father; it’s presented as a magical world embodying a strange duality of imprisonment (of the animals) and escapism/freedom (for the visistors). Calm and quiet, the film allows its material to be stretched out to its absolute limits. It might have been due to the fact that it’s been a few film-packed days, but this one simply remained too boring for my liking.

An abandoned youngster is also at the core of David Zellner’s Kid-Thing. Even on film, little blond girls don’t necessarily have to be the cute ballerina type, and the brilliantly talented Sydney Aguirre is absolute proof of that. In the role of eleven-year old Annie, she delivers an absolutely stunning performance. Left to herself, with no parental guidance or care, she strives through rural Texas, leaving behind a path of mild destruction. Annie’s incapability to build relationships and feel empathy is captured in long takes, creating an intense portrait of a more than troubled kid.

Instead of a neglectful father, Billy Bob Thornton’s Jayne Mansfield’s Car presents a variety of patriarchs. Jim Caldwell, amazingly played by Robert Duvall, keeps his family together long after his wife’s departure; eventually, he learns from his English family that she has passed away and that they plan to bury her at home in Alabama. The generational and cultureal conflicts within the Caldwell clan are multiplied with the arrival of the Bedfords. Thornton’s second film as a director develops in surprising, warm ways; however, the film sometimes lacks narrative flow, delivering scenes purely to add plot elements that aren’t well-integrated.
Sally El Hosaini’s My Brother the Devil takes a similarly leisurely tack. The film has been five years in the making and this long gestation period most definitely paid off. Negotiating masculinity, prejudice and coming of age, the film captures a unique side of London. Hosaini tells the story of two brothers in Hackney,  one already deeply involved in the drug and gang business with an eye to getting out, while the younger one is eager to get in. The two male protagonists are deeply connected at opposite ends of a journey. While the ending seems a little too pat, others might enjoy the optimistic outlook. From the looks of it, the remaining films might lack for that kind of optimism, so perhaps it’s best to take it wherever it’s offered.

Visit the official website for the Berlinale Film Festival