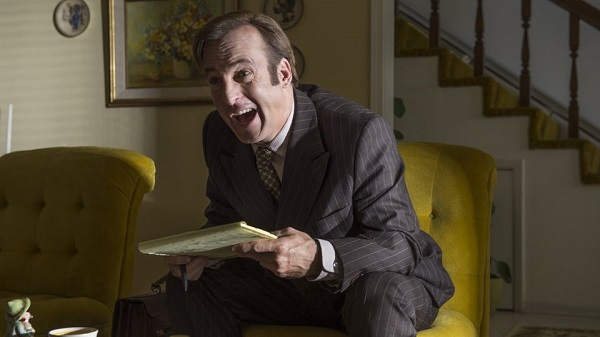 After last week’s hilariously contrived scam, Saul/Jimmy is all set to reap the benefits of his newfound desirability. Unfortunately, his little stunt may have done him more harm than good.

We begin with Chuck, only moments after his midday sojourn to secure a neighbor’s newspaper. Well, as it turns out, his neighbor was less than satisfied with his offered payment, and she sends the police to follow up. One thing leads to another until Chuck’s door is kicked in, leaving him regretfully tasered. A notable moment of the scene is the way it cuts to white during Chuck’s moment of trauma, just as the sunlight hits him. This is a technique which is strongly reminiscent of dozens of X Files scenes, and notably so, as showrunner Vince Gilligan cut his teeth on that very same supernatural drama.

Back to Saul, who is now looking into the various calls he received last week, although they’re not exactly what he had in mind. From a man looking to secede from the US into his own private state, to a patent seeker who has invented a wildly inappropriate potty-training measure (a cringe-worthy scene of hilariously crude innuendo), to an elderly woman taking painfully irrelevant steps to ensure that her legacy ends up in all of the right hands, these are basically the lowest calling of Saul’s many talents. Regardless, he tends to them, for the most part, with careful diligence. 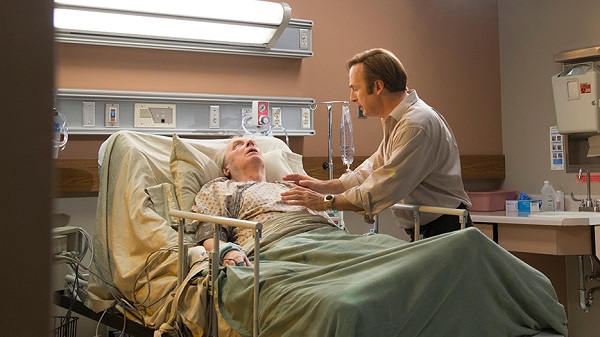 This leads to an introduction of what will one day be a Saul Goodman specialty: elder law. A later scene where Saul offers a variety of senior perks to his prospective clients (including fruit cups, and Jello) showcases Saul (and Bob Odenkirk) at his charming best, as he cracks wise while he butters up his audience.

Kim is once again given spotlight scenes, further cementing her place in the Better Call Saul canon of primary characters. She has a late-night meeting with Saul at the nail salon, one that seems to be far more related to her enjoyment of his company than his pedicure skills, and even accompanies him to see his near-comatose brother, Chuck.

Longstanding character actress Clea DuVall has a nice walk-on role as the nurse treating Chuck, who attempts to convince Saul to have him committed for his mental affliction. Her standout moment is a slick little trick wherein she demonstrates the obvious psychological nature of his condition, even as she thoroughly convinces him that she takes it seriously. With any other actress, this could have easily been a throwaway scene, but Clea shines as always, and her involvement makes one wonder if she’ll be popping up again.

As mentioned in previous reviews, the careful treatment of Chuck and his peculiar delusion is now paying off in spades as, in spite of the clear absurdity of his beliefs, we still feel for his predicament, especially in key scenes where he demonstrates the extent of his intelligence when unencumbered by his illness. It’s important to note the way he reacts around Saul, especially the way he throws off the space blanket he was previously clutching the moment his anxieties about Saul are alleviated. Though the nature of their relationship is becoming more and more clear, where this storyline will eventually lead still remains a mystery, even at the season’s halfway point. 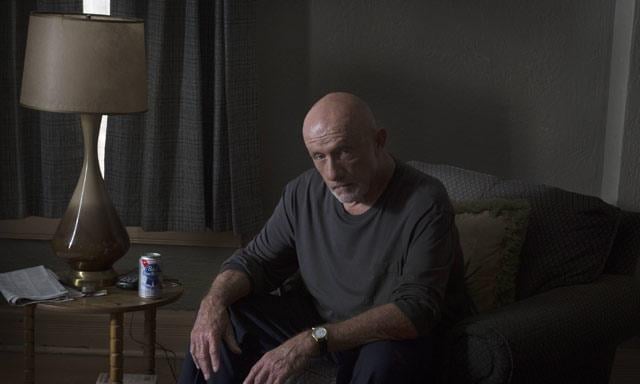 Even more mysterious is the sudden segue in the episode to focus on Mike. Its no secret that Mike Ehrmantraut was always a popular character on Breaking Bad, but this is the first real hint from Better Call Saul that we’re about to finally discover some new points of reference with regards to him. The cryptic nature of the final scene, and the manner with which it closes the episode, are especially intriguing, inspiring speculation even as the credits begin to roll.

There are a few side notes that are worth mentioning, at least in passing. One is that “Alpine Shepherd Boy” both opens and closes with the police knocking on the unsuspecting door of an elderly man. Another is the experimental camera techniques used to offset the audience during the scenes that feature Chuck in a state of distress. That they clash carefully with the rest of the episode allows for a deliberate and elaborate shock every time they occur. The only real weak point of the episode is Saul’s declaration to spite his nemesis, Howard Hamlin, only to go back on it a moment later. It comes across as a tad manipulative from a writing standpoint, and weakly frames Kim as an audience surrogate. It never really works.

Drawing the net wider still, Better Call Saul has crafted a thoroughly thematic hour with “Alpine Shepherd Boy”, and with the season half over, it is already setting itself up as the year’s best new series. 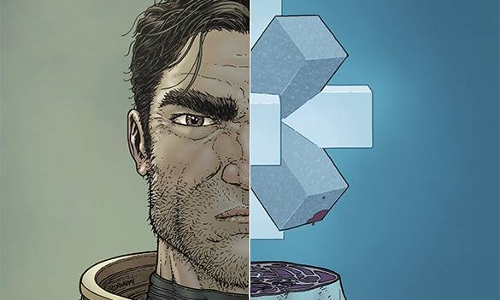