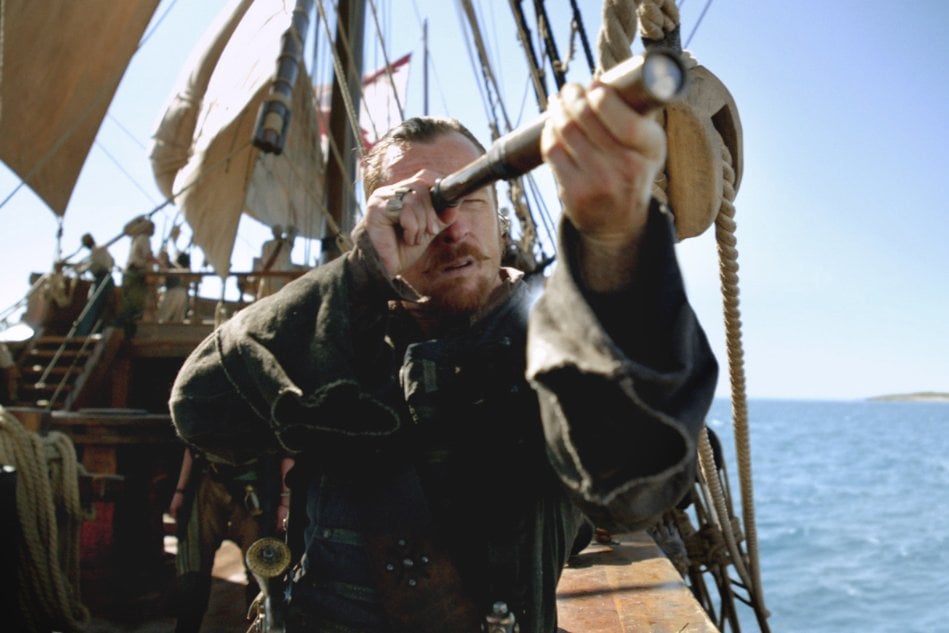 The eight-episode first seasons that Starz gave to both Da Vinci’s Demons and Black Sails made it frustratingly difficult for their ambitious, sprawling worlds to come alive completely. It might just be because of their genres that require deeper immersion, but the ten-episode second seasons that both have been given feel like the more natural format. At various points in the first season of Black Sails, I admired its tenacity at trying to convince me the characters were as interesting as the show was suggesting (and many times, especially in the second half of the season, they genuinely were that interesting), but I also found myself wanting more world-building via voyages away from Nassau and grander action sequences. All that being said, when the curtain closed on “VIII.” and the first season, I couldn’t help but feel intrigued and satisfied with having spent eight hours with the show. If Black Sails hasn’t quite reached the notes a pirate series on the Spartacus network ought to, it has laid a great foundation that highlights a lot of potential going forward.

“VIII.” is capable of surprising in some rather interesting ways. The most powerful of these is how it handles Flint and Gates’ relationship, which can’t quite be described as a friendship anymore. In a possibly subconscious act of self-preservation, Flint invites Gates to drink some of his special reserve. It’s a familiar kind of scene between two people who have gone into battle together and have stories to tell, but it quickly shifts in tone when Gates recalls a more gloomy episode in his life that brings out the cold indifference of the lifestyle these characters have chosen to lead. The camera makes sure to capture Flint’s reactions, in which you can tell what Gates is saying is hitting home. It’s a bleak but very well-executed conversation boosted by the work Toby Stephens and Mark Ryan put in. And, unfortunately, it precipitates the last scene that two will ever share, in which Flint murders Gates to prevent the mutiny that will blow the opportunity to plunder the Urca. Whatever happened between Flint and Billy was handled off-screen, but “VIII.” isn’t shy at all about detailing the awful but effective send-off for Black Sails‘ best character. Flint says that he didn’t want to have to do it as he’s choking Gates, trying to convince himself more than his one-time companion, and as he snaps Gates’ neck, we realize Black Sails is not messing around in terms of stakes and danger. It’s shocking, yet it falls in line with Flint’s crazed desperation. It’s just a shame that it has to come to this. Massive credit goes out to Ryan for fully bringing out every quality in Gates this season, from the attractive natural charisma of the character to his weary, war-torn demeanor in the quieter moments when Gates is contemplating his situation. The second season will surely miss him.

Stepping into a larger role, seemingly, is Dufrense, who has carefully built up to being one of the more interesting characters in the series. From his shier beginnings during the mid-season battle, he’s evolved into a strong leader, much like how Billy came into his own (and, indeed, there’s a moment at the end of the episode in which we see Dufrense’s frame behind Flint when it looks as if the crew has been shipwrecked somewhere Billy washed ashore, since the silhouette is blacked out; luckily, that contrivance is avoided in favor of less cliche storytelling). Though he serves as another opposing force to Flint – which isn’t really a role with longevity, as we’ve seen – having to come to terms with some form of alliance with the captain as they look upon the cargo of the Urca postpones that confrontation and gives the two more time to understand one another.

The other forced alliance created in “VIII.” is between Eleanor and Vane. After returning from the slave island with Albinus’ men, Vane takes control of Nassau’s tower, showing his capability of sinking ships in the bay. Eleanor acquiesces to Vane, but not without speaking her mind and making threats that only seem to fuel his fire. Both of these characters have been made out to be the second and third main characters of the first season, commanding their own stories and groups of supporting characters. While both have had their moments (especially Vane’s fight with Albinus and Eleanor’s relationship with Max), they’ve often felt underused to me throughout the season. Most of the time, whenever Scott or Jack was on the screen with them, they commanded those scenes. So, hopefully seeing Vane and Eleanor at odds in a major arc next season will make them feel more fleshed out and necessary. Obviously, their complicated romantic past plays a factor, even more so now that Max is back in the picture. But I’m also interested to see what that does for characters like Scott, Anne and Jack (who gets the short end by being marked a traitor by Vane – a fate he thinks is even worse than death for his former right-hand man).

There are a bunch of other questions lingering (Miss Barlow?), but that’s both to be expected of a first season finale and something that works to its credit. Again, the potential is on display, and the improvement over the course of this first season suggests it might be tapped. Whereas it was hard to recommend the series to begin with, I can say with certainty that there’s absolutely some fun to be had. Powering through the first few episodes isn’t much of a task, and the first season as a whole doesn’t make for a huge time commitment given that there are some great action pieces later in the season and some nice twists and turns in the plot that keep the characters just interesting enough to want to hang out with. It would be nice to get a better sense of the scale of the Black Sails world, which would obviously require a ship that can sail for the crew, but we’ve been teased with the treasure of the Urca for so long that it takes precedence when we come back next year. Thank you to the readers who have been following along. Feel free to leave your thoughts on the first season and what you’re hoping to see next year in the comments section.