The first issue of Mark Waid and Chris Samnee’s Black Widow was low on dialogue and context but high on intense action. It was a fantastic and thrilling comic but one that desperately needed a follow-up that explained what the heck was going on. The second issue does so in brilliant fashion, making readers expect context is coming with a “One Week Ago” disclaimer right at the beginning but refusing to release the savory details until the end. In the middle is another engaging action scene, this one embracing stealth rather than on-the-run brawling, with great dialogue from S.H.E.I.L.D. agents that does a great job of simultaneously characterizing Black Widow and deftly explaining her place in the Marvel universe. Black Widow #2 is comic book gold.

The dark, rainy environment most of the comic takes place in is rendered incredibly well by Samnee’s line work and Matthew Wilson’s colors. The rain splatters off of clothing oh so subtly and slickly covers skin. The color scheme is muddy and drab and the shadows cast by the leaves and branches is impressive. There is an eventual change in scenery and while it is much simpler and has a disappointing lack of background detail, the sense of motion in the action, aided by splashes of red coloring during the most intense collisions, is still excellent. It’s a beautiful book. 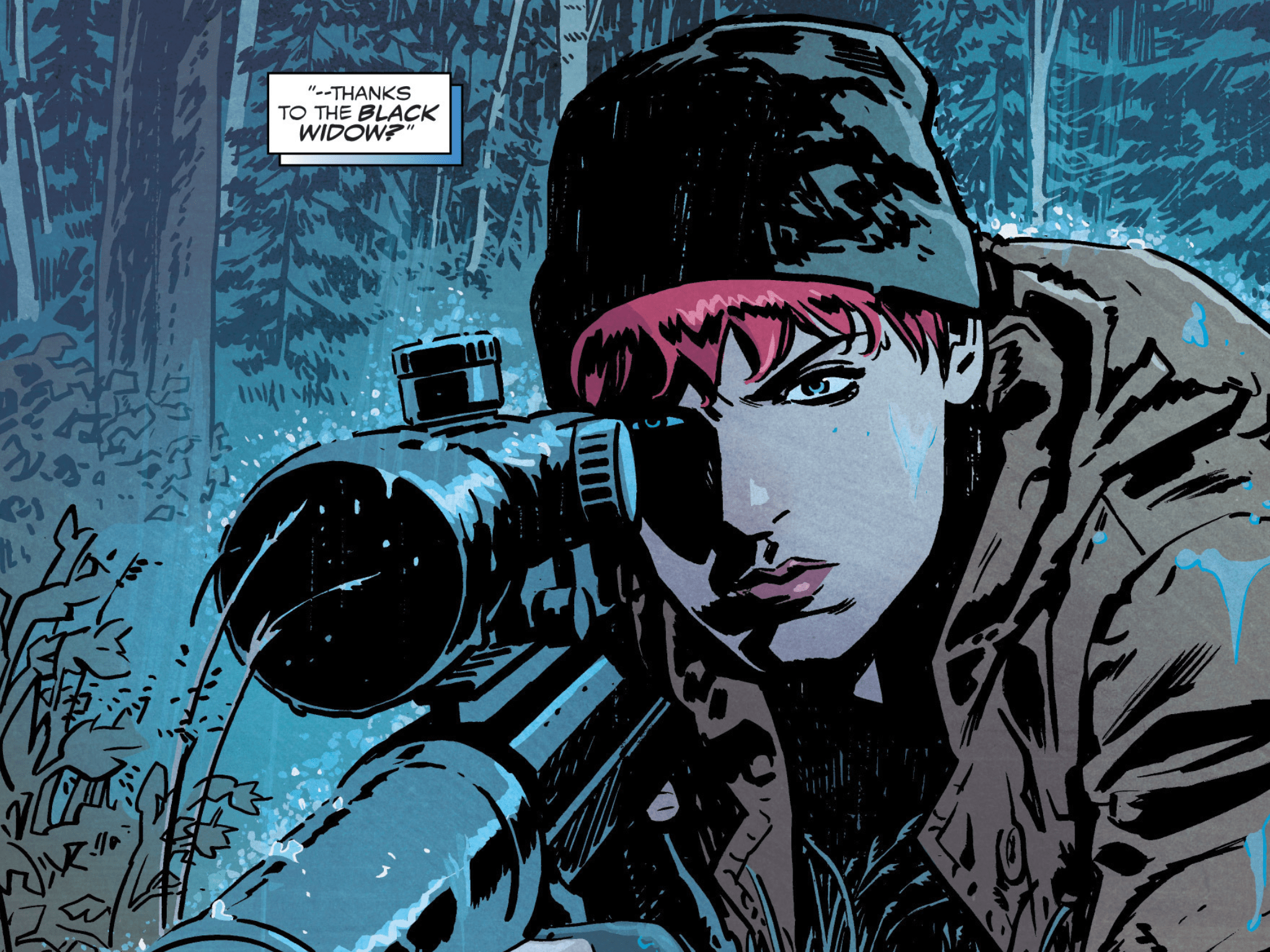 The level of communication between Waid and Samnee is clearly very close, as the extended stealth sequence is so expertly planned. There are so many variables at play, what with the several combatants spread out over a busy and visually obstructive environment, and it never feels confusing. Waid and Samnee systematically cut from different parts of the environment and back to Black Widow, again and again until the scene ends. It is so slick.

Whenever readers finally get the information at the end of the issue, a clear and interesting premise takes shape. It’s a dark premise that really pushes the limits of Black Widow’s selfishness, in tune with the intense tone of the book thus far. Everything in this book is in tune, in fact. The creative synergy here is truly exemplary, making this a must-read comic book series.