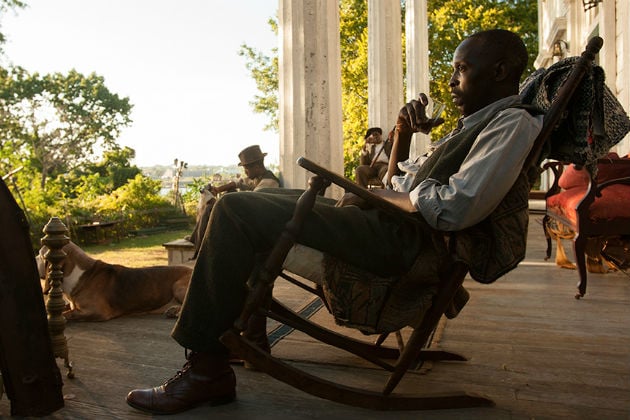 This week, on Boardwalk Empire: Chalky gets a new place, Eli gets into a fight, and Harrow gets on a train

All season, Boardwalk Empire’s decision to focus on a fractured group of characters has hampered its ability to give its long-running arcs weight. The highlights, and there have been a few, have been in episodes pared down of extraneous characters, allowing the writers and performers to create specific, episode-long journeys. In “Farewell Daddy Blues”, due to the writers’ unwillingness to trim the ridiculously talented fat throughout season four, several characters’ journeys come to a less-than-compelling close and one in particular winds up his time on the show memorably, but nowhere near as emotionally as he deserves.

Let’s start with Richard Harrow. A big issue with Boardwalk Empire is its unwillingness to kill off or otherwise remove characters from the narrative. Here they break with tradition, killing Harrow and giving him a beautifully realized step into the white light. Unfortunately, we’ve seen so little of Harrow throughout the second half of the season that his death has very little weight. He’s a fan favorite, and Jack Huston’s been amazing with what he’s been given all season, but his death feels like an afterthought and his struggle with his rifle comes practically out of nowhere. We spent three episodes this season following his relationship with his sister and they shared entertaining scenes, but now knowing where he was headed, much of this time feels like a waste. Most shows build up characters in the episodes leading up to their death. Harrow all but disappeared and it’s hard to understand why.

The dramatic center of the finale is the conflict between Chalky and Narcisse, with Nucky wrapped up in the middle of it. Jeffrey Wright is hugely compelling as Narcisse but again, the character feels underdeveloped, written towards the needs of the season rather than as part of a fully realized person. Wright is fantastic in his final scene, but once he’s in Hoover’s clutches, why does he stay? Why not head to Paris or another cosmopolitan European city and start fresh? His survival is a definite surprise (he’s seemed doomed to die in the season finale since episode three or four), but again, while we’ve been told things about him by other characters, particularly Daughter, we’ve hardly seen any character moments with Narcisse himself.

Eli’s violent murder of Agent Knox is a memorable setpiece, with the two characters evenly matched in their fight and either victor giving the show plenty to explore in future seasons. But with Knox gone and the FBI no longer interested in nation-wide criminal syndicates, why did we spend so much time in Chicago this season? Yes, Michael Shannon is amazing, but that’s not enough of a reason to spend this much time with a character who is only relevant to the rest of the world in the last minutes of the finale. Imagine the excitement if Van Alden had come to pick up Eli as Capone’s representative and it was a surprise to the audience as well as Eli.

As for Nucky, his scenes with Eli and Willy are great this week, and his relationship with Sally has been an absolute highlight of the season. No one is surprised, though, when he doesn’t take off for Cuba. That’s a lot of back and forth to take your character nowhere. Chalky, on the other hand, winds up in a completely different place from where he started and it remains to be seen if he’ll stay there very long or if he’s merely biding his time. Again though, his journey isn’t nearly as compelling as it should have been because we got such a limited portrait of the character this season. His scenes with Narcisse were uniformly fantastic, but his relationship with Daughter was underdeveloped to say the very least, most of their scenes being inscrutable (and not in the good way) because we only got the smallest sense of her personality or motivations in last week’s penultimate episode. The death of Maybelle is tragic and effecting, but other than Chalky’s basic love of her because she’s his daughter, we got little if any picture of their relationship all season.

It feels somewhat churlish to critique a show for merely being visually beautiful, masterfully acted, gorgeously lit and designed, and overall very good, but with the pieces it has to work with and with a cast and crew this talented, Boardwalk Empire should be great, truly great, every week. Anything less, which is what the show frequently gives viewers, is incredibly disappointing. Four seasons in, it seems unlikely the writers are unaware of these complaints and this is by all accounts what the show is, a deliberately paced tapestry show less interested in character than style. This approach has worked well for the show and given it four seasons to date, with a fifth set for next year, but for this viewer, it’s holding back the show from joining the top tier of groundbreaking, absolutely compelling dramas now almost common on television. 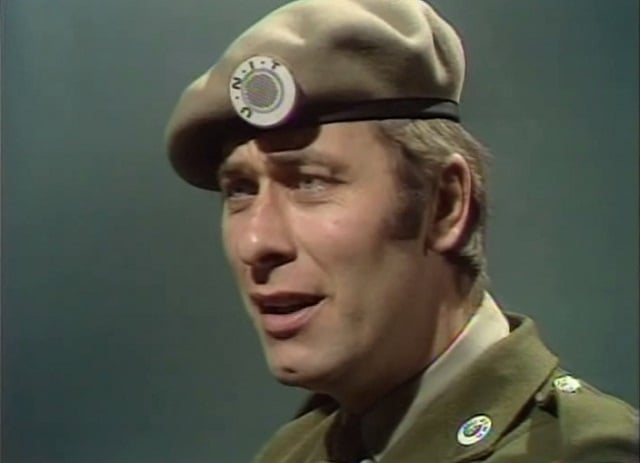 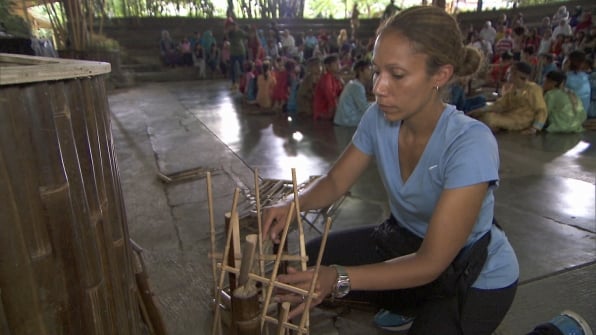