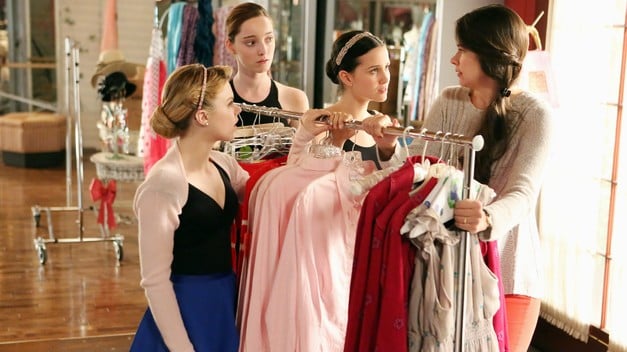 “Every time we have a conversation I feel like I need more movie channels”. Bunheads is probably the only show on TV that could reference Diner in one scene and the totally forgettable film Mobsters in another.

Since Bunheads has returned from its holiday hiatus a couple weeks ago it’s really hit a stride, especially when it comes to the scenes between Michelle (Sutton Foster) and Fanny (Kelly Bishop). One of the best parts of the episode is Michelle and Fanny trying to figure out what to do with their land which leds to one of their ever comical meetings with their boring accountant. Michelle is hoping to find that their sprawling land has a little “gold in them there hills” but instead finds that it is currently being occupied by a “creepy hippie” selling candles.

By far the best moment of the night was Michelle’s surprising confession that she hadn’t graduated high school. Under normal circumstances this sort of revelation would have been dramatic and heavy handed but since this is Bunheads, it somehow led into a reference to Dollywood.

“I think I forgot to finish high school”, Michelle tells Fanny. “I was one course short and I was supposed to go to summer school, but I don’t think I ever went to summer school. I think I went to Dollywood”.

While some viewers might still be a little undecided about the two new residents of Paradise, Frankie (Niko Pepai) and Cozette (Jeanine Mason), the whole mystery as to who they really are is kind of turning into a funny running gag for the show.

“I’ll be your Meyer Lansky” showed off why Bunheads is turning into one of television’s best new show’s. It never takes itself too seriously, it is quick on its feet, and it is charming. Plus how can you not love a show about a former showgirl spouting off dialogue like, “You’ll be like a low rent Joseph Papp”, or have a character named Godot (Nathan Parsons) who looks like an adorable surfer bartender but really has a masters degree in oceanography?

“I’ll be your Meyer Lansky”, was perhaps one of the best episodes of the season and managed to highlight everything the show does right. The episode was hyper, sharp, and bizarrely funny and as always Bunheads breaks out with the unexpectedly sweet moments. Sasha was a character that always felt a little off but Julia Goldani Telles is getting better and better every week thanks to her new storyline. The sweet quiet moment she shared with Michelle at the end of the episode gives Sasha an interesting place to go for the rest of the season. 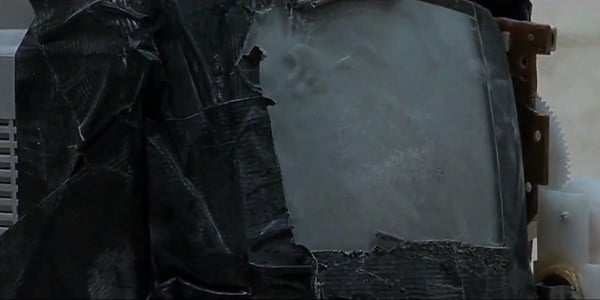 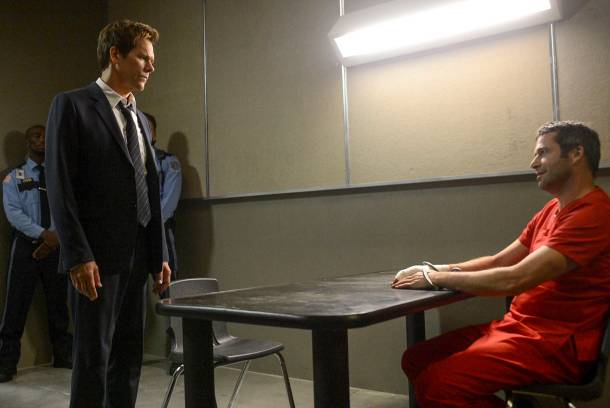