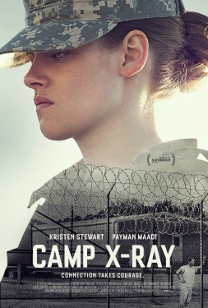 Director Peter Sattler leads us down the path of purported empathy and compassion in his debut film, Camp X-Ray, only to come up short in depicting the relationship between a female soldier assigned to Guantanamo Bay and a man she befriends who has been imprisoned there for eight years. Though the film is designed as a well-intentioned study of post-9/11 humanism between an unlikely pair, Sattler’s film mostly stays afloat not due to its forced and transparent dramatic structure, but strictly due to its two wonderful lead performances. It doesn’t take long to predict how this sort of film will resolve itself, and sure enough, Camp X-Ray refuses to take the road less traveled, resulting in a calibrated and phony act of tenderness that seems way too workshopped to consider taking serious.

Pvt. Amy Cole (Kristen Stewart) is new to the base and is working extra hard to make an impression on her male superiors and their aggressive handling of the prisoners (or “detainees” as they’re referred to), immediately volunteering for difficult assignments. She takes a fierce elbow to the lip during a standard raid on one occupant’s cell shortly after the film opens, earning her a bloody lip and a self-made sense of apathy towards the detainees. Eventually her established wall of coldness melts away when one detainee, Ali Amir (Peyman Maadi), chooses to endlessly engage her in conversation from inside the cell he’s mostly confined to. We never learn why he was imprisoned, only that he likes soccer, jokingly refers to Cole as “Blondie” and is dying to finish the Harry Potter series (the film takes place around 2009 or 2010). 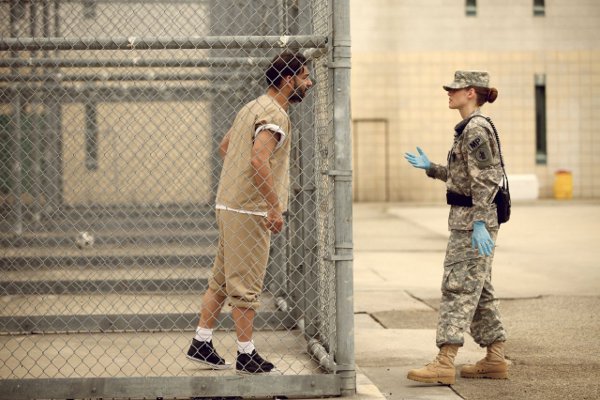 Part of the film’s wobbly credibility arrives during one of Cole and Ali’s first interactions which results in Ali throwing his feces on her. It’s not that Ali’s actions aren’t plausible given the context of the two’s shared environment, but the fact that it’s swept under the rug essentially the next time the two see each other just doesn’t make much sense. Such deficiencies are what continuously hamper Sattler’s screenplay which relies on a standard portrait of a woman torn between her “duty” and moral compass. And just so we’re clear on how the U.S. military system operates with its obvious misguided patriarchy, Cole also must contend with her bull-headed and macho superior officer, Ransdell (Lane Garrison), a token villain who makes forceful sexual advances towards Cole and also makes an effort to humiliate Ali at a certain point.

The film’s political agenda is weary and obvious at best, depicting a flawed system seen through the point-of-view of a woman. When the job isn’t about trading kind gestures with an unlikely friend, we’re subjected to the usual inmate suicide threats and hunger strikes; not that any of this shouldn’t be fair game given the film’s setting, but Sattler’s film too often teeters between implausibility and strained seriousness. There’s probably a decent movie hidden in here somewhere, but even as the film reaches the hour mark, we’ve already jumped ahead 8 months, and any sense of graceful storytelling has all but vanished.

However disappointing the end result is, Sattler couldn’t have cast the two leads any better. This sort of role is a nice change-up for the reinvented Stewart, who held her own just fine and then some alongside Juliette Binoche in Olivier Assayas’ festival traveling Clouds of Sils Maria. Torn between compassion and steely reserve, the actress exudes effortless emotion with her conflicted eyes; Stewart brings an authenticity to Cole that may not have existed in the hands of a lesser actress of her generation. With her natural indifferent cadence and brewing confidence, Stewart is carving out an interesting career path for herself that didn’t seem possible during her Twilight phase. As for Maadi, who turned in brilliant work as the patriarch in Asghar Farhadi’s A Separation, and who’s been dealt the trickier role here (delivered to us through the glass window in the door of his cell), shoulders his character’s load quite convincingly and carries with him a palpable presence. As their respective characters reach a certain dramatic climax, the frustration only amplifies. If nothing else, Camp X-Ray should succeed in making J.K. Rowling at least a little more wealthier than she already is. 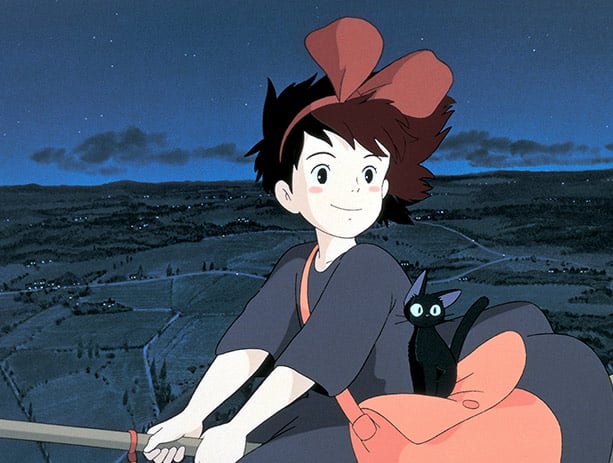 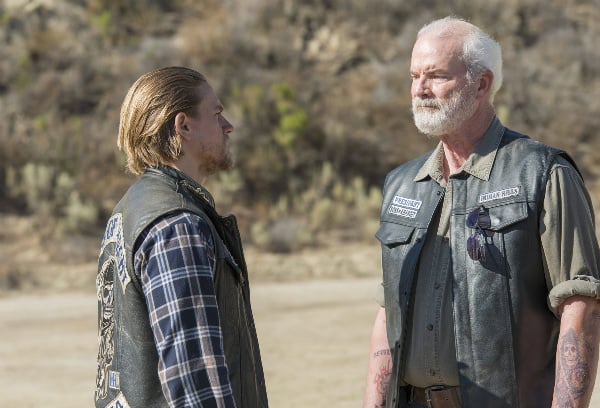