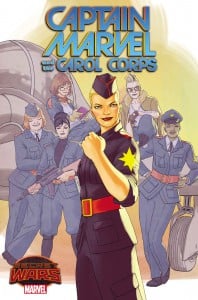 I’ll be honest, but I didn’t expect the kind of story that Kelly Sue DeConnick and Kelly Thompson penned in Captain Marvel and the Carol Corps #1 with high flying art work from David Lopez and textured colors from Lee Loughridge. The story is set in the Hala Field area of Battleworld where an all-female air force called the Banshee Squad (nicknamed Carol Corps) protect God Emperor Doom’s kingdom from invaders without asking questions. They are led by Carol Danvers, call-name Captain Marvel.

The comic begins as a breezy, banter filled gender swapped homage to Top Gun (There’s a great Kenny Loggins joke in the middle of the comic.), but then DeConnick and Thompson start to explore the dark underpinnings of the Carol Corps with appropriate amounts of shadow from Lopez and Loughridge. It goes from Top Gun with more aliens and robots and less misogyny to a war comic that looks at the implications of being a soldier in a cause you’re starting to not believe in.

From the beginning, something is a little off in Carol Corps #1 as David Lopez’s art resembles military enlistment propaganda posters with the addition of speed lines and nicely drawn heads up displays. This difference from usual Kelly Sue DeConnick Captain Marvel stories is extremely subtle as her, Thompson, and Lopez’s storytelling soars with quick hitting dialogue and a big confidence streak for Carol as she ducks and weaves between the Carol Corps’ planes. But Carol’s dialogue around her boss, Baroness Cochran, is purposefully subservient and ideologically dogmatic as she is just another pawn in Dr. Doom’s Battleworld empire.

But then there is the carefully crafted character of Bee, who even though she’s not a pilot like the rest of the featured members of the Carol Corps, embodies the “Higher, Further, Faster” motto that gave the first trade of Captain Marvel its title. She is a bespectacled beacon of scientific inquiry in a group of characters that simply follow orders and in turn inspires Carol to ask her Cochran questions and make a decision that will impact her adventurous lifestyle in Hala Airfield.

DeConnick and Thompson aren’t afraid to get serious and use characters like Carol and Bee to show that it’s good to question one’s motives and be a little “noncompliant” instead of blindly obeying authority figures. This spirit was part of both the anti- Vietnam war movement and Civil Rights movement in the 60s and 70s as well as the actions of people like Edward Snowden, who wasn’t afraid to leak documents showing the extent of global surveillance by the US and other countries. Carol doesn’t start out as a revolutionary, and DeConnick and Thompson give her a strong, slow build to fully flesh her out as a character before giving her a moment of realization. The rest of the series will follow the consequences of this moment.

David Lopez channels his inner thriller director through his art in Carol Corps #1 with overlapping panels cutting between pilots, enemy combatants, and weapons displays. He uses close-ups sparingly and mainly in the case when characters are making a big decision or crossing some kind of moral line. Occasionally, his sense of scale is off, like when the Thors show up, but Lopez truly captures the high stakes nature of aerial dogfighting adding a layer of tension to the moral dilemma present in DeConnick and Thompson’s script.

Captain Marvel and the Carol Corps #1 uses the characters and ideas brought up in Kelly Sue DeConnick’s seminal Captain Marvel run to tell a thought provoking and intense war story set in space with a diverse group of female leads. Each dog fight has a point as Carol Danvers progresses from soldier to possible revolutionary. 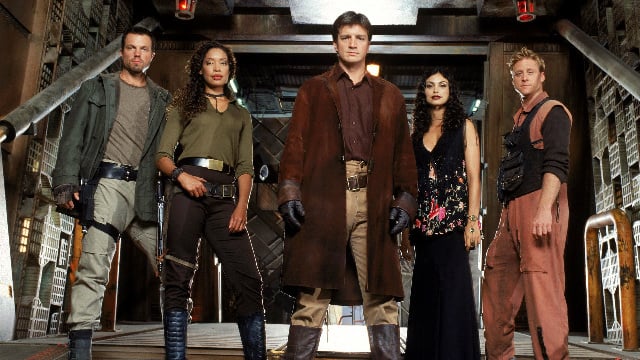 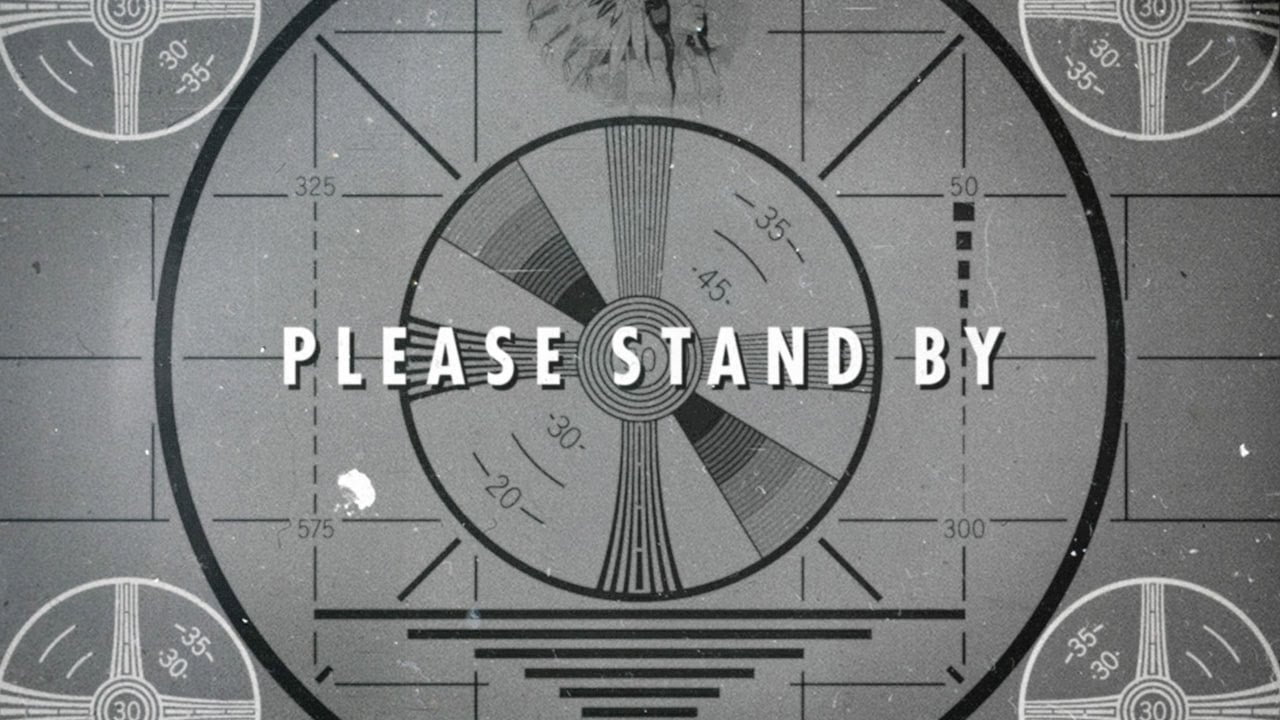