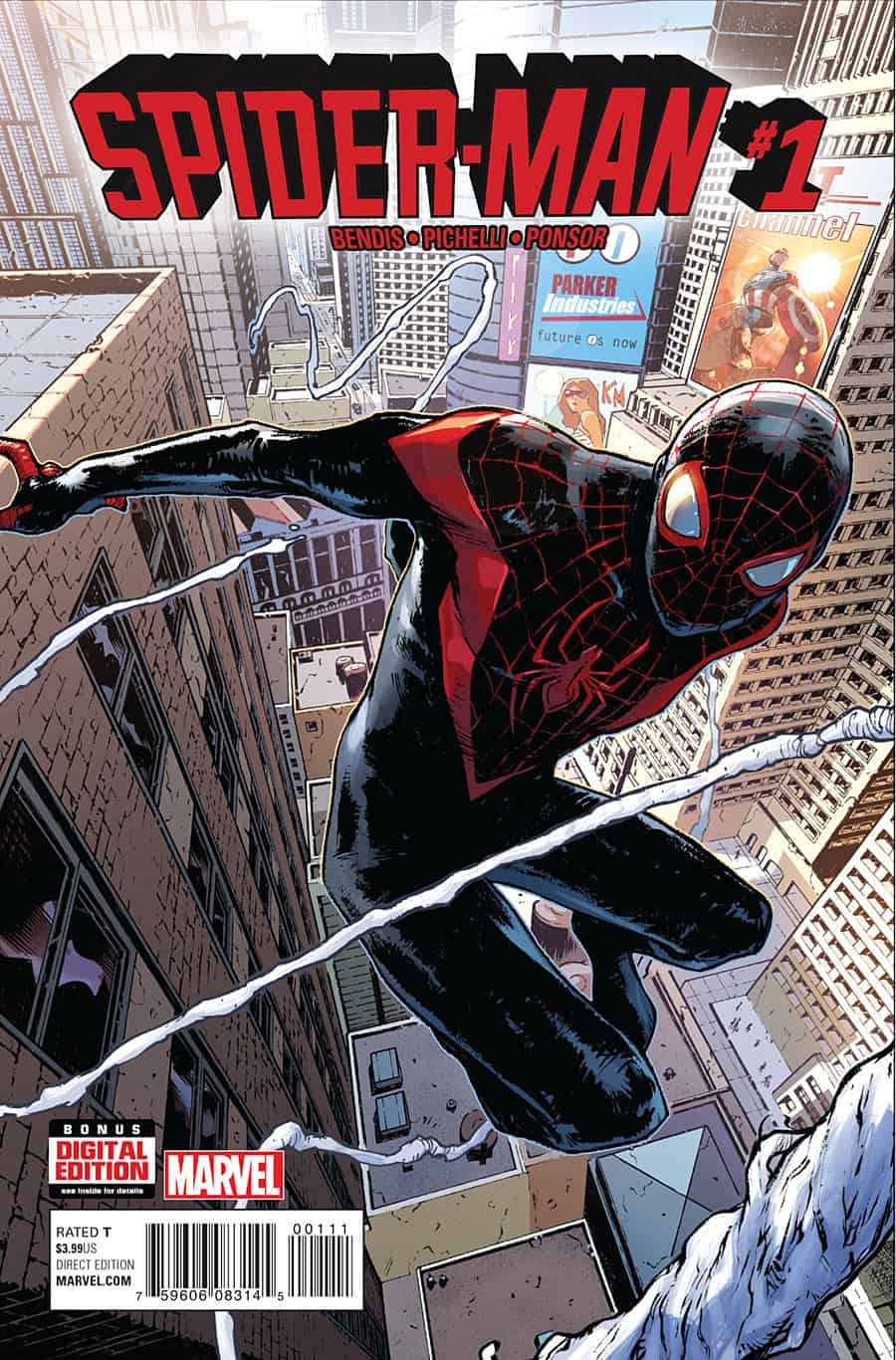 Miles Morales is back ladies and gentlemen! After surviving the destruction of the Ultimate Universe and making it out of Secret Wars intact, this is the #1 fans have been waiting for, and it’s been a long time coming.

The opening pages get things underway, and there is an opportunity to size up the villain that will plaguing Miles for issues to come. No spoilers, but the only other time I’ve seen this guy is in Marvel Vs. Capcom 2, and Sara Pichelli draws a mean rendition of this magic using warrior. Her design game has never been better, and that goes for every character that we see in the title. Miles and Ganke have a new look corresponding to how old they are now (16 and owning it), and while other heroes make an appearance nothing beats the slick, grimy, and oddly mysterious villain that causes havoc later in the issue. The beginning of the issue settles us into the “All-New, All-Different” status quo of Miles, and while the universe is different and still being defined… Brian Michael Bendis doesn’t miss a beat in everything having to do with Miles and his best friend Ganke. The tried and true teenage superhero cliches of trying to be a hero, going to school, and making out with a girl or two somewhere in between are all presented here, but Bendis and Pichelli make it all worthwhile with the dialogue between the two best friends and facial expressions to match down to the letter.

Bendis has handled and cared for Miles and his adventures for nearly 5 years now with no signs of letting up. He’s crafted relatable moments and heartfelt events throughout Miles’s caree,r and this issue is no different. Talking about school and his grades (or lack thereof) with his mother and father are scenes that nearly anyone of this generation or anyone in general have gone through, and it brings the new Spider-Man down to a realistic level so that people reading will get invested into Miles’ corner of the Marvel Universeall over again.

If the first half of the debut issue served to reintroduce us to Miles, likewise the back half serves to introduce Spider-Man in what he does best, saving people and kicking butt (with quips in tow!) A panel where a civilian actually tells Spidey to head towards the crazy explosions and save rescuing the kids to them is interesting in itself. It shows a progression with the citizens of New York, and how they are dealing with every few city blocks getting attacked by HYDRA, Galactus, and random thugs every day. Sara Pichelli and Justin Ponsor are able to let loose by issues’s end with a contrasting battle of colors and a visual highlight that’s a little bit hilarious given Miles’ inner dialogue in the face of the Big Bad and could also serve as a hallmark moment for Miles in all of the volumes he’s had thus far.

When all is said and done, Bendis, Pichelli, and Ponsor have ushered in another fantastic entry in Miles Morales’ stint as Spider-Man with Spider-Man #1. With a new universe to explore, joining the Avengers, and having the blessing of the label as THE Friendly Neighborhood Spidey, the future for both Miles and this title has never looked better.