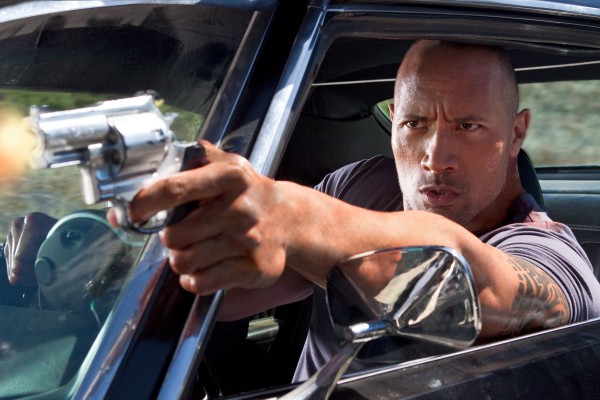 Dwayne Johnson, also known as “The Rock” to many, is back on the big screen this year with a staple ‘action’ movie following his recent dabble in the ‘family’ genre. Now to us movie snobs the film may not appeal to our tastes, but take a second and look at the soundtrack. Darren Aronofsky’s regular composer Clint Mansell (Black Swan, Requiem For A Dream) drives the score for Faster with a total of ten tracks. British soul-rockers The Heavy ask the musical question ‘How You Like Me Now?’ in the trailer, a horn-heavy track and one of many highlights on the band’s 2009 sophomore album. While the track doesn’t appear to be on the soundtrack, their song “Short Change Hero” a Spaghetti Western love song is. The track boasts enough cinematic grandeur to have Quentin Tarantino considering the band for his next film and with the combination of one song appearing in the trailer and one in the film, The Heavy should find many new listeners in no time.

Also appearing on the soundtrack is Iggy Pop’s “I Wanna Be Your Dog” the 1969 song featured on their self-titled debut album. Its memorable riff, composed of only three chords (G, F# and E) played continuously throughout the song (excepting a brief 4-bar bridge). With its raucous, distortion-heavy guitar intro, pounding, single-note piano riff played by producer John Cale and steady, driving beat, the song established The Stooges at the cutting edge example of the heavy metal and punk sound.

Music from the motion picture Faster is being released by Lakeshore Records with music by Clint Mansell. The soundtrack will go on sale November 23, 2010 (Digital Download), and January 4, 2011 (In store). See the track listing below.

3.Just Dropped In (To See What Condition My Condition Was In) – Kenny Rogers & The First Edition

15.On A Mission – Clint Mansell