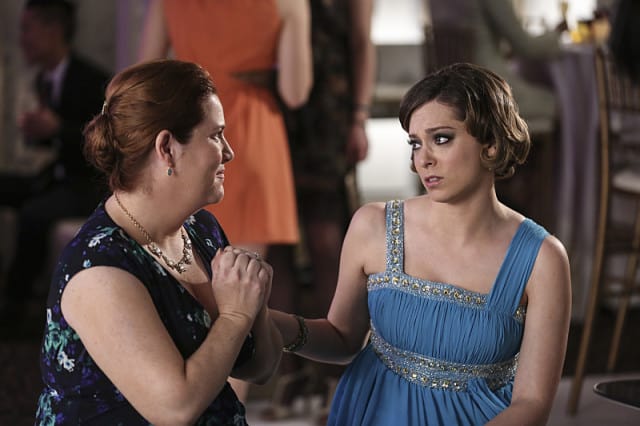 Crazy Ex-Girlfriend ended its first season this past Monday on a high note. The show, created by Rachel Bloom and Aline Brosh McKenna, stars Bloom as the titular ex-girlfriend, Rebecca Bunch. After running into a high school ex-boyfriend with whom she remains infatuated, Rebecca impulsively decides to move from New York City to West Covina, California to be closer to him. With its rapid-fire comedic delivery and thoughtful songs, the show manages to convey mental illness in a meaningful and complex way.

Crazy Ex-Girlfriend belongs to the oft-mocked and rarely successful genre of television musicals. Whether dramas or comedies, one of the genre’s major weaknesses comes from the simple fact that they’re television shows. In a feature film, more time and money could be spent on a small number of songs to craft scenes that help to develop the characters and show off their deepest emotions. Television musicals attempt the same thing, but have to craft enough songs to last a whole season and with much smaller budgets. Constance Grady also writes at Vox about how other TV musicals like Glee and Smash lost credibility by completely changing character personalities to make them fit with a particular song. In contrast, Crazy Ex-Girlfriend’s songs are always appropriate to a character’s personality.

Bloom has been writing and filming videos for funny songs for years now. Early videos like “Historically Accurate Disney Princess Song” and “Die When I’m Young” examine feminism and pop culture effortlessly. The triumph of her Crazy Ex-Girlfriend songs like “The Sexy Getting Ready Song” and “Settle for Me” is how hilarious they manage to be while still developing Rebecca and her friends. Bloom often shows off her body in ways that make use of her excellent physical comedy skills. The musical numbers also find the perfect style for each song, whether it’s a French cabaret number or a country daddy ballad (see “Sexy French Depression” and “I Love My Daughter (But Not in a Creepy Way).” 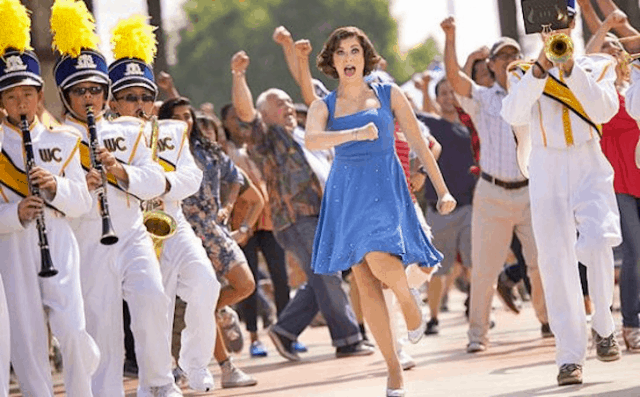 Another great strength of the show is how carefully it depicts Rebecca’s mental illness. Rebecca suffers from periodic depression and anxiety, perhaps even mania. The show mines her mental illness for comedy, yet never feels mean-spirited. Quite the contrary, it actively destigmatizes her condition by portraying her as someone who is still accomplished and capable of overcoming hurdles. The show is also bright and optimistic, which allows it to deal with Rebecca’s mental illness frankly without become hopelessly melancholy.

In addition to its frank depiction of mental illness, Crazy Ex-Girlfriend dares to show characters who rarely show up on television. Rebecca’s beloved, Josh Chan, plays an Asian bro. It’s a kind of character that has barely been represented on TV, and feels particularly fresh because of it. The roles that Josh and his competitor Greg play also strengthen the show. Usually the desired man in a romantic comedy ends up being cold and detached from his admirer, but Josh is one of the warmest and most caring characters found anywhere on television. He’s not particularly bright, but he genuinely tries to make Rebecca comfortable in her new home despite not reciprocating her feelings. Greg is somewhat more traditional as the snarky dark horse who truly cares about Rebecca, but the way he and Josh both seem like equally realistic partners for Rebecca is unusual and intriguing.

Crazy Ex-Girlfriend can’t be considered a hit with audiences, but critical acclaim and Rachel Bloom’s Golden Globe acting award helped the show secure a second season on The CW. It’s hard to predict how the show will continue to develop Rebecca’s obsession with Josh and her struggles with mental illness, but hopefully Bloom will continue to depict Rebecca’s struggles with the same humane spirit the show displayed in its first season.