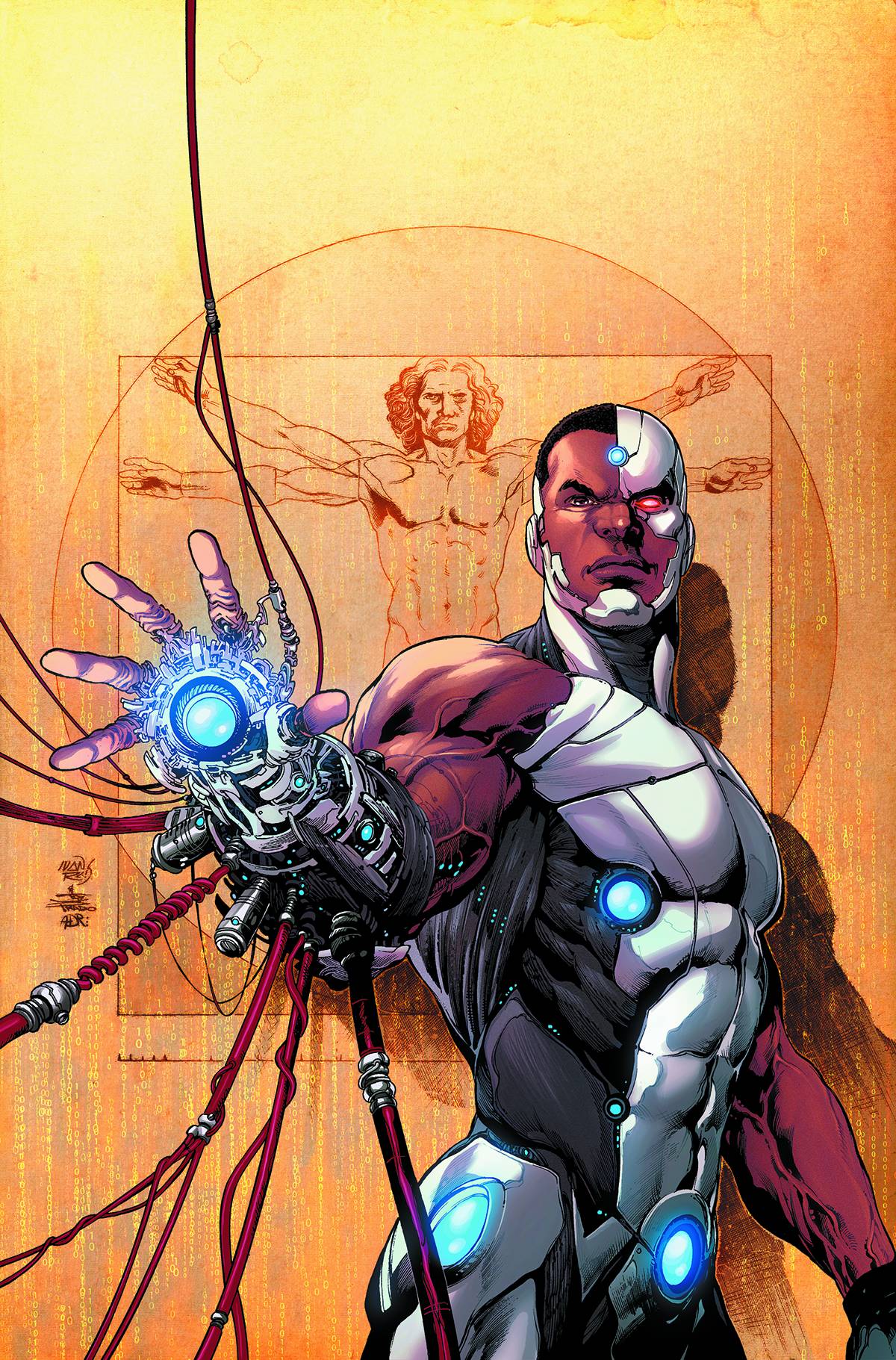 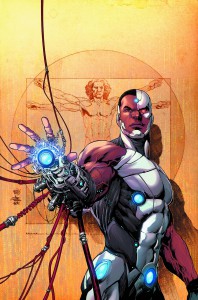 In August 2011, DC Comics changed everything with their line wide reboot dubbed “The New 52”. This reboot started with Justice League #1 and exploded with 51 other titles in September to get things rolling. In the first month of the New 52, every member of the Justice League received their own solo title with the exception: Cyborg. Fast forward four years later, and that issue is rectified with Victor Stone getting his own title written by David Walker and art by Ivan Reis.

Cyborg #1 opens up in a location only described as “somewhere in another galaxy,” with two warring factions, the space marine style Tekbreakers and the symbiotic Technosapiens. (For a visual reference, the Tekbreakers look like Halo‘s Spartans while the Technosapiens look like Venom and The Collector from Mass Effect 2 had a child.) Back on Earth, specifically Detroit where S.T.A.R Labs is located, people are protesting outside where Cyborg’s dad, Dr. Thomas Stone, watches from above with his team. Cyborg  is in the lab already because “teleporting is no big deal”, and he wants to discuss the latest evolution that his mechanical parts have gone through. Over the past four years Cyborg’s body has both willingly and non-willingly been upgraded, and this latest mechanical metamorphosis is one for the books from writer David Walker and the art team of Ivan Reis and Joe Prado

In the 8-Page DC Sneak Preview and replayed in the issue, Cyborg died fighting the Tekbreakers and the system repaired himself or itself to the point where Victor looks almost human with a kind of technological “Under Armour”. During this sequence, Ivan Reis and Joe Prado capture all the bewilderment, curiosity, and amazement of Thomas and his team going over the charts and data on this new development. And in a touching character moment,  Sarah, one of Victor’s friends at S.T.A.R, speaks for him saying how he should be treated as a human being and they should treat him as such. He gives the most heartfelt, meaningful smile he can muster, but she storms out feeling like she’s the only one that sees past the technology.

Back in the Galaxy far, far, away the Tekbreakers are retreating and one of their own gets captured and what could be best described as “modified” by the Technosapiens. This sequence in particular anyone familiar with a film starring two sides in an alien war can relate to due to the science fiction/horror vibe Reis and Prado give off with the agonizing pain the soldier practically screams out. Back at the lab, Cyborg continues his narration about being ignored despite being the topic of conversation. In a fit of rage, he demands attention and wants to be listened to. Sadly, Cyborg gets what he asked for when he shifts his arms to other worldly weapons he himself doesn’t even recognize.

Even though this another startling evolution for Victor, the people around still only care about what this could mean long term for S.T.A.R and technology as a while. Victor doesn’t care about the stares he gets because of his looks and form but, he also doesn’t want the technology to be the start and end of what defines him. He goes to see Sarah to talk about earlier and she nearly romantically embraces him and speaks up they should go somewhere else. Outside, the protestors are still raging and an old man with an eye patch and claw for an arm yell at Cyborg for not doing enough with the resources he has at his disposable. In the same few moments, a familiar face from Vic’s past says hello and the two set out for coffee with Sarah tagging along. The comic ends with a chilling cliffhanger featuring one of Cyborg’s most famous weapon and acts as a nice start to David Walker’s sci-fi conspiracy plot.

All in all, Cyborg #1 introduced more emotional beats, character development, and interesting concepts to Victor as well as hooking readers for upcoming developments in the series.