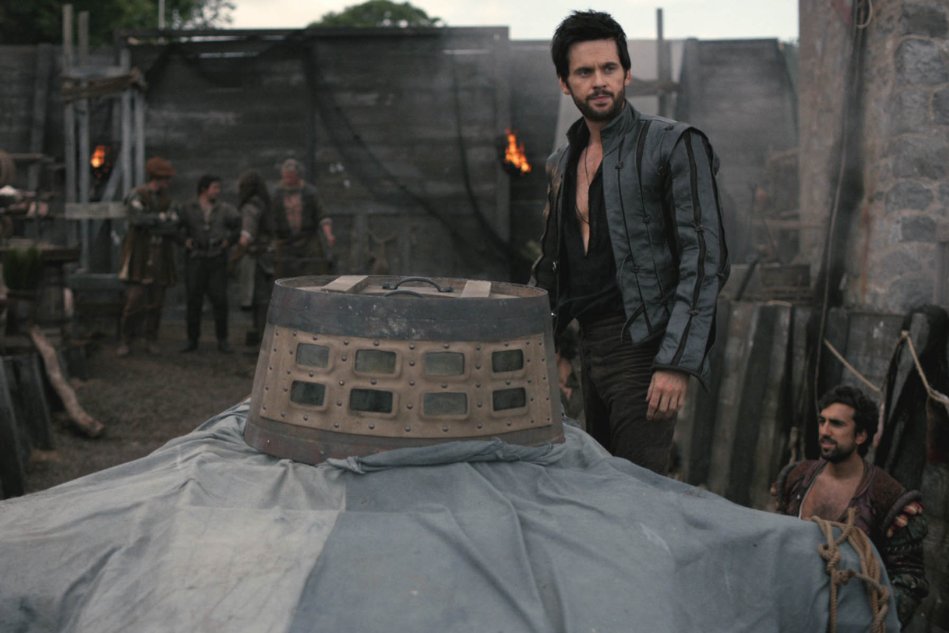 When Da Vinci’s Demons originally got a second season order with an additional two episodes, it seemed like a decision that would improve the season rather than make it drag. Like the series it just replaced in the Starz line-up, Black Sails, DVD has a huge world to explore. Naturally, it would make sense that more episodes would mean a fuller exploration of that world. Yet, when I was watching “The Voyage of the Damned,” it became clear that David S. Goyer would be attempting to build internally before building externally. The episode is absolutely a piece-moving episode, which is not an immediately damning quality. Game of Thrones actually gets by on being almost a piece-moving series. As long as the characters are engaging and the material interesting, piece-moving–when nothing really happens, per se–can be a perfectly fine way of telling a story. It’s much easier, though, for that kind of entry in a season to feel static and lethargic. As “The Voyage of the Damned” moves along, it’s pleasantly surprising to see how it starts in a worrying narrative stasis before moving into a rather entertaining episode that serves as the launching pad for what’s to come.

The most obvious thing the episode has going for it is da Vinci himself, who is at times equally hilarious and genuinely impressive in his capabilities as a Renaissance man. Admittedly, I was completely duped by the opening scene in which Leo is posing as Riario, with his signature sunglasses and a downright hipster fedora. As a sight gag, it’s brilliant. As a plot device, it’s just as good, showing how clever Leo can be in a pitch and how that’s sometimes not enough. More impressive, however, is da Vinci’s world’s-first submarine. Both Leo and Zoroaster kind of can’t believe the thing works (and when you see it on the screen, you most certainly can share that feeling). The impetus–Leo scurrying around the market, looking at fish for inspiration–isn’t one of the stronger ones we’ve seen in the series so far, but da Vinci is so much like Benedict Cumberbatch’s Sherlock Holmes that the ridiculous leaps each character makes don’t matter. We are supposed to trust in their genius or else allow ourselves to dwell on something that really isn’t worth dwelling on. I also appreciate the reference made to the underwater suit from last season if just to show the viewer that these writers have an understanding and appreciation of the inventive ideas that have come before. And, just as da Vinci is able to use strategy to overcome most of his obstacles in life, he outwits Alfonso in a sword fight despite being outmatched. After last week’s fantastic speech delivered by Lorenzo to the people of Florence, I was certainly hoping that Tom Riley would get a chance to shine when enlisting the former slaves to his cause, but as the time has not yet come for them to decide whether or not they’ll accompany the madman to the new world, the opportunity is still there for that cinematic kind of sequence.

Any doubts I’ve had about how DVD is handling the other storylines this season are more or less put to rest by “The Voyage of the Damned.” Finally, the Sixtus scenes are given legitimate intrigue by focusing on the relationship between the brothers. Now that Lucrezia is getting more involved, it feels like the pretender Sixtus is actually in some amount of danger of being found out. Because the power relations shift so much between families and cities in DVD, Naples being a new major player this year, having Rome’s influence on the ropes makes the more political aspects of the series much more interesting. Before, only Lorenzo carried much weight in making that material worth following. Now, there’s enough double-crossing and secret-keeping to make breaking away from whatever is going on with da Vinci less aggravating. There are still some characters who are more interesting than others–I’m glad we get more interaction between Clarice and Vanessa, which is about as friendly as you might expect–but there isn’t a storyline at the moment that’s boring, which is a huge credit to any series that has to balance several of them that are distanced geographically and thematically.

It has taken three episodes for it to feel like there’s been progress, but Leo finally seems to be on his way to the Book of Leaves. It might not be through the same methods that the Turk wanted, and it may be at the expense of the lives of those following Leo, but his character is made more endearing by wanting to follow his own path. Between this and Orphan Black (which returns two weeks from yesterday), this season’s Saturdays will hopefully end up being noteworthy nights for fans of genre television. 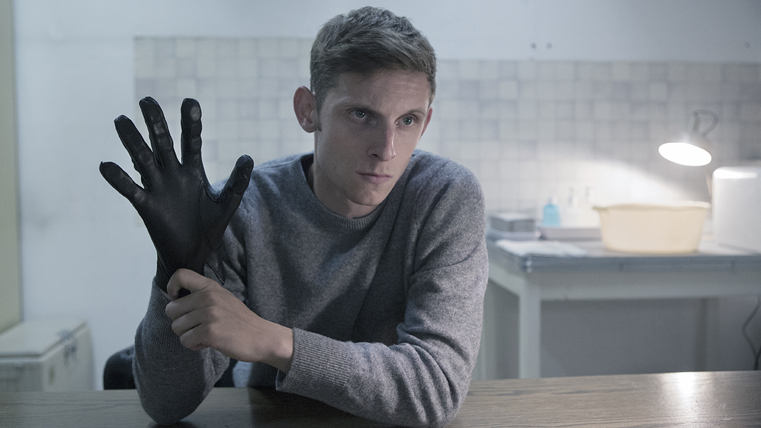 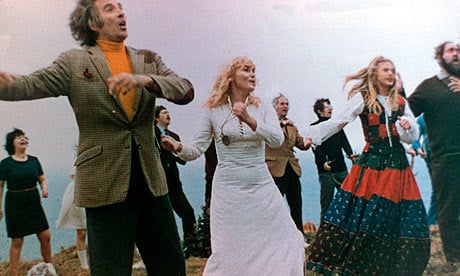