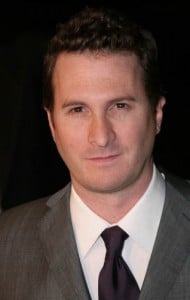 Darren Aronofsky is currently one of my five favourite American filmmakers working today, so needless to say, I was extremely disappointed when I discovered he would not direct the next Wolverine film. However in the long run it is probably for the best since it will give the director time to work on more exciting and original projects such as the pilot for HBO’s Hobgoblin – a proposed new series set during WWII. Now that sounds much better than another superhero movie my books. The show is written by Michael Chabon and his wife Ayelet Waldman. Chabon is of course the author of Wonder Boys, The Amazing Adventures Of Kavalier And Clay, and The Yiddish Policemen’s Union.

Variety announced the deal, but didn’t offer much but did say the story revolves around con men and stage magicians who band together and use their skills of deception and trickery to help bring down Hitler.

Also worth noting, is that the Variety article refers to Noah in the past tense, making some wonder if he is postponing the project. Also this is not the first time Aronofsky and HBO have partnered up – at one point he was developing a horror series for the network which never was made.