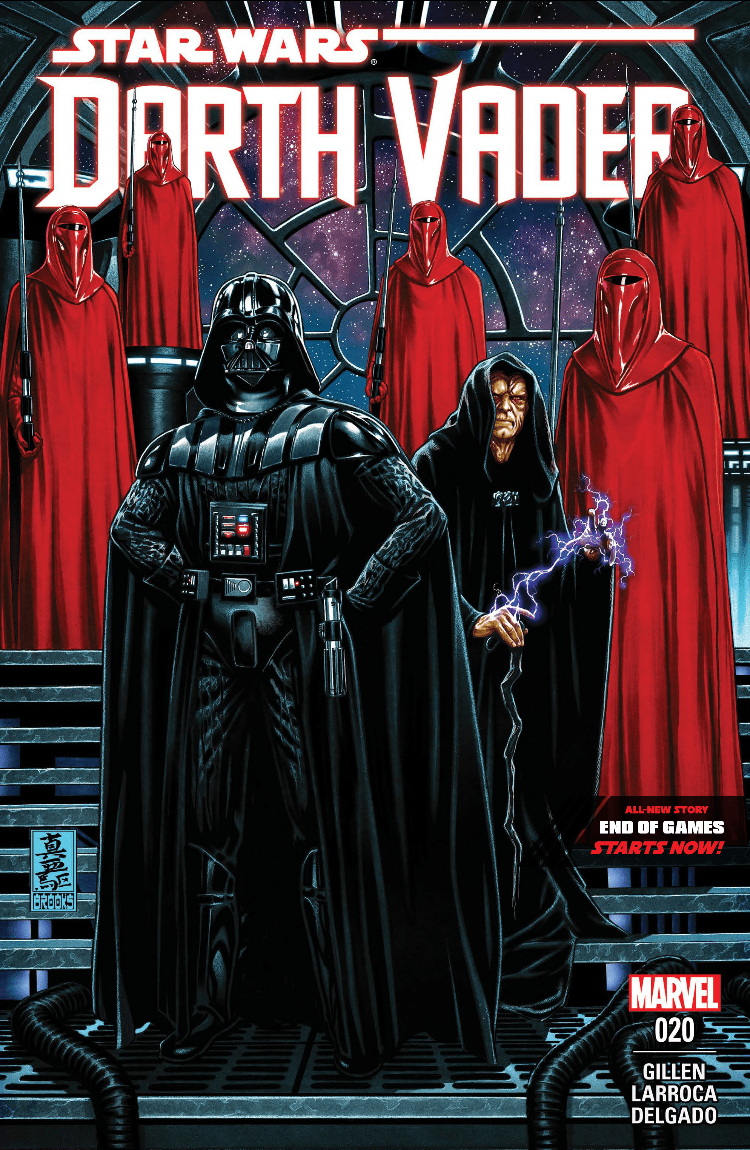 It’s been noted before that many of the supporting cast introduced by Kieron Gillen in Darth Vader are in many respects dark mirrors of the principle cast of heroes from the films. Vader is counterpart to Luke, father and son set on similar if opposite paths; the former is trying to prove himself a Jedi like his father before him, even as the latter is still needing to prove himself a Sith while seeking out his son. Likewise, Aphra is counterpart to Han (with some Indiana Jones for good measure), Black Krrsantan to Chewbacca, and Beetee to Artoo. Triple-Zero, therefore, would seem intuitively based on Threepio, and such is certainly the primary inspiration for the character, but the backup to this issue suggests an additional, far more intriguing, inspiration. In it, a character named Ruen, suspecting the unnamed droid’s identity, asks Triple-Zero:

“Do you know about the Triple-Zero Matrix, droid?”

“Only a little. Some manner of murderous protocol upgrade. Assassin bot. Sounds quite frightful.”

“The Matrix dates back to the Old Republic. No one knows who thought it was a good idea, but you can presume he didn’t live to regret it.”

A long, long time ago, in a galaxy that’s now non-canon, there was another assassin droid also concealed in the chassis of a protocol unit: HK-47. A fan favorite from not only the Old Republic era but also popular role-playing games named after the time period (Knights of Old Republic I & II), HK’s personality was strikingly similar to that of Triple-Zero, the only notable exception being a distinctive speech pattern in which he’d preface every comment with a qualification as to its semantic purpose. Otherwise, both are dry yet cheery, certainly sociopathic but not unfeeling, rather delighting in the death and destruction each deals out, specifically to “meatbags.”

Gillen’s pains to point out that the Triple-Zero Matrix has its origin in the Old Republic seems a winking nod to the reader that the creator’s conception for the homicidal android came in part from the video game character. Perhaps he possible has plans for future issues to reveal that the Triple-Zero Matrix was indeed installed in a droid named HK-47 first, or maybe he’ll never write as much, but it may be part of the author’s head canon, to be disclosed in an interview if not the issues themselves.

On September 25th, 2014, Lucasfilm officially expunged the Expanded Universe from the Star Wars series; it was the right move to make, freeing future writers to tell untold tales without worrying as to how such conflicted with the then current canon (even if the Legacy comics were a better sequel to the saga than the Force Awakens). Nevertheless, there was an entire generation of Star Wars fans, born between 1980 and 1990 about, who never saw the original films in theaters but had already become immersed in the mythology long before the prequels arrived, for whom novels such as the Thrawn Trilogy, comics such as Tales of the Jedi, and games such as Jedi Knight were every bit as essential as the films themselves. The hints here as to Triple-Zero’s origin are important as an implicit acknowledgment from the current creators to such faithful fans that the best of what was excised will not be fully forgotten but rather seeded into new stories where such makes sense. 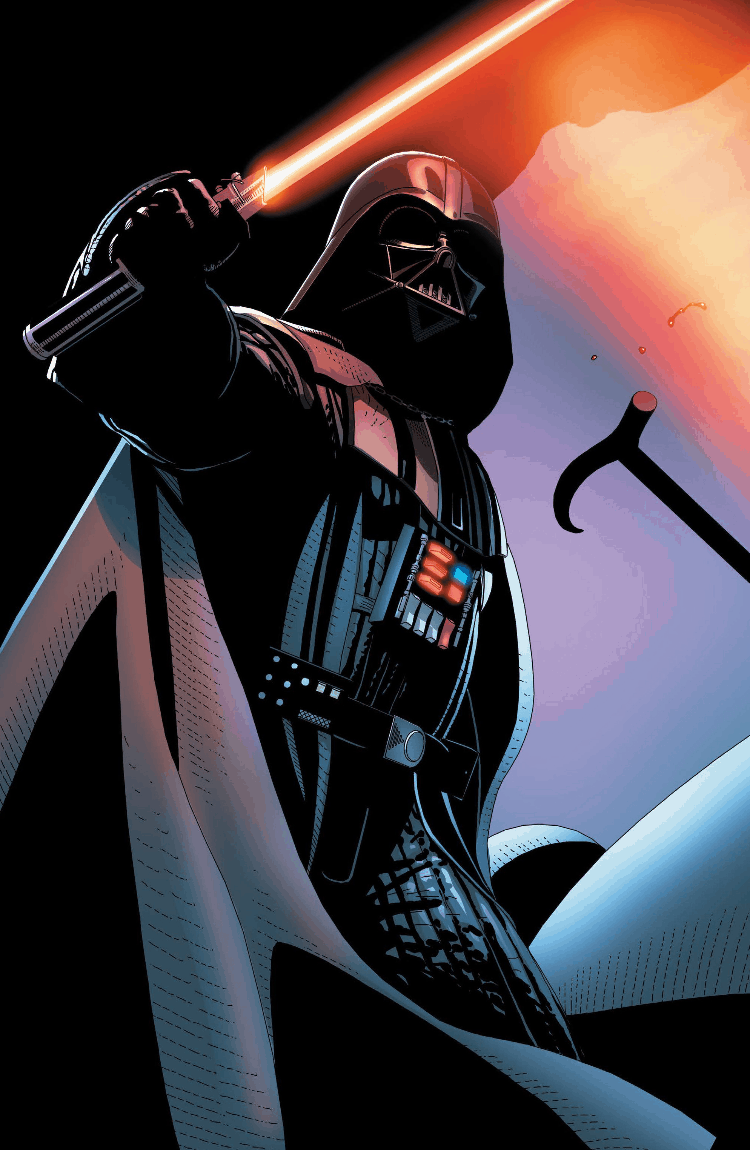 The main story of this issue was in keeping with Gillen’s usual excellence. Both Vader and Thanoth’s shrewdness shine. After nearly twenty issues of displaying disappointment and degradation towards his pupil, Palpatine purports to be proud of Vader, explaining that the events of the series as they transpired were as he intended all along, including Vader’s triumphs over his rivals. Vader swallows none of these lies, even calling out his master on the obvious deception. “If any of Cylo’s toys had succeeded, you would be making this speech to them.”

Thanoth, one of the best new characters added to Star Wars in years, gets a fitting send off long before he’d overstayed his welcome. In a surprising twist, he’d discerned not only Vader’s numerous attempts to cover the tracts of his treason, but also Vader’s past identity as Anakin Skywalker. He’d won the game of cat and mouse droid he and Vader had been playing since the series’ start, and only on his own terms did he allow Vader “victory” in the end.

With any hope Gillen will continue to mine material from the old Expanded Universe and integrate such into his series, whether winkingly or overtly. Darth Vader is a better comic for the inclusion of characters like Triple-Zero. Taking the best of what Star Wars once was and building it in to what the storied space opera will be from now on is working to lay a firm foundation for the franchise in the future.