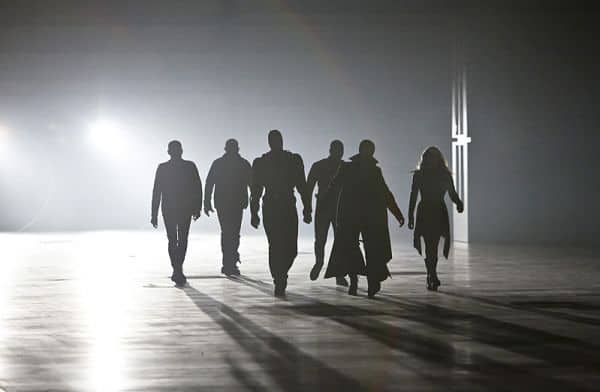 The penultimate episode of Legends season one brings the unheralded death of one of the crew, and this time it seems like it’s going to stick. The series has played with death before – Carter was killed in an early episode, Ray and Jax have both been at death’s door, and the show teased Mick’s death for several episodes. None of these had lasting consequences in the show’s reality however – the team found Carter in a different time period, Ray and Jax survived, and Mick turned out to not have been blasted by Snart’s cryonic gun. The death of Leonard Snart, however, is real, or at least the exit of his character from the team is, with the news that Wentworth Miller inked a deal that locked him into only one season of Legends in light of his duties on the Prison Break reboot.

According to Deadline, Leonard Snart will appear in the next season of Legends of Tomorrow, but not as a series regular, and has signed a deal to appear as Snart occasionally across multiple Greg Berlant-helmed shows, including The Flash and Legends. Whether it will (somehow) be the Snart we’ve come to know up until this point, or perhaps, in The Flash, an alternate-universe version of Snart, remains to be seen.

Captain Cold, particularly for a character whose death must have been planned since the series’ inception, goes out with oddly little fanfare – there was more buildup and emotional response to Ray’s near-death, for example, than to Snart’s actual death. The moments leading up to his death, moreover, include a very silly event, and a very compelling event, and if that’s not representative of Legends at this point, I don’t know what is. The very silly event is the origami series of switcheroos that lead up to him ultimately sacrificing his life – first Ray is going to be the sacrificial lamb, then Mick takes over, then Leonard, and while it does cause a moment of fear for each character in turn, it’s also mildly eye-rolling – must we build the suspense three times, and have crew members knocked out twice? How many noble idiots willing to sacrifice their lives are there on this ship? 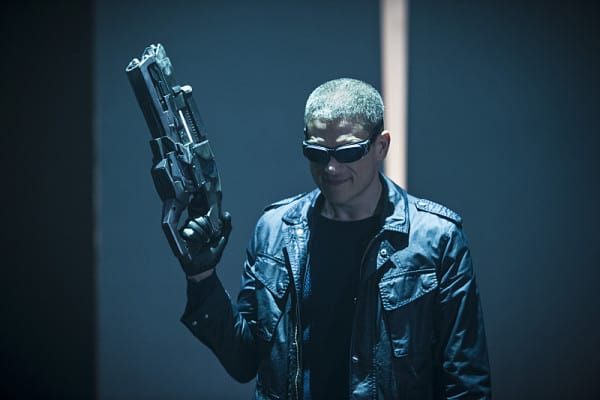 The compelling event is, of course, the Sara-Leonard kiss, which has been long coming as both the characters and the actors had long-running, simmering chemistry. Yet, like Leonard’s death, it felt rushed and a little forced, because there was next to no buildup of an actual romance between Sara and Leonard, merely a few mild hints here and there. Forced to work with what they had, presumably the writers decided to not ignore the character chemistry entirely, and to give fans a boon, but also not to develop it into a full romance, since Snart would be written out at the end of the season.

This episode introduces several bold game-changers. Chief among these reveals is the fact that the Oculus, a powerful, mystical weapon in the hands of the Time Masters, has been controlling essentially all of time and fate, and being wielded by the Time Masters to control the Legends team in particular. This is comforting because now you can tell yourself that the total inefficacy (in most ways) of the Legends efforts and the way they persistently fail is not lazy or repetitive writing, but driven by this planned Plot Twist! While you comfort yourself with this, try to ignore the fact that it makes almost everything that has happened on the show completely irrelevant. Also, the mechanics of, and rules binding, the Oculus are barely explained, making this another throwaway piece of the show’s shambling mythology.

At the very least, however, this does give the Legends something genuinely important to do, an act that can change the world and doesn’t involve killing Savage (an act at this point I think we can all accept is never going to happen. He’s the drunk uncle at family gatherings who never goes away). They band together to destroy the Oculus, and in a surprise twist, manage to actually get it done. Blessedly, this is a huge blow to the Time Masters, who are much more effective at villainry than Savage, so there is an element of satisfaction in seeing them temporarily defeated. Despite being more competent and considerably more subtle than Savage, they still manage to be dreadfully boring in speech and motivation however, so just as well if this event sends them into temporary hiatus from the show.

The final stretch of season one’s episodes has shifted character focus from Doctor Stein more to Sara, Kendra, Ray, and to some extent Leonard. This has resulted in Doctor Stein, and in turn Firestorm (poor Jax has never had much development or screentime compared to the others) being rather boring when the focus does shift to him/them. Doctor’s Stein’s role as a scientist and sometimes father/mentor figure to some of the team has not come into play recently, with the skills of the more stealthy and action-oriented members being required instead. Stein and Jax’s interactions, when Jax jumps back to the team’s inception, feel repetitive because they so closely mirror their Firestorm conflict that was exhaustively explored early on. Having said that, the moment in which Stein apologizes to Jax, and Jax responds, is genuinely sweet, and highlights the character growth on both their parts.

The finale should bring the rescue of Kendra and Carter from Savage’s clutches, and also set the new tone for the show – now that the fate of Rip’s family is seemingly sealed, and the crew can no longer look backward and forward in time to get information, but must experience time, in a sense, in a vacuum, where will they choose to go? What will guide them, now that they can’t rely on future history? With the show renewed for a second season, and two new characters set to be added, next week’s finale should set up the new stakes and structure for the next season.