Warning: The following contains major thematic spoilers for a movie nobody has seen.

It hadn’t been 2 weeks since its release when Brad Bird’s new film Tomorrowland had been dubbed a “failure” by the very studio that released it. In those two weeks the film was beaten at the box office by the sequel to a movie where glee club girls slid around in vomit, was projected unable to make back its reported 190 million dollar budget and became Disney’s convenient scapegoat for scrapping production on “Tron 3” – which caused internet trolls to take a break from complaining about Tron: Legacy and the abundance of sequels and remakes to complain that they won’t get to see “Tron 3”.

As with all news that goes viral, the reaction was swift and disproportionate, allowing box office performance to tarnish the film’s image and shut down discussion of the movie itself. A discussion we can have right now. Because Tomorrowland isn’t just not a creative failure, it’s one of the more ambitious big studio movies of this young year.

Directed by Brad Bird (whose consistently terrific filmography includes The Iron Giant, The Incredibles, Ratatoullie and Mission: Impossible: Ghost Protocol) and written by Bird and Damon Lindelof (Internet troll bait since the Lost finale), Tomorrowland opens with George Clooney’s Frank Weller addressing the camera and bickering with Britt Robertson’s Casey Newton. He says something simple and profound: “The future wasn’t always like this”. Tomorrowland states its thesis right off the bat and then spends the rest of the film elaborating on it.

Immediately we are given a flashback of the 1964 World’s Fair, the prototype for Disney’s Tomorrowland EPCOT theme park which now serves as wistful nostalgia. Tomorrowland isn’t about time travel or the future, it’s about our perceptions of the future and our perceptions have changed radically. Back in the 50s and 60s, the future was all chrome, flying cars, jet packs, helpful robots and The Jetsons. Now, the future is The Walking Dead, dystopian societies ruled with an iron fist, global warming, bloody literal class warfare or the Earth just simply crumbling apart.

At first blush, the casting of Clooney with a teen and pre-teen girls would seem like the film was baiting that segment of the population that looks for pedophilia everywhere and spends their days going frame by frame through Disney movies looking for penises and Illuminati symbols. But its key to the story, to juxtapose these two different generational views of the future. Newton is the proverbial “choosen one” simply because unlike other young adults. she’s an optimist. The film’s chief ticking clock is a self-fulfilling prophecy, the more we consume dystopian ideas, the more likely we are to create them. Lindelof and Bird visualize this as two wolves fighting, the forces of light and the forces of dark, it’s an existential metaphor cleverly made bite size for the kids.

The best comparison would be to last year’s brilliant The Lego Movie, in which Chris Miller and Phil Lord took what could have worked as an adventure starring LEGO characters and took it up to that next level and made a meta film about how children play with toys. Tomorrowland isn’t about an adventure through a future, but about the idea of a “Tomorrowland”. The journey toward the future, which is why so much of the film is itself a road trip that takes place outside of the sci-fi paradise. Lindelof and Bird’s script sidesteps expectations we would have for a movie based on a Disney theme park ride at every turn. Instead of the future, their Tomorrowland is a parallel dimension created into a society by allowing geniuses to bring their imaginations to life without naysayers and government intervention. The two times in the film when we get to see a fully functioning Tomorrowland are teases, but they suggest a Utopia that would be almost impossible to set an entire film in without creating some artificial conflict. What Bird and Lindelof have done here, is far more clever.

It’s hard to blame people for being disappointed in Tomorrowland. While it does feature a few bravado sequences, none better than when a group of smiling Disney animatronic-like robots attack Clooney’s house and he fights them off with a slew of ingenious traps, the film is not an action movie. It was poorly marketed as one and pushed out in the middle of the summer where it would have done better amongst more cerebral fall releases. Many critics have cited the film’s PG-level violence for its poor performance. In the movie, innocent people are vaporized by robot lasers with less intensity than what an 80s Steven Spielberg/Amblin Entertainment film inflicted on a less coddled generation. 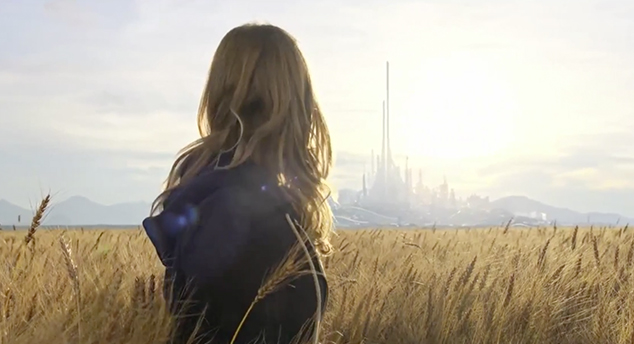 How bad is the marketing? Did you know that Hugh Laurie was in it? Yeah, and it’s a big role. Laurie is ultimately the one given the film’s James Bond villain monologue that brings all of these ideas to a head. It’s a near applause-inducing speech similar to The Architect’s from The Matrix Reloaded laying out mankind’s habit to gobble up misery. Only this time, it isn’t generalized. Tomorrowland comes in the middle of the Young Adult Dystopian film craze and positions itself as a very deliberate antidote to their gloom and doom, offering up the far less hip and trendy idea of hope and optimism. Laurie all but points a finger at The Hunger Games, Divergent, The Giver and The Maze Runner and says that their success is why we didn’t get and don’t deserve the utopian idea behind “Tomorrowland”.

It’s a bit odd that audiences sneered at this movie based on a Disney theme park ride, when Pirates of the Caribbean was so universally  accepted. Why Tomorrowland was treated as a Disney marketing ploy while families can’t stop throwing cash at Cinderella and their now annual assembly line live action remakes of classic animated films. Tomorrowland is another rock solid Brad Bird film, drivin on details and creative ideas, crisp beautifully shot action sequences, and a very good performance from Raffey Cassidy as the subject of Young Weller’s (Thomas Robinson) broken heart. It takes a slew of obvious ideas (the concept behind Tomorrowland’s rise and fall feels akin most recently to Andrew Ryan’s utopian Rapture in Bioshock) and wraps them into an original creation that does something very few big studio summer movies do – it steps out there and says something. Tomorrowland’s place as a movie may end up an irony, a very contemporary comment that will be more appreciated in the future. 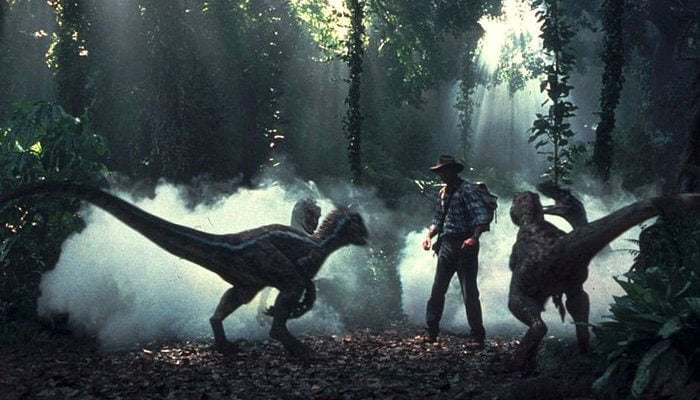 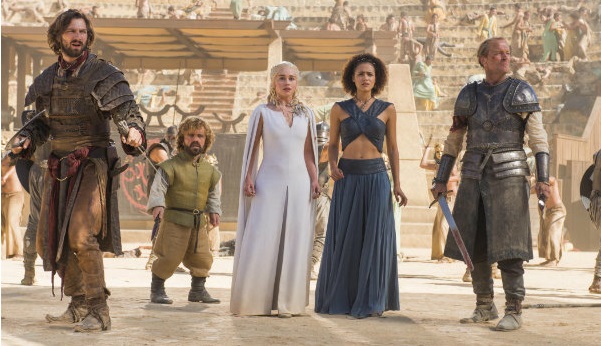