Written and directed by Quentin Tarantino

If you ask a girl about the nuances of makeup, she’ll probably tell you that great technique is one where you barely notice the result. Ask a filmmaker about the nuances of editing and he or she will probably tell you the same. Ask Quentin Tarantino the same question and he’ll probably agree. His long-time cutting room dance partner, Sally Menke, was a bit of a virtuoso in her field (described by Variety as the “definition of precision”), and as such, her work was largely unnoticed by those in the un-know. Django Unchained, Mr. Tarantino’s first film since Ms. Menke’s untimely death, sees Fred Raskin stepping in to fill her sizable boots, but unfortunately for both he and his director, their collaborative result is a Tarantino film that, for the first time, makes the editing disagreeably noticeable.

The film stars Jamie Foxx as the titular Django, a Southern slave who was forcibly separated from his wife Broomhilda (Kerry Washington). Django is made a free man by dentist-cum-bounty-hunter Dr. King Schultz (Christoph Waltz), in typically bloody fashion, and is enlisted to track down a trio of wanted men. After proving his worth, Django becomes a gunslinger in his own right, and with the help of Dr. Shultz, embarks on a mission to rescue Broomhilda from a Mississipi plantation owned by the pugilism-loving Calvin Candie (Leonardo DiCaprio).

The most severe drawback early on in Unchained stems from, ironically, the very quality that Mr. Tarantino’s known for: his complete irreverence. With a casual lack of concern for historical accuracy and tact (à la 2009’s Inglourious Basterds), Mr. Tarantino, from the get-go, creates a tonal atmosphere of near-boyish glee with his barrage of echoing gunshots, exploding body parts, and extremely black racial humour (pun unintended). At times, you can almost feel him smirking at how stylishly clever and daringly subversive he is.

For example, there’s a scene where a cavalcade of hooded men come charging over the hills to the Messa da Requiem by Giuseppe Verdi (a dual homage to The Birth of a Nation and Battle Royale, perhaps?), looking for Django and Schultz. Suddenly, it cuts to before the attack, where the hooded men are humorously arguing about the user-friendliness of their hoods and their shoddy quality; then it cuts back to the cavalcade. This is a poor editing decision for two reasons; one, it completely breaks the flow of the particular scene, losing its tension and momentum (couldn’t that ‘funny’ interlude be put at the beginning of the scene instead?); two, it’s completely unrelated to the central plot at hand and is largely unnecessary (unless you count explosions as a necessity).

More importantly, the film’s early approach somewhat diminishes the seriousness of both the slavery depicted and Django’s personal arc, so, almost if knowing this, Mr. Tarantino compensates with sporadic and often graphic images of torture and sadism inflicted upon the black characters. Scenes of flogging and various macabre abuse are injected to off-set this strangely nonchalant tone, which causes the overarching tenor to be uneven, the aforementioned scenes feeling too forceful with its visceral appeal, and the whole beginning half feeling too long by too much. As a result, the film rarely feels like it has the right rhythm or balance.

Despite the first half, Unchained does come together when Django and Schultz finally reach Candie’s Mississippi plantation; at which point, Mr. Tarantino’s penchant for verbose ballet comes into full form (not to mention his eclectic mix-tape of a soundtrack). With the introduction of Samuel L. Jackson as an overly obsequious servant and Mr. DiCaprio’s smarmy performance, the dialogue is punched-up a significant degree, with the latter giving a fiery skull-aided speech that would rival the one in Shakespeare’s Hamlet. Furthermore, where the banter between Mr. Waltz and Mr. Foxx comes off as stiff and lacking chemistry, the former’s interaction with Mr. DiCaprio’s Candie benefits from sufficient charisma and bravura on both sides. Finally, the film’s dénouement is quintessential Quentin Tarantino, leaving a bloody mess and a satisfying smile.

Ultimately, though, Unchained is far too long for its nearly three hour running time, with new editor Fred Raskin unable to control or moderate Mr. Tarantino’s indulgence in his own style. In fact, this could be best encapsulated by his incessant and liberal use of the N-word (you might remember Spike Lee famously chastising Mr. Tarantino for his fixation with the word; Mr. Lee counted its usage 38 times in Pulp Fiction). The word, which is laced with heavy historical significance and politics, is powerful and moving when used sparingly, banal and reduced to a matter of style-over-substance when not. Considering its antebellum setting, Django Unchained certainly had the context and license to use said word, but falls into the second category by its ridiculous over-usage (upwards of 90 times, by last count). If Mr. Tarantino’s usage of the word seemed tame or innocuous in his previous films, it certainly feels the exact opposite in his latest effort, and it seems like much of it has to do with the absence of his late editor. 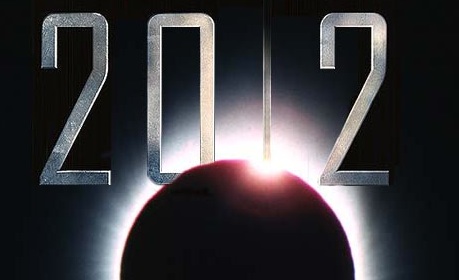