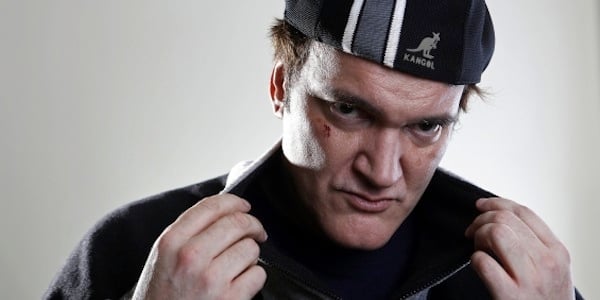 In just barely over a week since its Christmas release, Quentin Tarantino’s eighth feature film, Django Unchained, has exhaustively become a source of public controversy for its setting amongst southern, pre-Civil War plantations where the height of the black man’s plight in the United States was the accepted norm. Not the least of the film’s detractors, the also ever-increasingly controversial auteur Spike Lee has openly refused to patronize his notorious rival’s latest, fairly stating he cannot comment much further due to this position but adding that the piece appears to be a disgrace to his ancestors.

As talked to death as the subject already feels, my own leanings would leave me remiss not to weigh in after what feels like much more than seven days digesting and discussing the new work of one of my – and just about everyone else’s – favorite filmmakers, and the decidedly preemptive reaction to it from, sure enough, another of my favorite filmmakers (whose own new narrative feature, the important Red Hook Summer, is one of my more cherished films this past year).

Reviews proper from all sides have naturally covered Django‘s technical successes and falterings plenty, and of both the film does indeed have plenty. Yes, Sally Menke’s absence is greatly felt. No, the Tupac in the otherwise characteristically superb soundtrack doesn’t quite fit. Maybe our progressively shameless filmmaker has finally tipped the scales toward fanboy regurgitation as opposed to the previously more elegant reframing of his worthily beloved grindhouse fare. To the film’s credit it is never boring even in its less wieldy stretches, and like anything else in its creator’s catalogue it easily invites reevaluation through revisitation. Through all this Django still feels as though it may be good – if not comparatively good for Tarantino – and I can see the entertainment value. Ethically, however, is where Django truly finds its fault.

Considering ethics alone, I find myself compelled to place Django Unchained toward the bottom of the 2012 stack (in the cold company of John Carter, Mirror Mirror and 2016: Obama’s America), and certainly that of Tarantino’s career thus far, even if that may sound like a hyperbolic stretch based on the fact that the lowbrow material’s sole aim is to but entertain. Therein, however, does lie one major issue, in that more than 2.5 hours of being bombarded with graphic brutality against the enslaved does not entertainment make. Okay, there is more to Django than just that but the barrage of visceral cruelty against those who were then considered 1/3rd of a person is so persistent that it demands to be addressed, and this introduces the more important issue: Django Unchained is ultimately not concerned with slavery despite its gratuitous focus on as much.

American slavery’s gravest ills loom dark throughout, yet the film steers clear from directly addressing its own subject matter. Our ensemble cast may extensively verbalize for or against slavery so we will experience less doubt in their motives and rapidly align ourselves accordingly, but all this comes of use for is a means to more easily make heroes or villains of thinly wrought characters.

This is a revenge picture and nothing more – which would be perfectly acceptable; not every movie with slavery in it needs to be Amistad or Roots, or Lincoln for that matter – but at nearly every turn Django puts itself in a position where it becomes its obligation – nay, its responsibility – to address the viciously inhumane setting its characters are weaving through and in certain cases enforcing. It is calling out for our hero to become Tarantino’s Nat Turner, though stubbornly it can’t be budged beyond its selfish aim. This is a gross social disrespect that makes fools of we the audience and a fool of its otherwise impressive filmmaker.

Incidentally, this also makes it all the more troubling when the slave condition, of all things, is frequently played for laughs – something best exemplified when primary antagonist Calvin Candie (a terrifyingly against-type Leonardo DiCaprio) disgustingly ridicules a slave for not knowing a certain word’s definition at a point where this same conditional ignorance has been previously implemented in whimsical efforts to make Django himself (Jamie Foxx) more endearing.

Tarantino’s prior offering, the objectively similar and – despite the occasional stylistic misstep – vastly superior Inglourious Basterds not only brilliantly twists its deliberate contradictions regarding its amusing-turned-revolting descents in to screen violence back on its audience to make for an intriguing underlying commentary, it also gracefully avoids Django‘s detrimental issues that have me so hung up. Outside Hans Landa’s (Christoph Waltz) descriptions of his profession, Basterds does not explicitly depict the evil of the Holocaust, wisely choosing to take such information as read. On top of that, through its well-drawn individual characters the story actually is about fighting the Nazis as opposed to a personal vendetta and we do get to see the ultimate goal achieved as a Jew cathartically blasts to pieces none other than Adolf Hitler himself.

Though he is never in a position to fictionally alter history by ending slavery altogether and this is not expected of him as of the film’s onset, Tarantino’s underdeveloped protagonist Django is in fact never concerned with anything more than the rescue of another underdeveloped individual (Broomhilda, played by Kerry Washington) with whom he shares a – you guessed it – underdeveloped relationship, and on several occasions intentionally ignores this bigger fight that is persistently thrust in his face. By design – perhaps due to a broad attempt to make the good and the bad foils of one another – the one fleeting act that could prove exception to these qualms is not even enacted by Django, its potential for catharsis neutered (much like many other examples of retaliatory violence found within) and its thematic resonance quickly swept under a rug.

By the climax Django is seeing through purely vengeance-tinted lenses to the point that he fails – not even trying – to recruit his enslaved brothers in the interest of a far superior final confrontation. Further still he shows no hint of sympathy for another slave whom he despises before even meeting him simply due to the man’s circumstantial status on a plantation, compromising a potentially intriguing trajectory for Samuel L. Jackson’s Stephen. When all is said and done the dubiously comical Stephen may not deserve mercy, but here we have yet another neglected facet of the potently present overarching conflict.

As for a sly twisting of contradictions a la Basterds, one might observe the aforementioned instances of black characters not knowing certain “five-dollar words” due to their oppression, noting that these instances’ differences begin to tread down this road. I would agree, but it’s a false start that leads nowhere.

Now, all this said, I do recognize that Django Unchained is still an exploitation movie. In fact, to go further in this appearance than its definitively exploitative title that marries Franco Nero to pepla, its narrative essentially provides the skeleton of classic blaxploitation. As such I do not presume it is some kind of major setback for blacks in contemporary society, and it is certainly not as backwards as something like 2011’s stereotype-reinforcing, white savior fluff piece The Help. I ask us to remember, however, that the widespread enslavement of blacks in America is only a century and a half old, and of course the widespread oppression of blacks remained stubbornly prevalent after the passing of the 13th Amendment and well in to the 20th Century. To say it is no longer a sore spot despite what we may wish would be a sorry mistake. The conversation is not over.

What Tarantino does not seem to comprehend here is the idea of “representing”, that being a term I admit has lost some of its significance over the decades through overuse in popular culture (a note for those who have seen the film in question: it does not equate to a prancing pony). The blaxploitation films Tarantino reveres “represented” by exploiting the black experience to inspire and empower when no other films would, and through this they created positive symbols. Contrarily, while too caught in its meager efforts to pay all-too overt homage to the spaghetti western in the face of its chosen conflict, Django Unchained exploits the black experience to evoke hatred – hatred it is satisfied to leave dangling come the roll of the credits, rendering it a negative, shameful and, yes, disgraceful picture in a time when many non-white films are getting shafted in the mainstream. As Spike Lee might say, that’s the truth, Ruth.

Finally, to take a cue from Django‘s superior forebears and put a bow on this editorial with a positive note, if one is interested in a worthy film sharing the vein of Django Unchained, I will recommend Paul Bogart’s 1971 western Skin Game starring Louis Gossett Jr. and James Garner. It may not be particularly proficient in terms of technical execution, like Django, and in this direct comparison it certainly does not possess Django‘s abrupt force that has been winning over so many audiences, but its story is wholly captivating as it charts ahead-of-their-times black and white partners utilizing the racism around them to pull off lucrative cons before becoming involved in a more poignant scenario covering themes of African heritage and taking action when finding a cause bigger than yourself, and a resulting Robin Hood-esque battle against greater injustice. 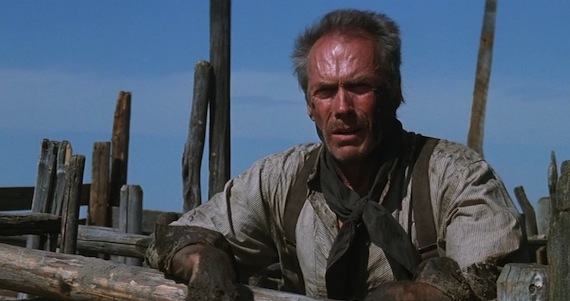