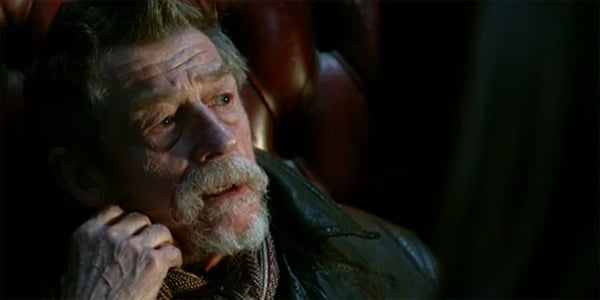 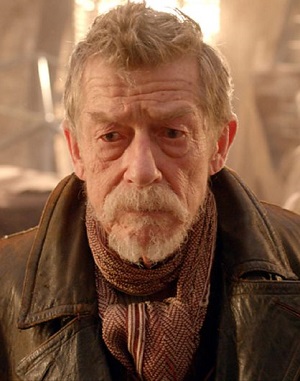 Companion(s): He doesn’t have any. The closest he comes is Clara in “The Day of the Doctor”, but she’s much more the Eleventh Doctor’s Companion in this story

Signature look: Leather jacket, loose ascot or bandana, waistcoat with pocket watch and chain, bandolier with sonic screwdriver, and shin coverings or boots of a sort

Catchphrase: “No More”, alternatively “Gallifrey falls” or “Gallifrey stands”. He says each either several times or very prominently

Personality: The War Doctor is cagey and a little cranky. He is tired after what appears to have been a long, long life of trying to resolve the Time War. Though he is battle-scarred, he still feels very young when compared to his successors, the Ninth, Tenth, and Eleventh Doctors. When he meets them, he finds the Tenth and Eleventh to be annoyingly immature and mannered. He also has a strong sense of duty and feels an obligation to end the Time War, no matter the cost to himself.

Signature foe: The Time War. He may face off against the Zygons in his story, but his real antagonist is the Time War itself and what he must do to end it.

Highlights of tenure: Taking the Tenth and Eleventh Doctors to task, interactions with the Bad Wolf/Moment, his quiet cup of tea with Clara

Lowlights of tenure: His demeanor changes dramatically upon realizing what the Eleventh Doctor’s plan is to save Gallifrey. It’s a nice scene, but he feels like a different character all of a sudden. Perhaps that’s appropriate, given the significance of the revelation, but it stands out.

Death/Final Words: After the events of “The Day of the Doctor”, and perhaps because of the three Doctors’ crossing of their time stream, the War Doctor enters his TARDIS and begins to regenerate. He’s not surprised, commenting that his body, much like the First Doctor’s, is beginning to wear thin. His final words as the War Doctor are, “I’d hope the ears are a bit less conspicuous this time.”

– [re: the Tenth and Eleventh Doctors brandishing their sonics] “Oh, the pointing again! They’re screwdrivers! What are you going to do? Assemble a cabinet at them?”  “The Day of the Doctor”

– “Great men are forged in fire. It is the privilege of lesser men to light the flame.”  “The Day of the Doctor”