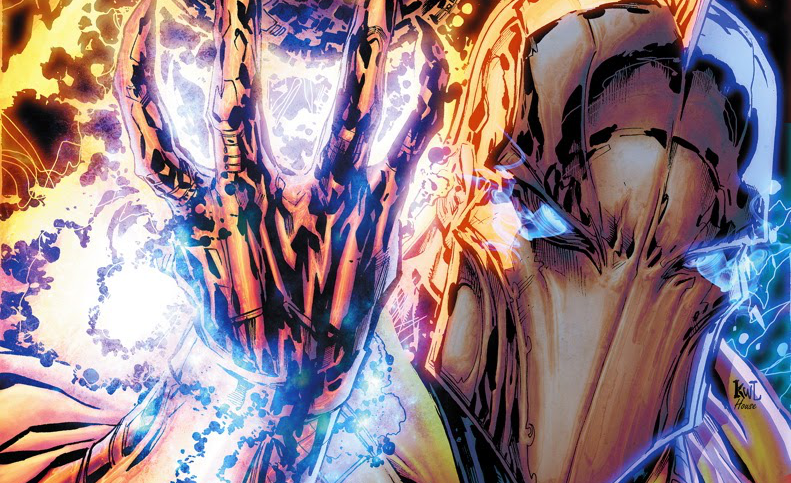 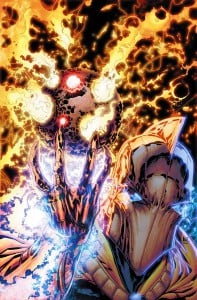 Well, Earth 2 returns once again and the best that can be said is, it’s not as bad as last time. Granted that’s not saying much, but when a series sets its bar so low it’s subterranean, one should take what they can get.

To its credit, this issue is by far one of the better issues of Earth 2 in a long time. It’s not another trite anthology series about characters who have little to nothing to do with the series. In fact, this issue stars Dr. Fate and Queen Marella, two characters who have had all too little to do in World’s End. Unfortunately, this series doesn’t drop the other problem with the previous Earth 2 entries, that is to say, it’s inconsequential to the story. The plot is as such: Khalid Ben-Hassin, barer of the mantle of Dr. Fate, goes to Apokolips on impulse to fight the New Gods  head on. He gets overwhelmed, has some trust issues with the helm of Nabu, and heads back home with Marella being in a side story. It’s a time filling insignificant plot line to a series that’s entirely composed of insignificant plot lines. It takes what progress could be made with these two characters, who deserve their own recognition, and does absolutely nothing with the time allotted. One would think with three writers onboard, one of them would have gotten sick of writing generic, pointless, filler arcs.

Earth 2 #31 goes on to commit other crimes of its sickly cousin, World’s End, by having three separate artists onboard. Honestly, what is even the point of having a monthly production rate if no one on board can be bothered to produce a full issue. To be fair, Andy Smith and Trevor Scott are miles beyond anyone on World’s End’s block of pencilers and inkers. It’s just perplexing that no one can be bothered to do a full issue on their own. Perhaps DC fears reminding Earth 2 readers what quality is. There’s nothing wrong with the art this time around. The worst that can be said is that Cliff Richards has issues drawing scenes underwater and his depictions of Atlantis have its share of problems. Given how few pages he does, it’s barely noticed. 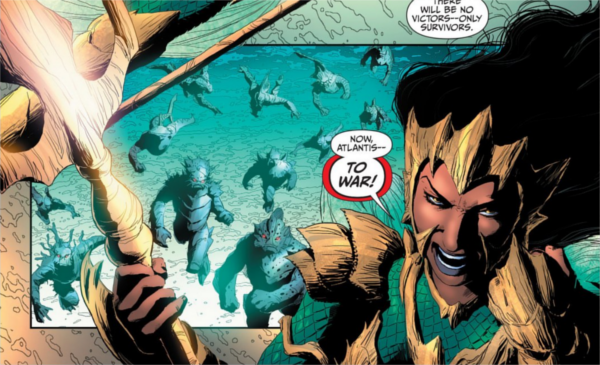 Earth 2 continues its fall from grace. What was once the greatest title in DC’s line up has been turned into peddling garbage, and every month it becomes more tragic. This issue is not even for the most dedicated of Earth 2 fans as it accomplishes nothing in terms of narrative except convince Queen Marella to perhaps show up in World’s End. April cannot come soon enough when this series can finally be put out of its misery.