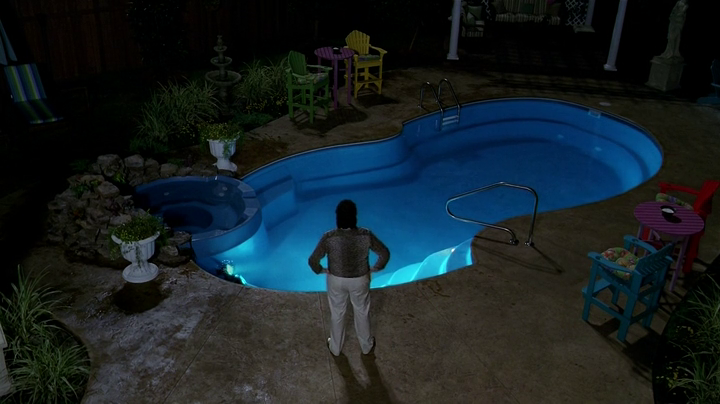 As season four carries on, the parallels between Eastbound and Down and Breaking Bad could not be more obvious: two white men doing what they do best for the sake of cash and glory, resisting the middle-class suburban life they feel is holding them back. Both men seek infamy that can’t be measured by cash or possessions (even though they quite enjoy having those) – and ultimately, that id is what undoes them, their ignorance towards the importance of family playing a huge role in their downfall (what’s the old cliche? “you can’t appreciate what you have until it’s gone”?). In the end, Kenny may end up with a fate more aligned with his buddy Shane than with Walter White, but the framework of their undoing is ultimately the same: although both work under the assumption that the needs of many (drugs or entertainment) outweigh the needs of the few (family), the only needs they’re really concerned about are their own.

Where “Chapter 25” showed Kenny as a man waiting for everything to fall apart, envy’s brought him back to earth in “Chapter 26”. It’s essentially a half hour of Kenny doing his “Say my name” speech, waltzing around throwing cash in people’s faces while they brought some very real issues to the table. April, Dustin, and Guy all make their pleas for Kenny to keep himself grounded, but this is a man determined to make himself “fly”: whether it’s dismissing his wife’s clear unhappiness (“these are my worst fears coming to life” she tells Kenny while out for dinner), the needs of his friends, or clear warnings from his boss, Kenny’s ego outweighs all. Even when he’s trying to ‘help’ out the inner-city baseball team, all he does is throw shiny shit at them and talk about how he’s their white Jesus: “Chapter 26” works very deliberately to bring out Kenny at his absolute ugliest, setting him up for the long fall to follow.

Kenny not showing up at therapy most likely represents a major turning point for the final season, a moment that coalesces with a few others to create a very damning montage: as Kenny stands holding the Sports Sesh monkey visitor (while Guy watches on, almost regrettably), Ty Segall’s “The Keepers” begins playing:

“Look in the mirror, see what you see
Be what you be, lonely you know
What you’ve done…” 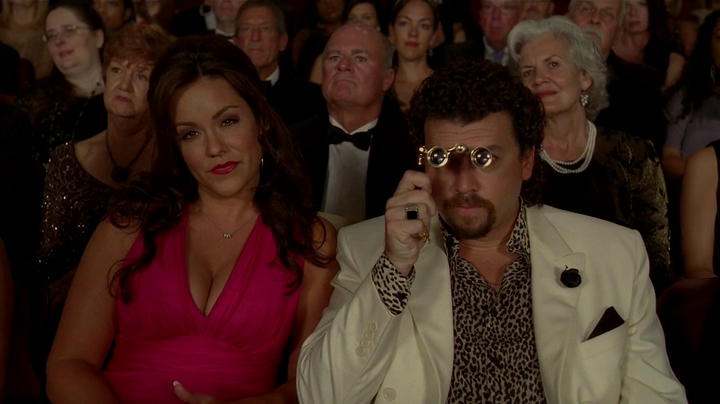 Kenny’s “look in the mirror” moment (and Guy’s, for that matter) happens after Guy tells him to turn down his personality to “5 or 6” from “11” before the show starts: Kenny stares in the mirror, unable to reconcile Guy’s earlier comment about telling him to walk before he can fly (“you gotta earn it” he tells him), angry at a guy pointing out his limitations. “Let the keepers keep the time, let the dreamers dream so fine”, Segall’s lyrics continue – but Guy’s ego won’t let Kenny sit back and dream: as Kenny does throughout the episode, Guy has to throw his ego in Kenny’s face, too, reminding him who is the host of the show, and who has an extra $250,000 to spend on a water-powered jet pack (fucking sweet, by the way), and who doesn’t. Let sleeping dogs lie and such… but in the end, it’ll be Kenny who is alone and broken, not Guy, the image of everything Kenny always wished he could be (but will probably never compare to). Guy might be an asshole, but he’s a successful asshole with his life in order: Kenny wants to skip all the steps from broken man to rich, beloved husband and TV personality, not recognizing all the work that goes into getting to that point.

As a whole, “Chapter 26” does a great job working these little nuggets into an otherwise familiar narrative: we’ve seen 20+ episodes of Kenny doing something good, than immediately fucking it up with three or four dumb, selfish things: “Chapter 26” doesn’t try to reinvent the wheel here, but quietly adds a sheen of imminent doom to everything. When Guy looks at Kenny during his “Kenny’s Cuttin’ In!” reprise at the end, it’s not just anger in his eyes: it’s a reflection of himself, as if Guy sees his own past playing out (in mulleted fashion) in front of him. That little tweak to the normal formula of E&D is what’s made this final season feel more introspective: characters are looking inward in Eastbound and Down‘s final episodes – except Kenny, who thinks he can just fly around, telling himself that “victory is its own reward”, while he flies upward, spinning upwards alone into an abyss of nothing.

– Kenny’s speech to Dustin is one of the most honest moments he’s ever had – and it’s immediately buried under Kenny’s selfishness. “Find a good way to formula-y it.”

– anybody know what film Kenny is watching?

– “Could Schwarzenegger have ascended to the top of both film and politics if he had actually given a fuck about his family? I doubt it.”

– “Plenty of pussy and cash for nasty Scottie Pippen!” Seriously: between this and the fedora-ed outfits, Stevie is fucking killing it this season. Watching his horror as Kenny ignored his advice and rejected the good life of the sidekick was such a great moment.

– the robot makes another appearance: “See you.” Kenny’s response: “Don’t stay out too late, dude!”

– hey, at least he bought a guitar (instead of an assault rifle) for Wayne: “I’m thinking this thing through.”

Chapter 26Eastbound and Down 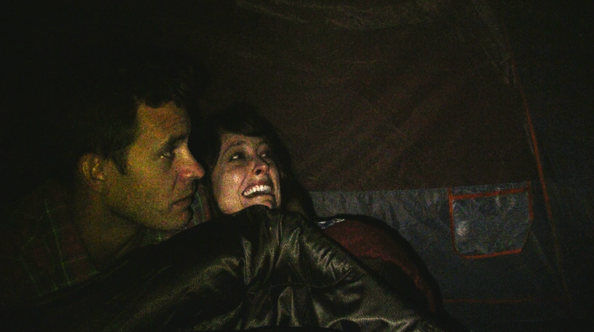 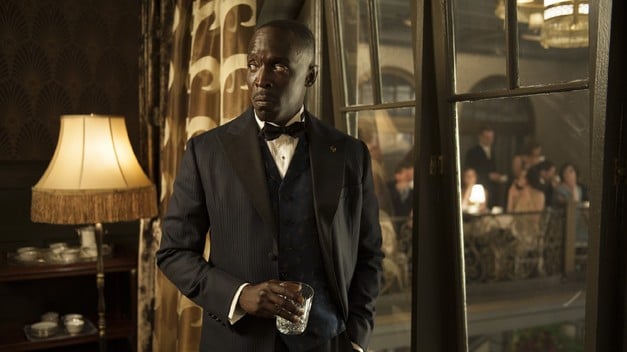