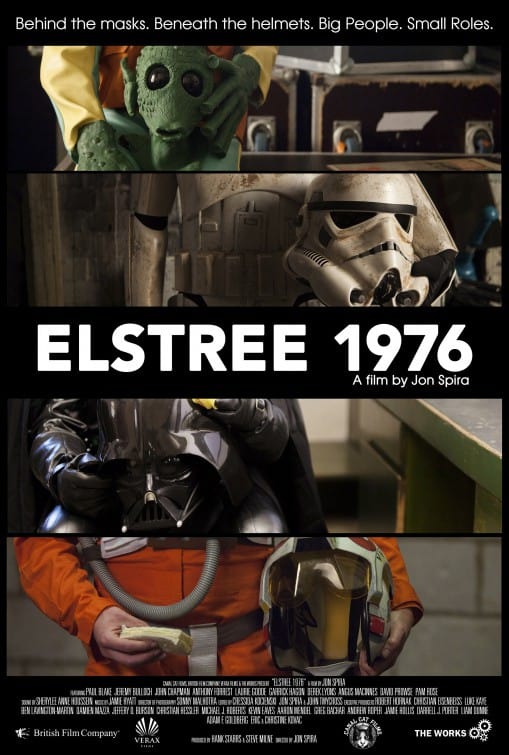 There has never been a better time for a behind the scenes look at A New Hope. The Force Awakens revived the franchise to new heights, Rogue One is just around the corner, and the 40th anniversary takes place in 2017. Now, this isn’t the usual look at the making of Star Wars, writer/director Jon Spira forgoes the three big leads played by Harrison Ford, Carrie Fisher, and Mark Hamill and instead focuses on the people behind the masks like David Prowse (Darth Vader) and Jeremy Bullock (Boba Fett). Yet, even those names are recognizable, the real delight of Elstree 1976 are the true unknowns to the Star Wars universe.

No one knew as they were making it, but these ten actors’ lives changed forever when they signed on for ‘American Sci-Fi project’ that turned out to be the global phenomenon Star Wars. Most of the cast thought they were making a film aimed at children, and others privately thought not even a good kid’s film at that, but it shocked everyone and made a lasting impact on pop culture to this day. Spawning billion dollar industries in toys, movies and an entire day dedicated to it (May 4th).

Greedo is quite a famous (or, rather, infamous at this point) character, but no one could probably name Paul Blake, the man who played Greedo. Then there’s the actor who played a stormtrooper who bangs his head on a doorframe–a scene which has turned into a clip that has lived a long life on Youtube. Or take, Garrick Hagon (X-wing pilot Biggs), whose fame from the film came because his big scene was cut from it. He recalls the pain he felt upon learning that his scene was cut, but the recognition he’s received as the guy-who-was-cut-from-Star-Wars is special in itself. There’s very little ego present in these intimate interviews, a plus considering how often stars hold things close to the vest in documentaries. 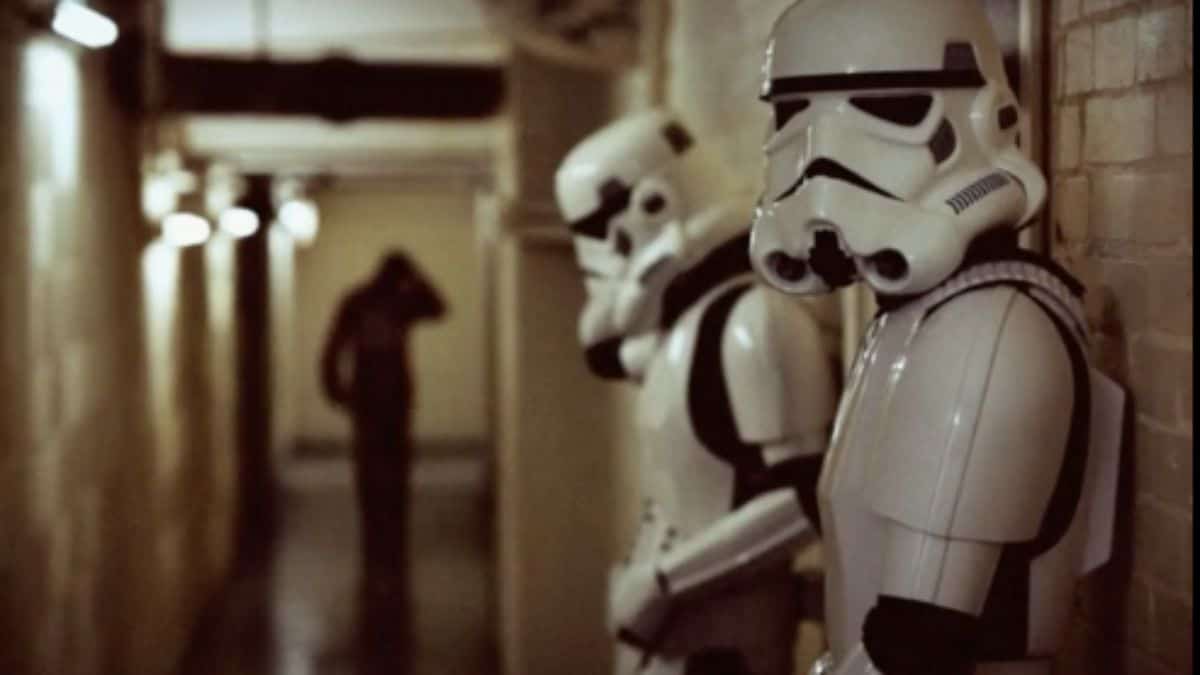 Certainly, there’s no argument that the fanbase for Star Wars is the most fanatic, but such a devout following meant that the careers of people like Prowse, Bullock and Garron could go on. Most of the ten actors interviewed never went on to any lasting fame, yet a constant cultural presence means that they could make a living off the convention circuit. Decades have passed and still the Star Wars franchise continues to leave a mark on their lives as they share their stories about a little film before it became a universe.

The aim of this nostalgic documentary isn’t ambitious, but it is one of the more pleasant documentaries out and it succeeds in shedding light on those who wore masks and make-up during their big shot at the spotlight. Gratitude is what most of the actors express for the effect Star Wars has had on their lives, but a tinge of jealousy can be felt in some scenes. However, one lingering question remains: do they feel like a true part of the Star Wars universe as much as famous counterparts? Or as bit players?

Casual viewers won’t go out of their way to seek this film out, but dedicated fans should find plenty in here to enjoy. Small gems like Paul Blake revealing why a dummy was needed for the money shot of Greedo’s death is a great tidbit. A part of me wonders what great stories will come from the set of The Force Awakens, especially those inspired by A New Hope and all the people whose names weren’t above the title credits. We may just have to wait forty years to find out.