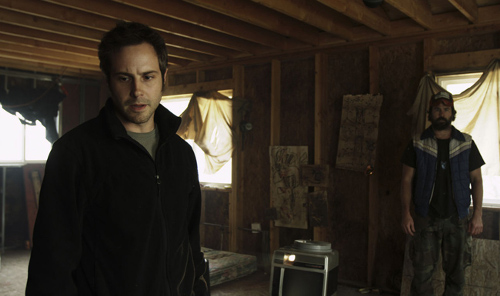 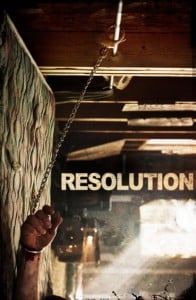 An exploration of urban legends, examining our eternal relationship with storytelling, Resolution begins as the story of two friends. Michael, whose life is on the right path, receives a disturbing video of his friend Chris, and decides to go to the backwoods in order to take one more chance at saving him.

What sets Resolution apart from other horror films? It is not immediately evident, perhaps because it is not particularly obvious which genre it fits into. Multi-faceted and all too human, the film takes what is essentially the premise of an exploitation film and transforms it into a credible narrative of two young adults battling personal demons. Chris’ problems stand out on the surface, his addiction to crack has crippled his life, and he has alienated almost all of his friends and family. Michael, on the other hand, seems entirely put together but the isolated locale and being in close contact with Chris, it seems as though his life begins to unravel before our eyes. 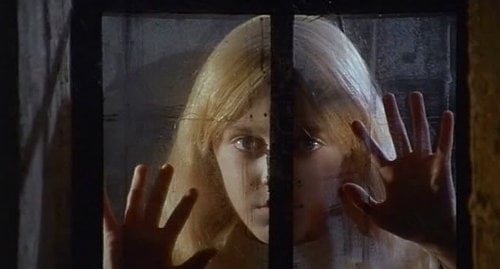 Instead of relying on typical horror tropes as a means of building tension, the atmosphere is created by distorting the familiar and by crafting interruptions in the narrative flow. Without ever crossing the line of improbability, the filmmakers are able to create a world that is credibly absurd… not quite removed from our reality, but almost a version that exists beyond the looking glass. The characters themselves are disturbed by these instances, but also accepting of them. Early on, when Michael is awakened in the middle of the night by a strange girl looming in the window, he is reasonably disturbed, however when assured by Chris there is nothing to worry about, he goes back to sleep.

The image immediately evokes a similar one from the Italian supernatural-giallo, Kill, Baby, Kill directed by Mario Bava. In that film, the same chid represents an evil omen, and the characters are immediately aware of an impending doom and are rightfully horrified. This icon foretells the horror of the rest of the film. In the case of Resolution, is it possible that the girl represents the same thing? It almost doesn’t matter; it is the response of the characters is what counts. Are we meant to feel a disconnect with the urban legends that once directed our lives? Is it the same as the cave paintings that Michael later encounters, ones that he finds obscure and unsettling. Though some images from these ancient drawings existing in the real world have obvious meanings, signalling narratives of hunt or danger, others remain an eternal mystery. They are strange, mysterious and apparently indecipherable. They are not words, but images that represent confounding ideas, images and stories which we have lost touch with. Great horror evokes this discomfort, presenting us with new images that hold similarly mysterious and unsettling meanings.

The use of different storytelling mediums throughout the film evoke the found footage film, but with a twist. These intermediate mediums work towards a similar goal, and suggest a path that the characters are meant to follow. The contrast between digital, analog and non-moving visual mediums creates a surprisingly textured film. Resolution’s aesthetics are not necessarily the most engaging of the year, but the seamless integration of these competing visual strategies suggests something deeper about our relationship with storytelling. There is a haptic quality to these found items; textures that lie beyond pure content, ones that evoke sensations that ultimately serve the film’s eerie atmosphere. What is it about old photos and dirty celluloid that is at once horrifying and erotic? Strangely enough, the more polished web-cam images have a similarly voyeuristic quality, but inspire the fear of being watched rather than the disturbing happenstance discovery of something that was never intended to be seen.

Succeeding at being intelligent, surprising and quite funny, Resolution should serve as inspiration for all aspiring filmmakers. Not only are the makers of Resolution working on limited resources, they are able to present a new and exciting premise that will sure to please even the most seasoned horror fans. This direction towards meta-filmmaking in the horror genre was initially troubling to me – but filmmakers have been moving far beyond the shallow promises of the Scream franchise, suggesting far deeper questions and fears than I would have ever imagined. 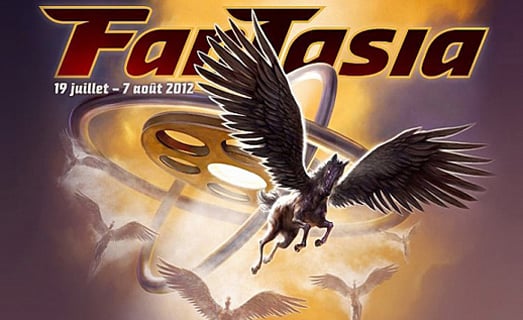