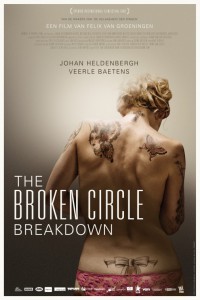 The Broken Circle Breakdown is an unexpectedly beautiful musical parable about the contradictions of the universe. Rooted almost completely in a reality that seems like our own, it strips down the tropes of the Hollywood musical to paint an effective portrait of love, despair and pain. Elise and Didier fall in love, they sing together in a band, they have a beautiful daughter and then she falls ill; changing all what they knew about the universe. Using a non-linear format and beautifully utilized musical sequences, the film paints an exaggerated portrait of faith and love in the face of chaos.

This is a film that thrives on exaggerated contradictions. The characterizations and allusions may feel obvious but they ring true in the same way a fantasy film like Michael Powell and Emeric Pressburger’s The Red Shoes quivers with authenticity born out of perfectly framed tropes and exciting narrative and formal style.  The film is aided by a strong personality, borne out of the almost ever-present bluegrass music and the larger than life performances of the actors, who bring nuance, detail and heart to their characters. On paper, this is a film that shouldn’t work, but is ultimately effective due to its non-linear structure that enhances both narrative and thematic elements of the film.

In the best romantic relationships, there is a power struggle that is often balanced through mutual respect and complementary strengths. This film sees the ebbs and flows of this dynamic, which has profound effects on the happiness of everyone involved. Both Elise and Didier are able to see beauty in the universe, just on different terms. They are both able to have the guiding hand of power, helping the other struggle through the pain of watching their daughter die. Then they are both at complete mercy to a chaotic universe, which never allows humanity to have the upper hand. This realization is what sends both of them spiralling into anger, grief and guilt as they search for the pattern and consequences of their own actions which may have lead to their daughter’s illness, when in reality, it was always out of their control.

At its very best, the film works as a beautiful dialogue, searching for the balance between science and faith. We are able to see the magic of imagination, of God and spirituality, while seeing with equal fervour the incidental beauties of the universe, of science and of reason. Though this becomes a source of conflict for our pair as the film progresses, it is only in the desperation of grief that they are unable to see how these ideas can be complimentary, how there exists a poetry to these apparently mutually exclusive ideas coming together to paint a stronger and fuller portrait of the unknown.

Perhaps the most powerful sequence in the film is during a performance in a crowded theatre as Elise sings one of the most powerfully heartfelt renditions of the folk song “Wayfaring Stranger” you will ever hear. For a figure of strength, Veerle Baeten’s voice has an incredible delicacy that feels like it might shatter at any moment, and yet her power and control keep it rooted and confident. Holding a double meaning of both hope and despair, it harkens to their daughter who Elise believes is heading to heaven, but she can’t help crying over the fact that this soul is heading out alone, and that ultimately we are all lonely souls in the universe. Any connections we may make are ultimately trivial and superficial, that love has no power to combat darkness, evil and death. This is not an idea that the film commits to, but in that moment, you understand that this is how Elise truly feels and what she believes and it is devastating.

In some ways, The Broken Circle Breakdown is an unexpected choice for the Fantasia Film Festival, which you often come to think of as being the best representation of horror, fantasy and action. Yet, it feels perfectly at home as a portrait of the fringe, the unexpected and the beautiful that so often populate this offbeat genre festival. Lest we forget that the musical is also a part of the underappreciated and underrepresented world of genre cinema. And it is a genre which finds itself in uneasy but comfortable company with these genres, as it similarly reaches for a higher level of consciousness, engaging by its very nature with the fantasy of imagination and the power of music to express inclinations of the soul. 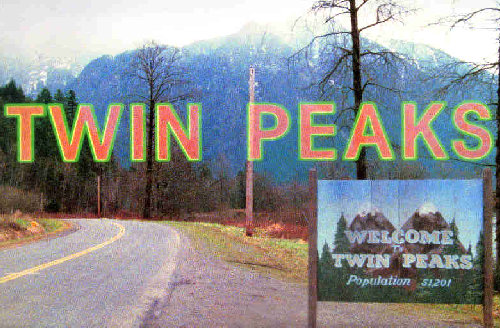