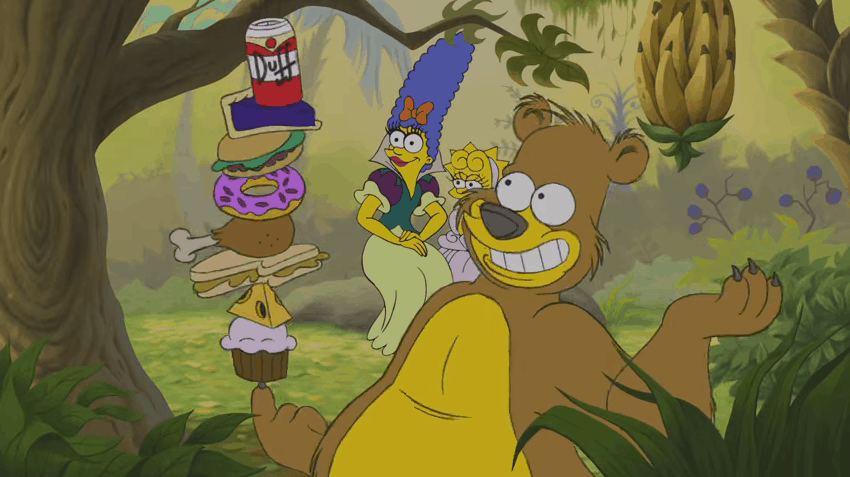 I think it’s probably a sign of the times for the long-running animated series when The Simpsons only remains within the cultural discussion for its guest-directed couch gags. What began as a simple joke in the show’s now-famous opening sequence has gone on to become, well….the only part of The Simpsons really seem to talk about anymore. I mean, I’m not wrong, am I? There was the time the series got a brief crossover with Rick and Morty via a couch gag, the retro 80s kitch style one from Steve Cutts, the hubbub over Banksy’s rejected couch gag. And hey, can I get something off my chest? Banksy’s couch gag was ridiculous. It was like a satire of grim, overly dramatic and self-serious message-mongering. I mean, come on, the unicorn being used to punch the holes in DVDs? It’s more comedic for how ridiculously sincere about itself than it is a stirring call to arms against Fox’s ultra-capitalist practices. And if it were anyone else I’d call that vibe intentional, but you can never tell with that Banksy fella.

AAANYway, the couch gags with guest directors and fun motifs seem to be the only time The Simpsons really ever seems to come up anymore. Case in point, when a link to the latest guest-directed couch gag popped up in my feed. The new gag, directed by Disney animator Eric Goldberg, is a tribute to Disney’s past animation styles, particularly the classic black and white style that began with Steamboat Willie and into The Jungle Book. What I like about the gag is that it doesn’t just replicate the aesthetics of Disney films, but the actual animation style as well. The way characters move and emote is straight out of Disney, right down to the way Homer/Baloo’s air bounces around when he walks.

Check out the gag for yourself below.