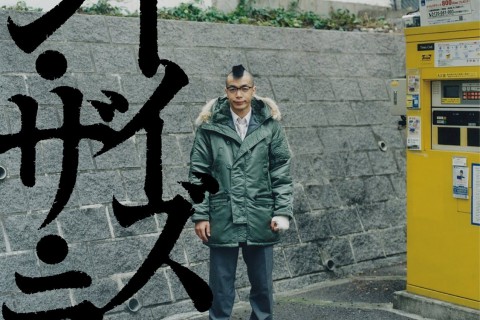 Boys on the Run

Tanishi is a mess. He spends his days filling vending machines with useless novelties and obsessively masturbating. A virgin at 29, he still lives at home floating along as a rank and file company man, hardly a participant in his own life. The only thing Tanishi really seems to have going for him is a budding relationship with Chiharu, a pretty coworker. The problem is he seems to be making just about every mistake possible along the way to winning her heart. The last lick (pun intended) occurs when Tanishi is caught in a compromising position with Chiharu’s morally loose neighbor, Shiho. The rest you can probably guess from there. The formula is simple really. Boy meets girl, boy and girl fall in love, boy loses girl, boy spends the rest of the movie trying to get her back. What sets the Boys on the Run, the comedy based on the manga of the same name, apart is the sincerity with which that scenario plays out.

For starters, Tanishi isn’t exactly the most likeable guy. At one point, out of embarrassment, frustration, and possibly anger, he practically offers to pimp Chiharu out to Aoyama, his handsome and confident business rival (and eventual romantic rival). But he’s not all bad; there’s something about him that makes you cheer for him. Maybe it’s the awkward sincerity, or the goofy sideways smile he often affects. It’s clear that inside Tanishi beats the heart of a lover and a fighter. So it is when Aoyama finally does snatch Chiharu away that Tanishi finally answers the call to action.

It’s that moral ambiguity, the gray areas, where the film works best. Chiharu is no saint either mind you. I won’t spoil anything but at times her intentions towards Tanishi would be considered questionable at best. Even the films antagonist, Aoyama, isn’t the one dimensional stereotype you might expect. Sure he’s good looking, cold and callous but he really does seem to go out of his way to steer Tanishi towards the right decisions. Daisuke Miura, the director, seems to have this fascination with all his characters. Even those that lie on the periphery. In a scene halfway through the plot, Shiho, who has become something of a confidant to Tanishi, sits alone smoking after a night of drunken revelry, Tanishi just having given a painfully bad and painfully raw karaoke performance. It’s a quiet, reflective moment where it’s almost as if Shiho is looking back at her own life of loves gone wrong; a laundry list of life’s poor choices.

After all, who hasn’t unwittingly undermined themselves in life or in love? Like the friends and co-workers that surround Tanishi, we root for him because love turns everyone into an aberrant idiot at some point in their life. There’s a helplessness that accompanies one’s first true love. It’s uncomfortable, utterly disarming and all too often it turns us into sniveling wimps. Maybe the best we can hope for is that, like Tanishi, at our lowest, when we think we’ve really hit rock bottom, we’re still able to look up, smile through the pain and give a thumbs-up.