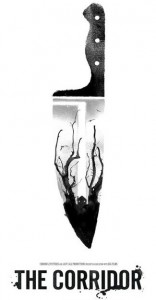 Imagine if Judd Apatow’s characters actually grew up, and during a midlife crisis they entered into an episode of The Outer Limits. If you can imagine that scenario than you’ll have a good grasp of what to expect from The Corridor. Canadian filmmaker Evan Kelly delivers one of the biggest surprise genre offerings of 2011, a shocking and clever thriller chock-full of paranoia, male bonding and psychological terror. What could have easily turned into a long episode of the Twilight Zone, instead surpasses expectations through confident direction, a talented young cast, and a superb screenplay by Josh MacDonald. These days too many movies unfold in and around secluded cabins in the woods but despite the now overly familiar formula, Kelly and MacDonald find interesting new ways to reinvent the subgenre. 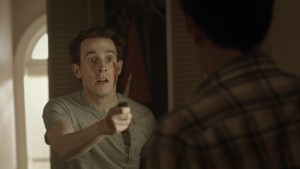 The performances here are uniformly superb, and in service of an interesting, diverse set of characters whose chemistry is entirely believable. The cast do an excellent job in fleshing out each character’s problems, back story and interests to show their connective tissue, helping to increase the level of tension while addressing issues of struggling masculinity.

Even without taking the supernatural trappings into account, Kelly does a solid job in creating an unsettling psychological thriller that is gripping from start to finish. Speaking of the supernatural; while the budgetary limitations are obviously constrained, Kelly gets a ton of mileage for his small indie pic. Kelly wisely opts for moderate, to-scale effects – all well-executed, never overreaching. While the actual “corridor” phenomenon of the title emerges late in the third act, the filmmakers provide a gentle balance of violence and naturalized drama earlier on, without ever feeling the need to sell the pic with over exaggerated amounts for gore and blood. The corridor itself is something that’s never really explained as either as science fiction or supernatural phenomenon, but it doesn’t need to be. This is a character-driven film, and Kelly keeps the pic rooted in the stories of his characters. Some might find the lack of explanation in the third act to be somewhat frustrating, but those who appreciate smart horror films, well drawn characters and a touch of ambiguity, will find The Corridor extremely rewarding.

Director Evan Kelly has crafted a taut thriller and shows great talent in his pacing, and mastery to create a terrifying atmosphere of claustrophobia, suspense and paranoia. The Corridor is a film about

male rites of passage, and one which tips its hat to great genre films of the past such as John Carpenter’s The Thing and Deliverance. This microbudgeted indie is a reminder that sometimes the biggest threat to our own lives is sometimes ourselves, but lifelong friendships can be more than enough to get us by. 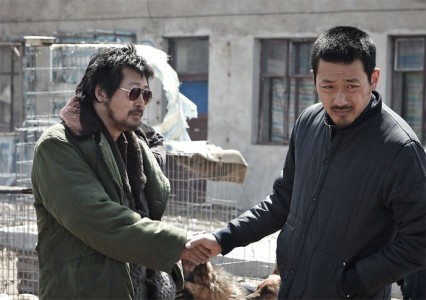