Why is it taking so long to even set a release date for the Joss Whedon-produced horror movie The Cabin in the Woods? The movie unfortunately was a victim to the tumultuous financial demise of MGM, but hopefully Liosngate will soon announce the date. In the meantime they have released an image which you can see below.

The Cabin in the Woods was written by Joss Whedon and Cloverfield writer Drew Goddard, who also steps in to direct. There is still no trailer but I expect one very soon. 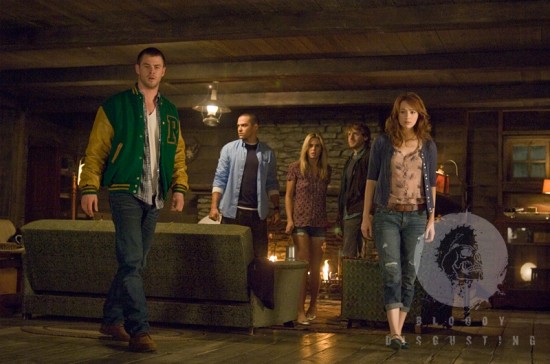