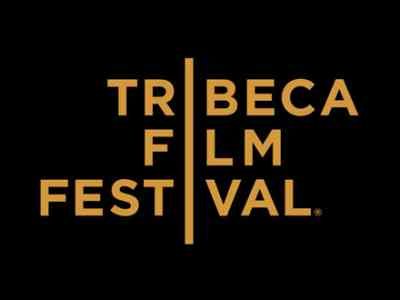 When 15-year-old Emma lands a competitive spot on a young women’s equestrian acrobatics team, she is taken under the wing of her slightly older peer Cassandra. Obsessed with strength and control, Emma covets Cassandra’s natural grace and poise, while Cassandra in turn silently desires more than just Emma’s discipline. The psychological stakes of their friendship intensify as the two jockey for top position, and loyalty is traded for unbridled power. Meanwhile, Emma’s curious and innocent eight-year-old sister (in a remarkably complex performance delivered by rising star Isabella Lindquist) is prematurely spurred to confront the treacherous frontiers of sexuality and womanhood on her own.

Lisa Aschan’s award-winning directorial debut digs between the cracks of human behavior to reveal the seemingly naïve experience of girlhood as a feeding ground for underhanded brutality and rivalry. Using naturalistic direction, evocative imagery, and engrossing performances, Aschan smartly presents a world where creatures may be the safest and most reliable companions.

In André Øvredal’s high-energy monster movie, novice filmmakers Thomas, Johanne, and Kalle set out to make a student film investigating a series of unexplained bear poaching incidents plaguing the snowy Norwegian countryside. Their investigation quickly implicates Hans, a shadowy loner who unexpectedly invites the trio into his world, revealing the poaching epidemic as an orchestrated cover for Hans’ top-secret work managing the country’s rampant and unruly troll population. From there, TROLLHUNTER is a nonstop wild ride as the group investigates the mysterious depletion of the troll populace and begins to uncover a covert government conspiracy, all smartly contextualized in a comic-edged play on Norway’s real folk mythology.

Purporting to be the now-missing students’ recovered footage, TROLLHUNTER presents an unrelenting, adrenaline-pumping collage of troll mayhem, making for a fantastical entry in the current “found-footage” genre, and an eye-popping revitalization of the classic creature feature. At once an action-adventure story, a horror film, and a deadpan Scandinavian comedy, TROLLHUNTER will rivet viewers beginning to end with its dynamic, utterly original vision.

Poetry, politics, madness, and desire collide in the true story of the woman hailed as South Africa’s Sylvia Plath. In 1960s Cape Town, as Apartheid steals the expressive rights of blacks and whites alike, young Ingrid Jonker (Carice van Houten, Black Book) finds her freedom scrawling verse while frittering through a series of stormy affairs. Amid escalating quarrels with her lovers and her rigid father, a parliament censorship minister (Rutger Hauer), the poet witnesses an unconscionable event that will alter the course of both her artistic and personal lives.

Ravishing cinematography by Giulio Biccari and a classical approach to dramatic storytelling by consummate Dutch filmmaker Paula van der Oest augment van Houten’s magnetic central performance in Black Butterflies. As a woman governed by equal parts genius and mercurial gloom, Jonker could inspire passion but never, it seems, love—a sad truth critically conveyed by van Houten. Jonker’s inner turmoil mirrored her country’s upheaval, but van der Oest is never heavy-handed with her parallels of the poet and the South African maelstrom happening around her: The relationships in the film are a lens through which to view a cultural zeitgeist, but the people always have center stage, not the politics.

Will Ferrell delivers an understated performance in writer/director Dan Rush’s funny and touching adaptation of Raymond Carver’s short story “Why Don’t You Dance?” Nick Porter has just been fired from his sales job after, well, not keeping sober. Things get worse as he returns home to find that his wife has left him, changed the locks, cut him off from their credit cards, and thrown all his stuff out on the front lawn. With the last few bucks in his pocket, he buys some beer and sets up a yard sale to sell off everything he has. Under Texas law, he can keep his sale going for five days, but is that enough time for Nick to get it together?

Everything Must Go is anchored by Ferrell’s ability to make Nick sympathetic even when the character—often clutching a can of beer—is at rock bottom. He shares many moving scenes with a lonely pregnant neighbor (Rebecca Hall), a teen kid that hangs around (Christopher Jordan Wallace), and an old high school friend (Laura Dern). Rush expertly balances the humorous moments and the serious tones in this story of starting over and moving on.

Dubbed a “pink musical,” Underwater Love brings together two genres—musicals and pinku eiga (pink films, a soft-core porn genre of Japanese cinema)—in a story of unrequited love with the mythical water creatures known as kappas. Thirtysomething Asuka has an easy life, a job in a fish factory, and a fiancé, Taki, who’s also her boss. One day, as she walks by the lake near the factory, she sees her first kappa—a legendary Japanese creature with a human form but a beak face and a tortoiseshell back. She soon realizes that the kappa is her old friend from school, Aoki, who drowned when he was 17. As she hides Aoki from her fiancé and others, she must begin to decide what is most important for her.

Between Asuka’s self-discoveries are some requisite—and outrageous—sex scenes and musical dance numbers with music by French-German duo Stereo Total. Director Shinji Imaoka, part of the new wave of pink directors known as the “Seven Lucky Gods,” collaborates with renowned cinematographer Christopher Doyle, who shot many of Wong Kar-wai’s films, to create a wacky, silly, touching, sexy spectacle like none other.