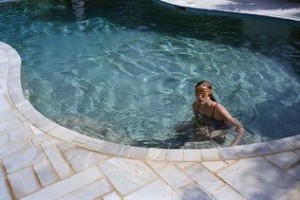 Delivering on the promise he showed with his 2005 feature Kinetta, Yorgos Lanthimos deals a masterful blow below the belt. In his latest triumph, sex is everywhere, tucked away in the David Hockneyesque set pieces, sabotaging the actors’ speech patterns and hiding behind the director’s undisclosed intentions. One of the best pieces of cinema you will see this year, Dogtooth had audiences at this year’s Toronto International Film Festival raving