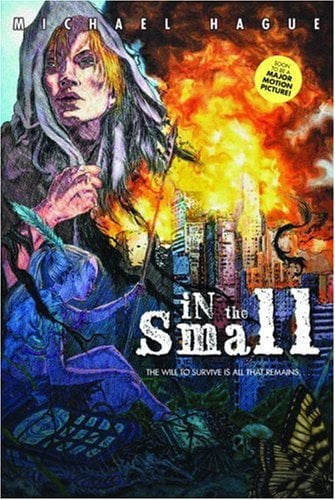 Francis Lawrence, director of I Am Legend, must have a thing for â€śend of the world as we know itâ€ť movies.Â  And his latest endeavor is no exception.Â  According to Pajiba, Lawrence has elected to direct a movie adaptation based on a young adult graphic novel called In The Small by Michael Hague.

The plot of In The Small goes something like this.Â  An unexplained explosion has one very unusual consequence: it reduces all humans to a size of six inches, leaving everything else intact.Â  The survivors are left with the task of rebuilding civilization and adapting to the fact that they no longer command the food chain.

Akiva Goldsman, who worked with Lawrence on Legend, will produce this film with Sarah Schechter of Warner Brothers.Â  And this will be a first time outing for the screenwriter, Laura Harrington, who has already finished the first draft of the script.

Lawrence is attached to other projects, few of which actually have scripts.Â  He is positioned to direct a prequel to I Am Legend; Snow and Seven a retelling of the classic fairytale with a script co-written by Michael Chabon; and another comic book adaptation, Sgt. Rock, which is currently undergoing rewrites.

Michael Hague is best known as an illustrator of book such as The Hobbit and Hans Christian Andersen collections.Â  Andersenâ€™s stories, of course, include a lot of fairies and a tiny little person known as Thumbelina, so Hague seems to be attracted toÂ  â€śshortâ€ť stories about little people.

There is a danger here for the script to get too cute, but if done correctly, I think this concept has a lot of potential for a real Darwinian struggle.Â  What if the next stage of evolution actually hurt our raceâ€™s chances of survival?Â  Can the human race survive on wits and cunning alone?