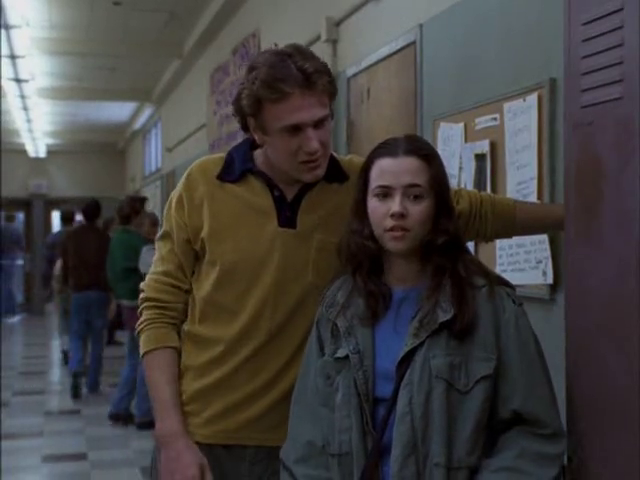 There is a holy trinity of events that bring a high school population together: lunch every day, school dances, and big sporting events. In theory, high school is really just a bunch of people thrown together because of their geographic location, so those few moments are the rare instances where the population of a school really comes together. But sports events are a monster all to their own: when a sports team becomes a powerhouse, it brings the entire community together, despite all the personal and social dramatics that might be afflicting us. Amongst all the teen angst of McKinley High and its inhabitants, ‘We’ve Got Spirit’ quietly reflects on those rare moments when everyone comes together.

More so, ‘We’ve Got Spirit’ suggests a reason why we don’t come together as a community more often: a lot of the episode deals with the idea of perception – and more specifically, how misconceptions of people and events pulls people apart. It begins with the mystery of Heidi Henderson, the girl Nick dated before he started dating Lindsay (if you want to call it that; the farthest she’s willing to go is that they’re “sort of” going out): everyone tells Lindsay how “psycho” Nick was about his ex-girlfriend, feeding into her growing concern over Nick’s more ‘intense’ traits when she hears about him breaking into her house, stalking her and getting into a fight with her father. 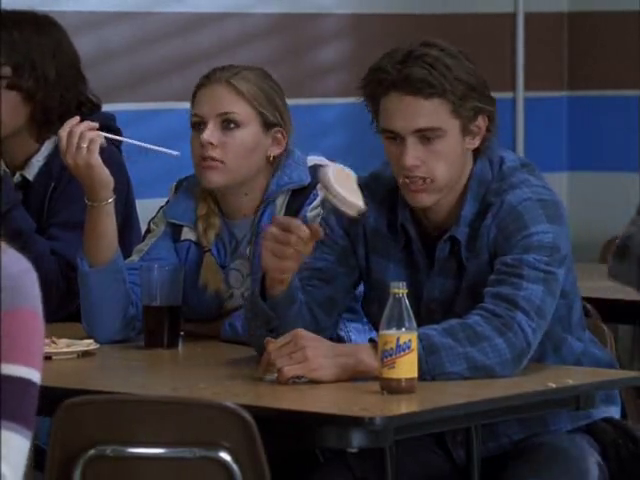 The truth turns out to be a little bit of both: like he’s been doing with Lindsay, Nick dived into his relationship with Heidi head-first, writing her a series of poems that she later showed her friends and the boyfriend she was just trying to make jealous by dating Nick. Now, to some people, he might still seem a little bit crazy; but it’s all in how you perceive Nick. Personally, I’m a little subjective: I was a lanky, goofy, love-struck teenager myself once, and may or may not have written embarrassing things to a girl that wasn’t as interested in me as I thought. But it’s hard not to feel bad for Nick as we watch Lindsay struggle to break up with him, as he’s opening up to her about his past and for better or worse, exposing his true self to Lindsay.

But for Lindsay, the problem’s not how she perceives Nick: underneath it all, she knows Nick is just a nice guy who is desperate to find someone to believe in him. However, she knows she’s not that girl, and without anyone her age to turn to about the situation (Kim desperately begs her not to break up with him, kind of an impossible option), she turns to her mother for advice. Her mother’s almost giddy to help, thinking that her daughter is finally embracing her mother as a confidant in her life; Lindsay really just needs a push in the right direction, and Jean oversteps her boundaries, eventually breaking Lindsay up with Nick on accident by revealing her feelings to him.

Again, Freaks and Geeks is subtly exploring many different facets of perception, and how skewed teenage hormones make it: Jean thinks Nick is super depressed when she sees him (he’s probably just stoned), and assumes that her daughter immediately took her advice and broke up with him. Her influence isn’t as strong as she thought it was in all her glee over bonding with her daughter, and this misconception turns out to have grave consequences: in a very odd way, it parallels what we see with Neal in the episode, as he takes his supposed comic genius to the people at the big McKinley/Lincoln basketball game. 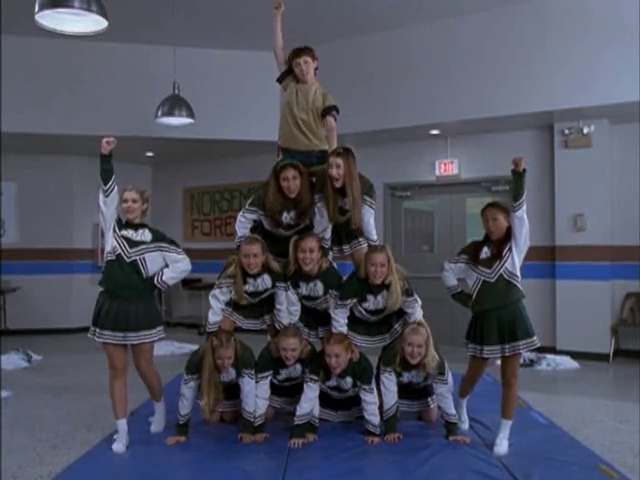 There’s a lot going on in that half of the episode; but Neal’s self-perceived comedic talent is always interesting to watch. Initially, he’s jealous at the first Norseman mascot (a tiny little Shia LeBouf in one of his earliest roles), but gives up the part to Sam because he insists it will give him a chance with Cindy. But he still doesn’t quite realize he’s in the friend zone until he sees Todd kiss Cindy, and immediately gives up the dream of winning her over with his chicken dancing skills. So Neal gladly steps up, ruining the cheerleaders’ material with his juvenile ideas about what makes great physical comedy. He thinks he’s funny as shit: and with that arrogance, presents himself to the world as a funnyman, which rewards him with ridicule by the crowd, and a thorough ass-kicking by bitchy Vicky the Head Cheerleader (who will share a memorable moment with Bill later on this season).

‘We’ve Got Spirit’ even takes a second to change our own perception of Todd, the prototypical jock character. As Sam sits in the locker room, pissed about Cindy, he hears Todd puking in the bathroom. Like most shows of its kind, Freaks and Geeks are always willing to paint the jocks as the aggressive, arrogant types they are – but unlike other high school shows, Geeks wants to show us the massive insecurities lying beneath a lot of that bravado. Even if Todd makes it to the NBA (unlikely) or has a memorable college career, he’s always going to struggle with that feeling that he’s not good enough, or won’t come through in the clutch. Since he’s one of those lucky fuckers who always seems to pull through, he hits the game-winning free throw – but their moment in the locker room lingers, a moment for Sam (and us) to remember that there’s always two sides to a story, and many more shades than one to even the simplest of people.

Maybe it’s regional fever that captures the McKinley High and its inhabitants during ‘We’ve Got Spirit’ – or maybe it’s just the flaws in our character, whether it’s the jock, the nerd, the pothead, or the parents. We all have our masks we wear, and put on other people in life: but as Neal reminds us during the climatic pyramid climb, these facades are built on shaky foundations: eventually, these perceptions of self and others will collapse, and we’ll be exposed to the truth in ourselves and people around us. These are the moments we truly learn in life: and although ‘We’ve Got Spirit’ coats everything with pom-poms and laughs, there are very serious reminders underneath its surface.

– a fantastic subplot that doesn’t get enough time: Daniel thinks the jocks are just idiots, but gets some school spirit when some assholes from Lincoln High pelt them with water balloons. After getting his ass kicked, Daniel finally figures out why these guys play sports: to win those fights, turning him into the biggest fan that basketball team ever had.

– I need a .gif of Bill dancing along to the cheerleaders during lunch: internet, make it happen.

– one of the signs the cheerleaders are hanging up reads “Assassinate Lincoln”. Too far?

– Cindy gives Sam some bad news: “I don’t have a crush on Todd… no, it’s more like an obsession.”

– Nick: “don’t you ever thing about the big things… like, where is John Bonham right now?”

– Daniel: “I love the smell of gasoline.” Ken: “you know that does brain damage, right?”

– I love how selfish high school kids are; Cindy says to an angry Sam, “I know you’re upset, but don’t take it out on me and Todd.”

Freaks and GeeksreviewWe've Got Spirit 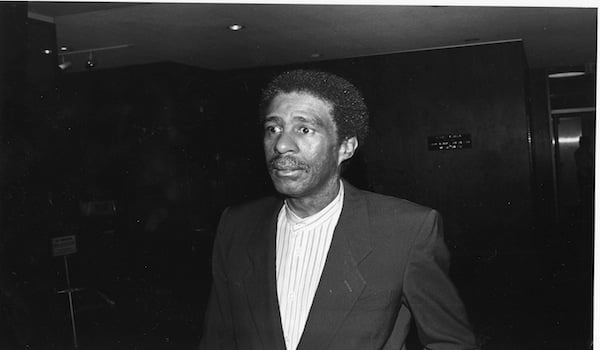