Kindly avoid future book spoilers in the comments. If this notion irks you for some reason, consult the postscript.

It’s been a strange couple of months for Game of Thrones fans who haven’t read the books, such as myself. Book-series veterans (the spoiler-respectful ones, anyway) have looked on with a sense of both dread and dark glee, referring only to “the RW,” which I’d incorrectly assumed stood for “Royal Wedding,” of which we got one last week with relatively little incident  There’s about 45 minutes of content in “The Rains of Castamere” that does not consist of the Red Wedding, but you’d never know it for the furor that erupted on social media moments after the doors to the Freys’ hall closed and the strains of the episode’s titular ballad are audible. It’s here, finally, even more than Season One’s “Baelor,” that Game of Thrones finally earns its “anyone can die” motto. This got downright Satanic.

Let’s take a moment and take stock of the non-Red Wedding scenes for a moment before we dive into that particular bucket of syrup. Arya and the Hound seem to be slowly turning into a reiteration of Brienne and Jaime, former foes whose relationship evolves from combative spite to some measure of respect. While it seems unlikely that the tide will turn wholesale – Arya’s still pretty keen on that whole ultimately-killing-The-Hound thing even three-quarters in – it’s at least more interesting than any ungarnished damsel-in-distress situation. The Starks are denied even a proper reunion between Bran, Rickon and Jon when the latter flees from his supposed love (if we hadn’t already established that Yrgritte plainly outclasses him) after Bran’s direwolf-aided rescue. The easy-to-forget (in context) highlight? Mackenzie Crook’s last-minute revenge, in which he very nearly has Jon Snow’s eyes for a midafternoon snack. Finally, it’s another victory for Daenarys, who once again seems to defeat the odds with remarkable regularity. The episode’s other easy-to-overlook highlight: Ser Jorah’s look of utter defeat when, bloodied from fighting for his beloved queen, she can only ask after the buff rapper. Cold. (Iain Glen has one of the most thankless roles of the entire series, but that doesn’t mean he can’t steal a moment to shine from time to time.) We also spend about a minute and a half with Gilly and Sam, if only so we can be reminded that nice characters occasionally survive awful occurrences. Actually, that bit of pleasantness may only have been included to further reinforce viewer disbelief at certain future events.

See also  How I Met Your Mother Ep. 9.21 "Gary Blauman" takes a weird path to a great finish

But enough of that. To talk about the Red Wedding, it must first be acknowledged just how wonderful a job Benioff and Weiss have done laying the groundwork for this singularly awful event. It’s clear both in interviews and via the deliberate, patient craft and ghastly attention to detail that this sequence was of great importance to both George R. R. Martin as well as Benioff and Weiss, and great care was taken to make sure it was done right. In this case, “right” means as almost unspeakably horrific and pitch-black nasty as possible. Earlier in the episode, we’re reminded that Catelyn and Robb still have no idea that Bran and Rickon (or Arya, for that matter) have survived. When we hear “The Rains of Castemere” played, we remember The National’s expertly gloomy rendition on the credits of “Blackwater” (which marked another crucial Lannister victory) as well as Cersei’s invocation of the song’s meaning when she threatened Margaery in “Second Sons.” It’s our cue to remember that Game of Thrones has used its penultimate episodes to feature moments of great Westerosi future historical significance. This is the first time since “Baelor,” however, that the sheer viciousness and contrarian cruelty of the series’ universe far outstrips anything else in popular culture right now. To my knowledge, at least, there is no true television precedent for the Red Wedding and its ravages.

For all the wonders of editing, mise en scene, and foreshadowing evident throughout the sequence, the principal factor making it all work of splendidly (and horribly) is Michelle Fairley. Catelyn’s role has been drastically reduced since her husband’s demise, mostly a sideline player while Robb makes the key decisions, but Fairley makes us forget all that as she moves from knowing dread, to maternal grief, to defiant honor, and ultimately to primal hopelessness. Put a foot wrong on any one of those beats, and the sequence is missing something crucial, and perhaps even becomes vaguely laughable – thankfully, that doesn’t happen. The almost offhand way she kills Walder Frey’s wife, so utterly overtaken is she with grief, is maybe the trickiest aspect. (The scene’s secret MVP is Michael McElhatton as Roose Bolton, who gets to flirt with Catelyn, then take sick pleasure in tipping her off to her own unstoppable demise, then take down Robb with a sword to the gut while invoking the Lannisters’ wrath, all of which is played with a palpable sense of satisfaction.)

See also  Why the Emmy Nominations Will Make You Mad, and Why That Might Be A Good Thing

With the series’ darkest chapter yet having been so beautifully rendered, all that remains to be seen is whether next week’s “Mhysa” (“mother”) is satisfied with denouement or if we’re in for even more unpleasantness. Given the episode’s many dark ironies (of which, finally seeing direwolves again, only to have several cut down in a thoroughly cowardly fashion, bears mention), a finale with some measure of levity or hope might not go unappreciated. But if “The Rains of Catamere” proves anything, it’s that hopelessness has a visceral appeal all its own, one the series is sure to channel again.

Postscript: The reaction by some (though by no means all, or even most) book-series fans throughout social media to scorn the spoiler-averse by stating that anyone with a vested interest should have read the books by now is ridiculous for a variety of reasons, chief among them that some of us simply prefer to see the story play out in a visual medium, and prefer that experience to contain at least some measure of surprise. Don’t use proof of basic literacy as an excuse to behave like assholes. 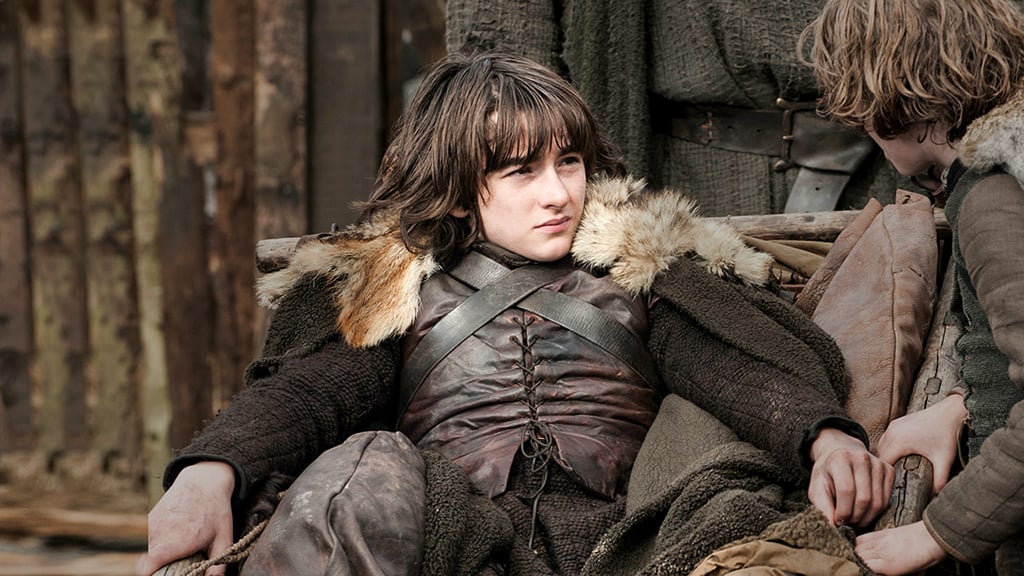 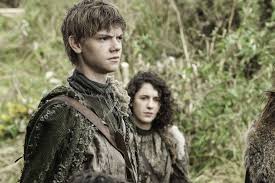 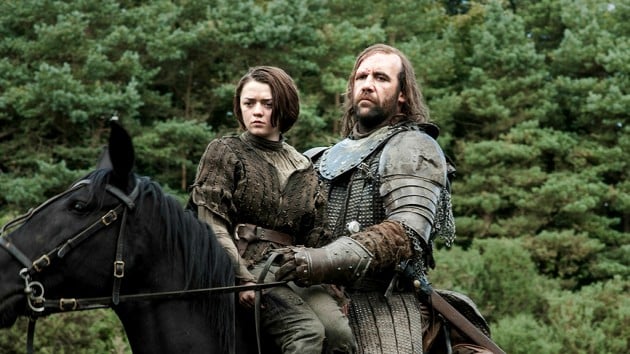 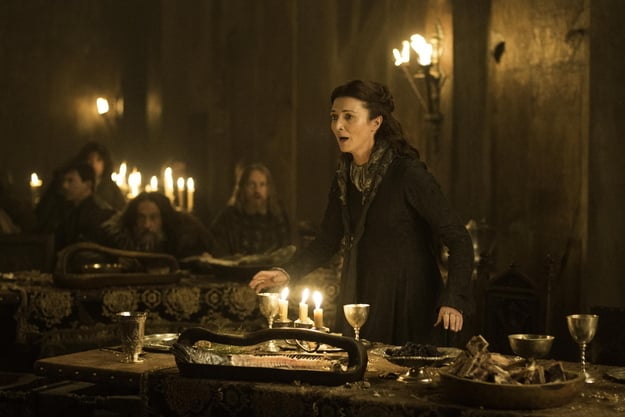 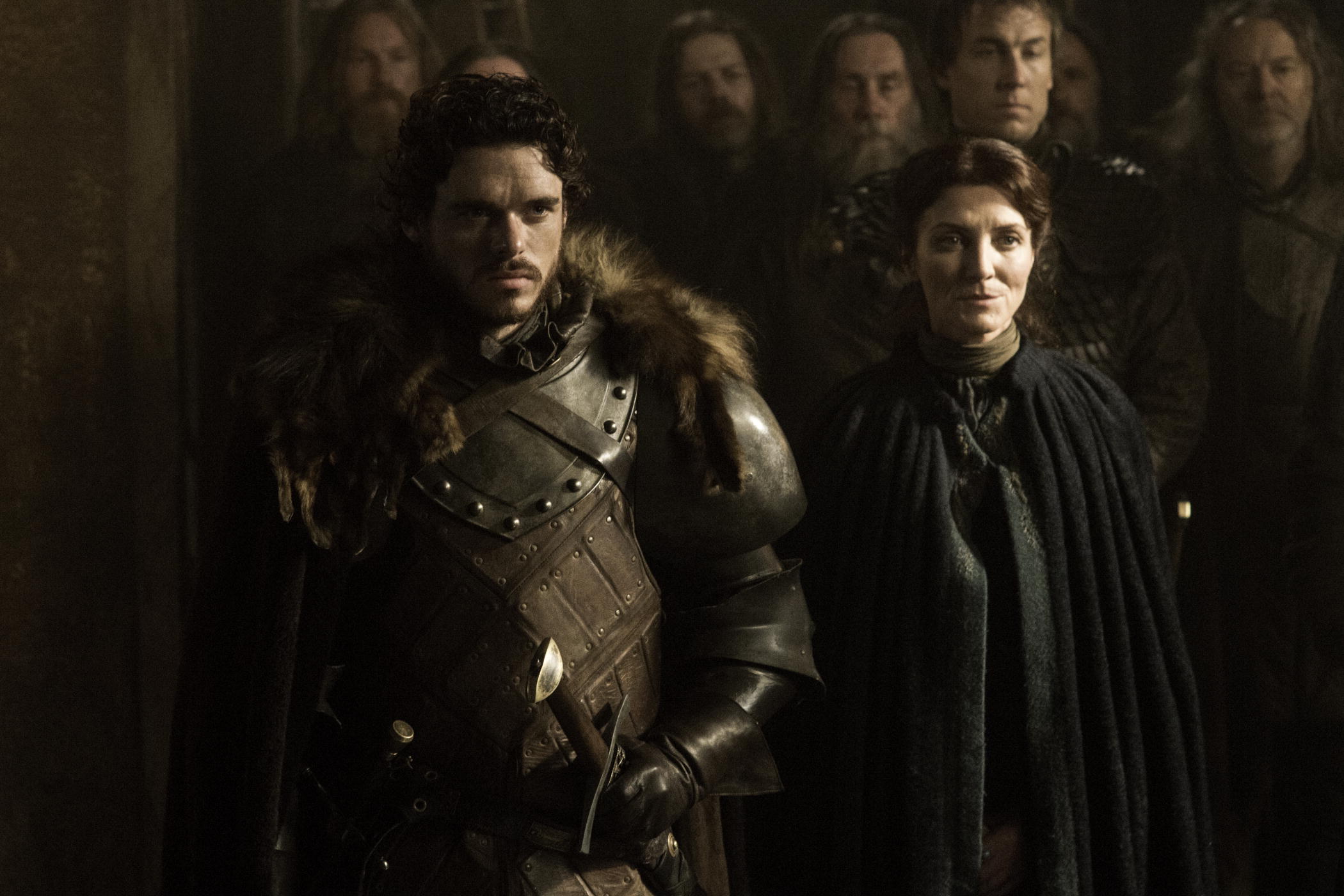 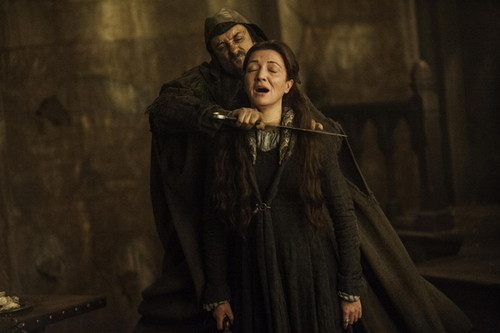 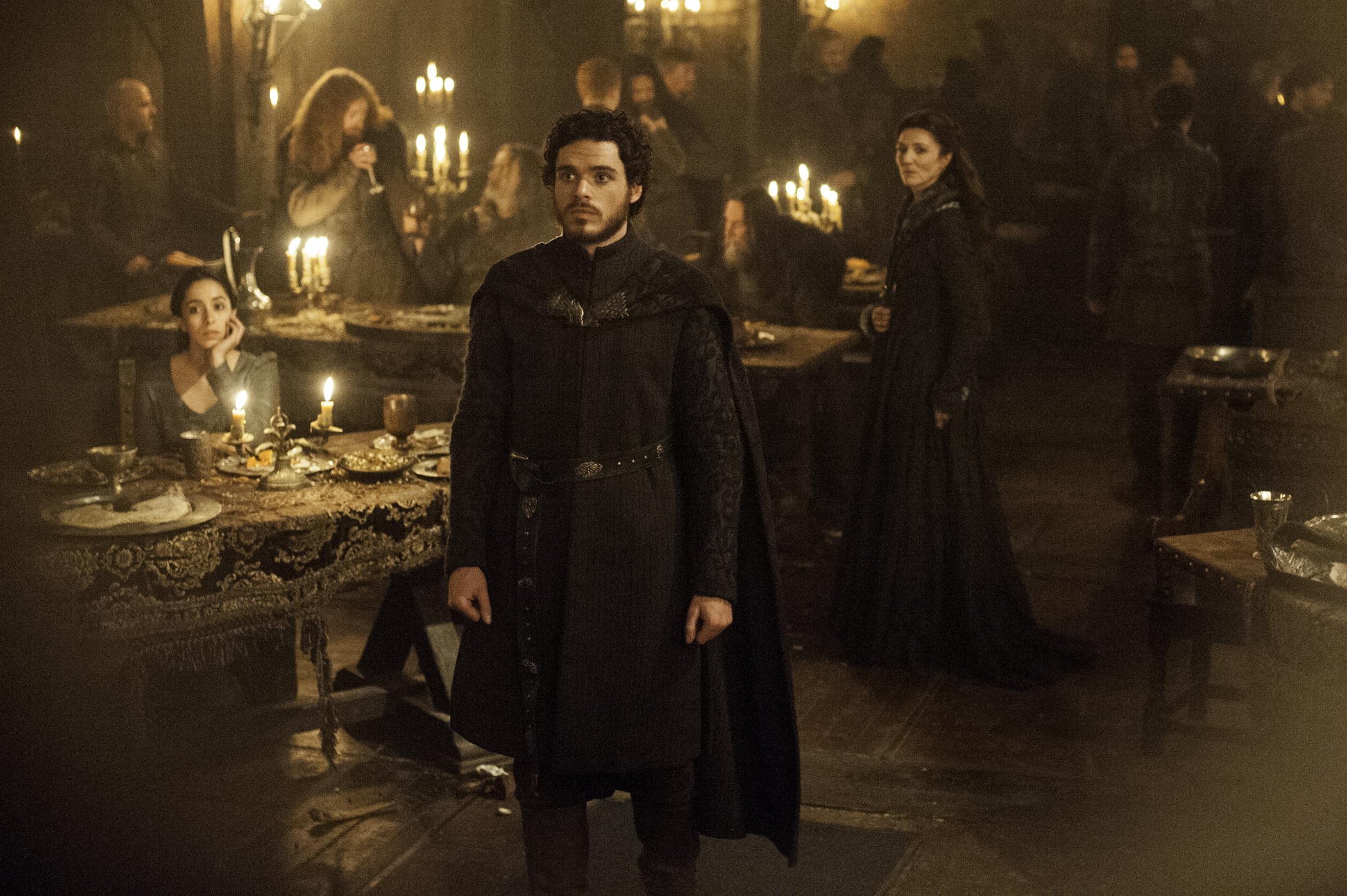 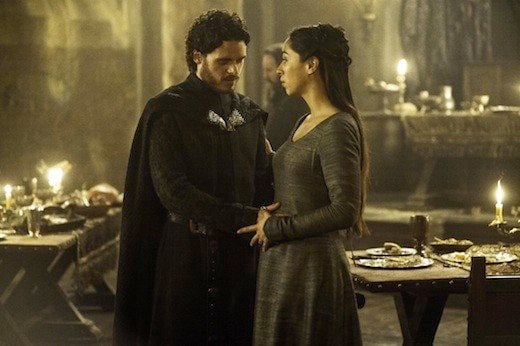 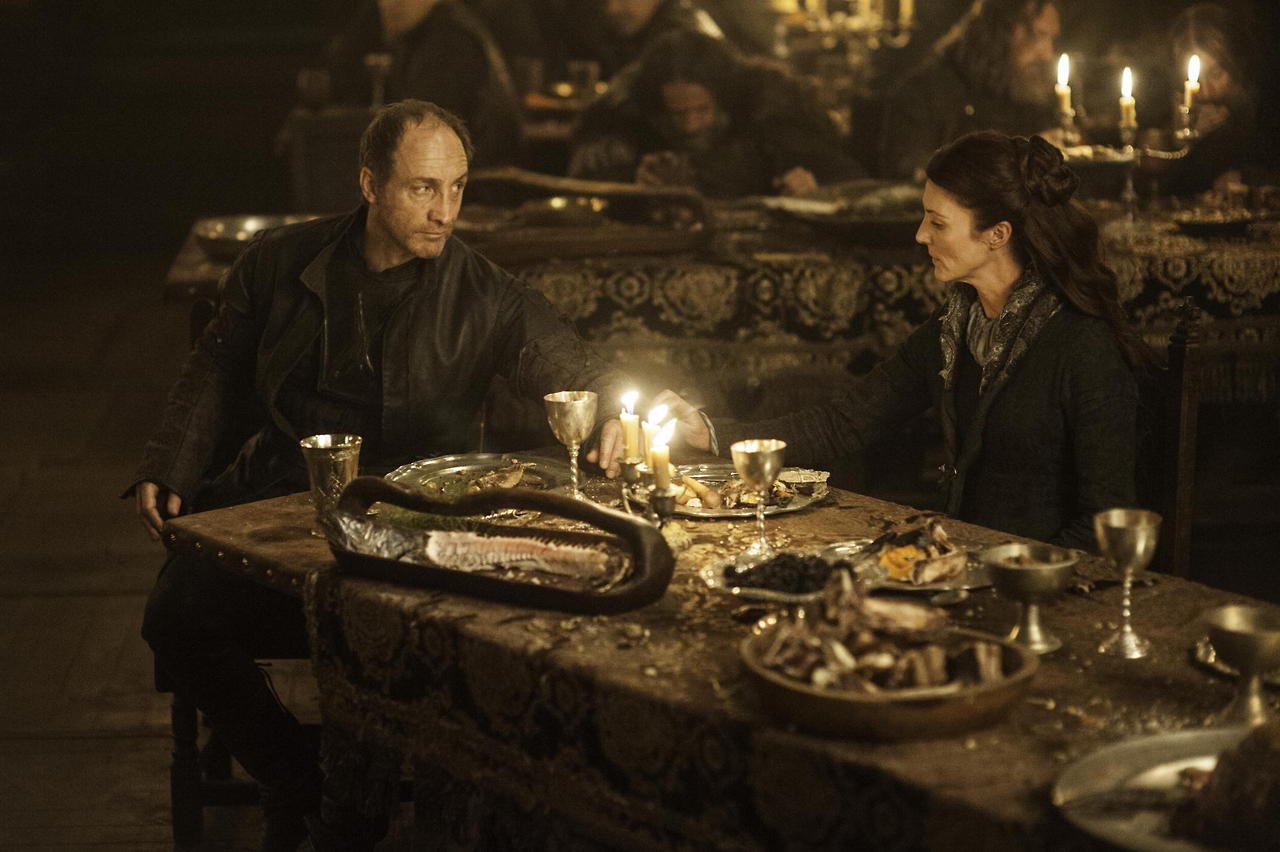 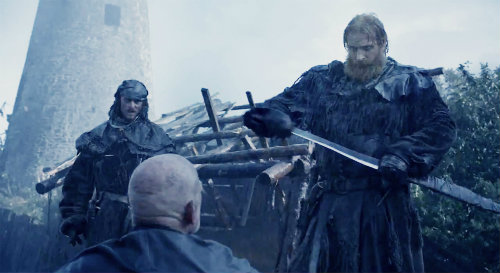 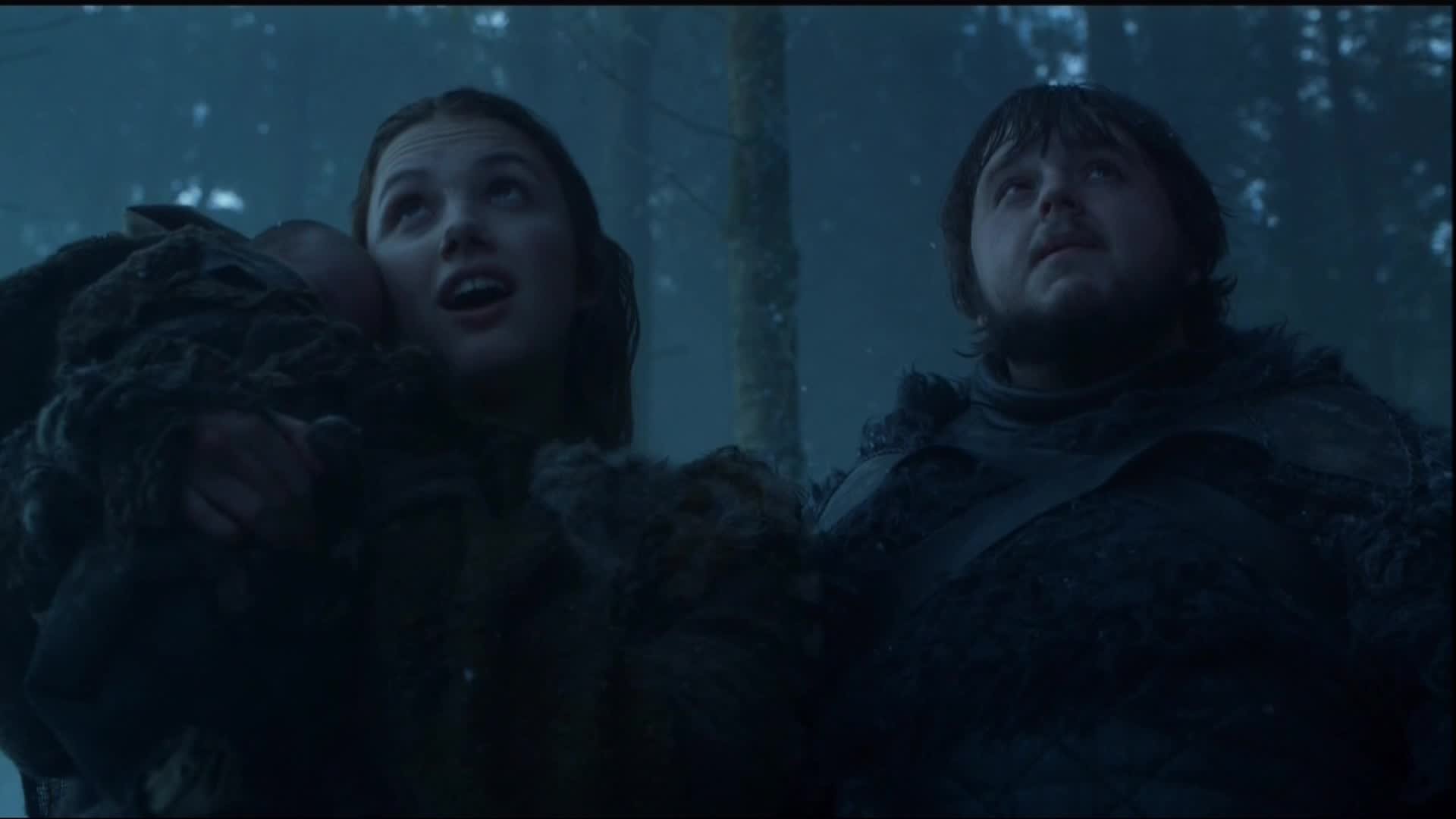 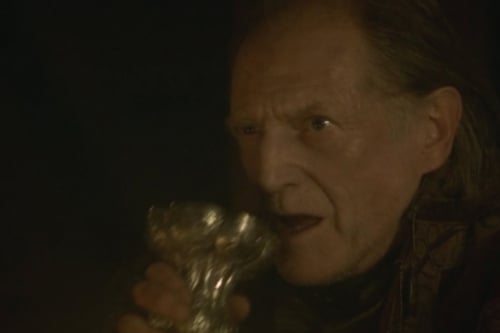 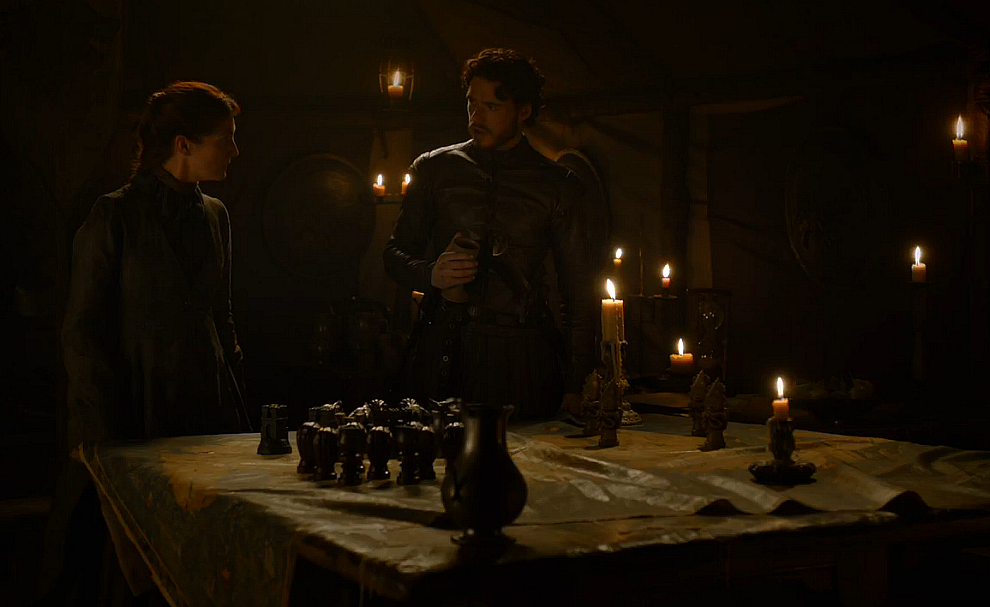 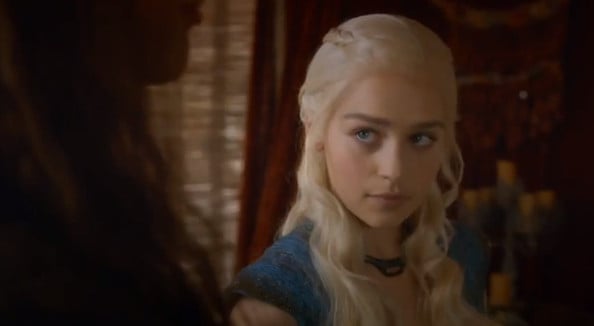