When the original Plants vs. Zombies: Garden Warfare came out, it was met with some skepticism. EA turning a tower defense game into an online, kid-friendly shooter? Many imagined industry execs salivating at the potential for monetization. For the most part, it isn’t too bad, though, and there are quite a few nifty features that set it apart, led by a remarkably refreshing asymmetrical combat system. Of course, it’s also littered with server issues and micro-transactions, but with big developers now turning beloved franchises into pachinko machines, it seems almost antiquated that two years ago this was pushing the limits of what consumers would accept.

But if we remove our EA cynicism goggles, it’s hard to deny that there’s great potential here; arguably, the core mechanics are among the most innovative of any 2014 shooter in its class. The slapdash, incredibly chaotic gameplay matches expertly with both the character balancing and the tone itself—all of which could have failed miserably on their own. The fact that the game is even competent, coming from a tower defense background and faced with the implementation of features that could be either joyful or dreadful based on execution, makes it somewhat deserving of note in its own right. Unfortunately, even then the massive grinding gets in the way of the fun.

So, coming into Garden Warfare 2, there’s reasonable justification to be concerned. The fact that it’s a sequel only heightens the prospect that EA is just clutching at our wallets. Really, the goal for Garden Warfare 2 should be fairly simple: add, tweak, and don’t screw it up. With core mechanics as solid as its predecessor, the framework for a decent experience is already there. And surprisingly, in that sweet, sweet pocket of time right after the game released, it looked as though PopCap Games had done just that. 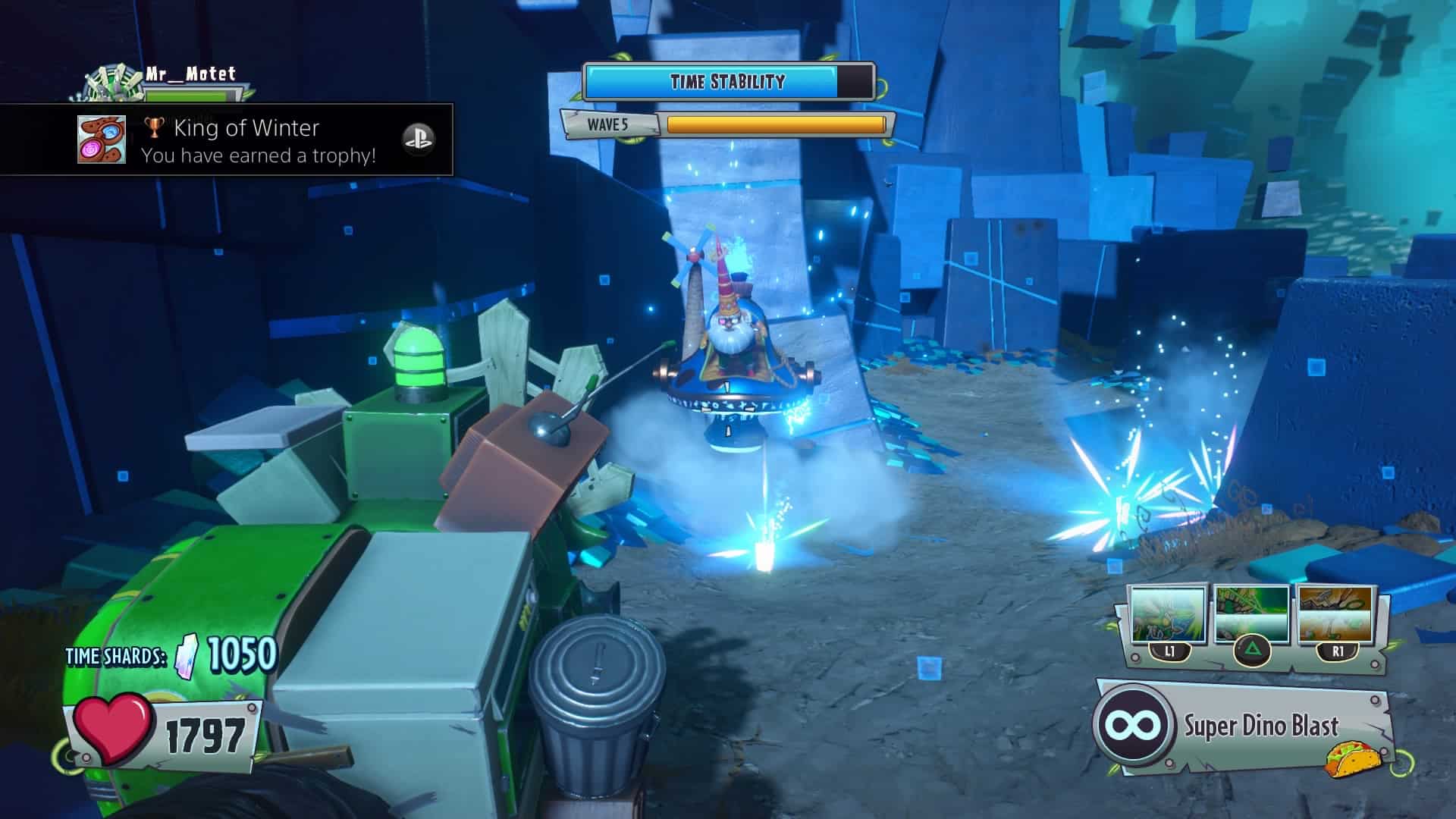 Almost all of the problems from the original are addressed in Garden Warfare 2 to some degree. The most notable and well-deserved change is a huge roster increase, going from 4 to 10, all of which have many skin variants. While history might imply they’d be cosmetic, that couldn’t be further from the truth; each skin provides a different set of skills and unique balancing, enhancing the degree of variability that was truly the standout feature of the original.

Now, not only does it stand out, but it lifts itself into the realm of an industry standard; very few choices feel unbalanced in the traditional sense of the term, and that’s achieved not by neutering each class’s strengths, but rather by playing to the bombastic and overpowered elements found in each one. What is great fun but grows tiresome in the original Garden Warfare is now flush with alternatives that are begging for you to try them out.

It’s a seemingly obvious move, but also one that could have been written off by a somewhat fair argument: one problem with the first installation is that the small size of the maps pushed the chaos to ridiculous (and potentially un-fun) proportions, and adding more variety could lead to even more confusion. The simple way to fix that is to make the maps bigger, and that’s exactly what they’ve done! EA listened to player feedback! Well, it was likely PopCap actually, but nonetheless, kudos must be given for going the extra mile.

With the addition of a few notably missing modes from the previous game—such as zombie single-player mode—all this alone would have made the game a worthwhile successor, but PopCap has also attempted to fix some other glaring oversights the original…to more mixed results. 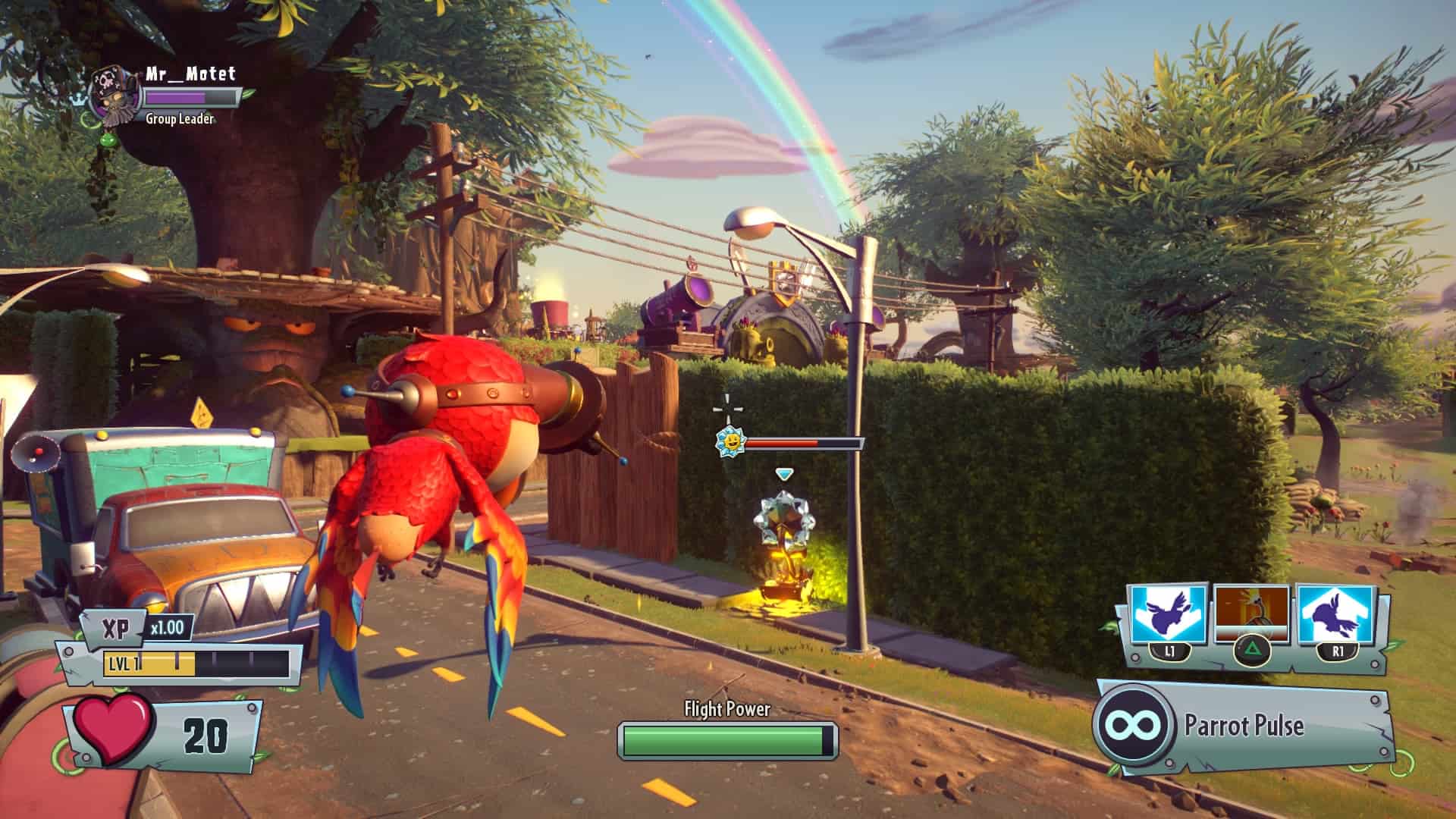 The first big change is the one that’s probably most immediately noticeable: the main menu, or lack thereof. Instead of opting for another menu, a wide open battleground has been added that serves both as your navigation to each of the game’s modes and a sort of “free roam.” In it, you can do battle with AI enemies, seamlessly switch sides, explore, and even play soccer!

These little additions might seem like fluff, but there’s a certain mark of quality about it—you’d be surprised how much time you can sink into a dueling game of Citron soccer against a local friend. Some other positive changes came about not by what they added, but by what they took away. Removing some of the unforgiving grind and step-by-step challenges that required you to complete one before you can move to the next is actually one of the more surprising moves, seeing as that’s usually the avenue to get people to buy coins used for packs. The grind is still there, but it’s not the slog that it was in the first game.

Of course, the devil’s in the details, and Garden Warfare 2 is no exception. For all the content that was added, the quality of the additions is hit-or-miss. Certain effects on the balancing run the risk of spoiling the fun, in particular the buffs you get with leveling. In one sense, it’s natural to incentivize leveling, but with such asymmetrical, well-considered balancing already in place, flat upgrades really detract from the overall experience. It would’ve been nice to see as much variety in leveling as you see in the different skins. And that’s not where it really gets bad, but we’ll get back to that in a bit.

Though many people had asked for additional story-lines, the result is probably a bit more banal than they anticipated. The majority of the time is spent fighting waves of enemies, and the few unique missions that are available are often running gags dressed up as a campaign. If the gags were funny, that might be alright, but spend ten minutes on a gag where the same joke is repeated time and time again (I’m looking at you zombie teleporter) and it draws dangerously close to a bad episode of Family Guy. Not all the jokes are sub-par, but for those that are, at least let them be short. 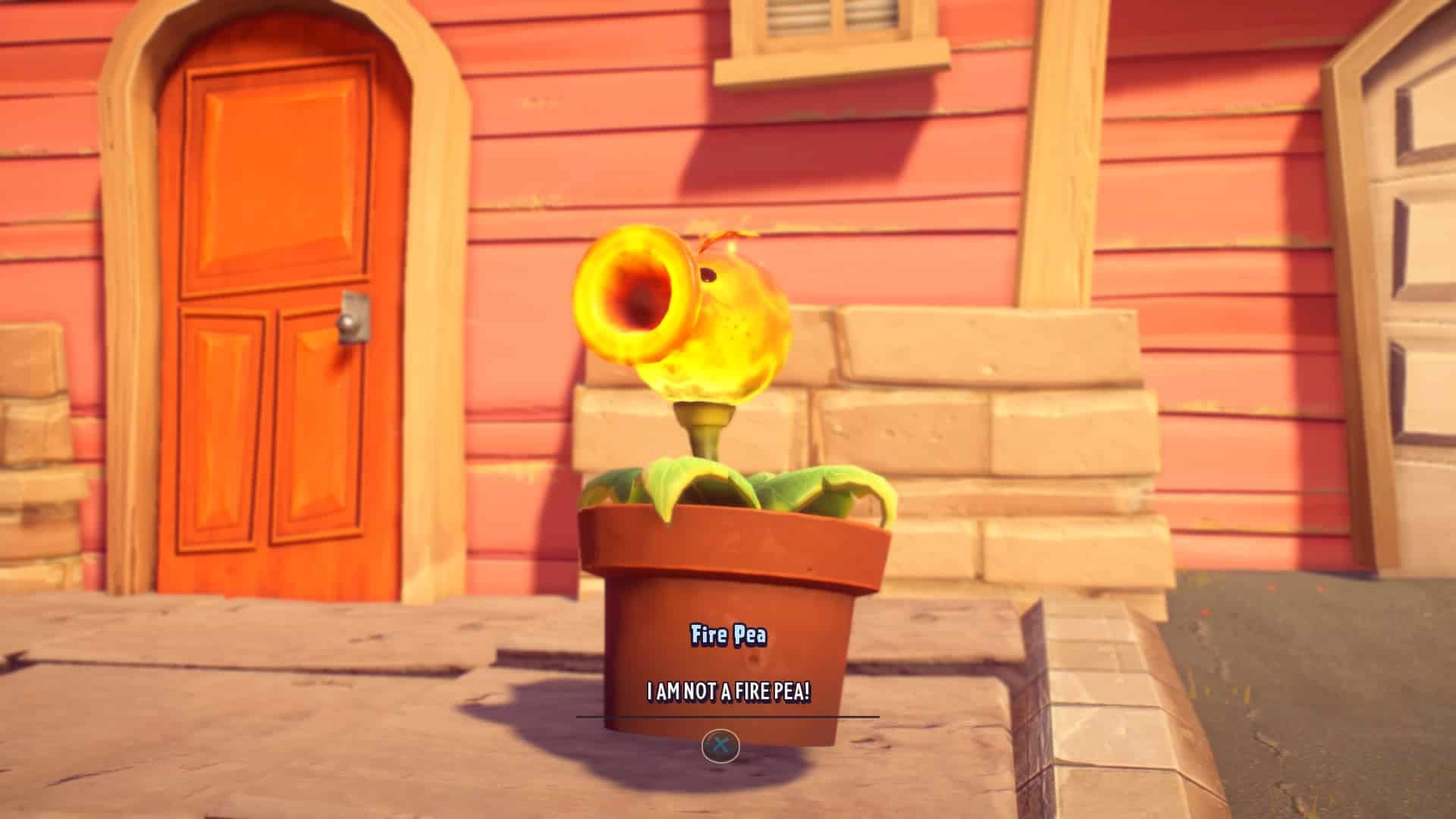 But the most galling offense in this game is something that didn’t even happen on release, and is one of the more insidious cons EA has played on the general public in recent memory. Around one week after release, after the majority of reviews for the game had already come out, EA quietly updated the game to slip in micro-transactions. The micro-transactions themselves are not terrible, as the aforementioned grind is reasonably fair, but they are notably pricier than the original Garden Warfare. What’s worse is the sheer gall to wait until reviews have surfaced before doing something everyone already expected you to do. It’s dishonest and shameful, to say the least, and when coupled with the nerfing made in the same patch, gives a foreboding tone going forward. Who’s to say that EA won’t slip in a similar tweak later on that makes it harder to receive coins? Even if this is where it ends, it’s frankly disgusting, and tells you exactly what EA thinks of the general public: that we’re all too stupid to realize what they’re doing.

Still, for now, the game is an overall great experience. Many of the problems from the original have been solved, and clearly a lot of time and effort went in not only to make cosmetic tweaks, but to really listen to the fans and make substantive changes for the better. Some issues do still remain, but by far the saddest part of this affair is the lost chance EA had to repair its reputation among the public. We shouldn’t really be surprised; EA has crafted its brand as the abusive lover we always return to, but if they keep this up, it won’t last forever.