“Something’s wrong here. I don’t know exactly what it is, but something’s wrong here.” Repeated by its protagonist throughout This Must Be the Place, the line captures the baffling quality of Paolo Sorrentino’s English language debut. An erratic merging of different forms and tones, it is a difficult film to describe and one even harder to discuss in regards to why much of it succeeds. It is certainly schizophrenic conceptually and stylistically, but it also never feels disjointed or packed with too many strands.

Sean Penn plays a wealthy former rock star of around 50 years of age, Cheyenne, bored and jaded while in long-implemented retirement in Dublin. Perpetually slathered in the make-up and attire of his goth rock career, as well as frequently wielding cat eye glasses and a shopping trolley, Cheyenne visually resembles a curious blend of Penn’s own inescapable looks, The Cure’s Robert Smith and a grandmother; his camp vocal intonations alternately bring to mind Truman Capote, canine cartoon star Droopy and a John Waters character. Residing in a palatial estate with his fire-fighter wife and emotional anchor Jane (Frances McDormand), the disconnected Cheyenne spends much of his time investing in stock shares and attempting matchmaking with a young Irish girl he has a tenuous connection to (Bono’s daughter, Eve Hewson). Upon hearing that his estranged father is dying, he makes the journey to New York in an attempt at reconciliation, only to find he has missed his chance. Never really knowing his father, Cheyenne discovers the extent of the man’s experience in Auschwitz at the hands of a particular SS officer, and with some guidance from a Nazi hunter (Judd Hirsch), sets off on a journey across the United States in order to track down the former officer, who had since moved to the country and may still be alive.

The film’s most consistent element, of which there are few, is its deadpan comedy, not just that delivered by Penn but through an array of supporting characters encountered both in Dublin and the States; some only present for a single scene, each newly introduced person, and indeed situation, is embellished and treated as though it is of the utmost importance. Among the numerous fleeting players is David Byrne, the writer of the Talking Heads song the film’s title is derived from. In addition to songs by Will Oldham, he contributes to the film’s score; covers and re-arrangements of “This Must Be the Place” also make recurring appearances. Byrne plays himself in a topsy-turvy concert sequence that is both a highlight of the film and representative of its heavily stylised visual approach. Sorrentino and cinematographer Luca Bigazzi have the camera constantly on the move, often incorporating swooping crane shots to create a grandiose feeling even for some arguably low-key moments. The effect of this is sometimes bothersome, but it works especially well during showcases of the American landscape, the visuals of which are frequently lent a lovely lush quality through bright, heightened colours.

The heightened landscapes are just one of many attributes contributing to This Must Be the Place’s lone clear similarity to the filmic language of another director, that of Wim Wenders. The huge skies, the small-town eccentricities, and the themes of searching through the past and of lost dreams are all defining aspects of a particular brand of Wenders film, all of them featuring prominently in Sorrentino’s effort. The lead of Wenders’ masterpiece Paris, Texas, Harry Dean Stanton, even makes an appearance in one especially delightful scene; surely a very knowing, deliberate cameo.

This film is a case where so much of its content just shouldn’t work but somehow does, providing unexpectedly moving scenes amidst its various eccentricities and visual showiness. If there is one easily deducible complaint, it is that the resolution regarding the SS officer feels somewhat insipid and questionable, and the use of real photos of holocaust atrocities in a slideshow in one scene feels at odds with the approach of the rest of the film, even one as tonally erratic as this. Much of the Dublin stretch of the film, as dryly funny as it is, also feels a little drab, but once the film eventually makes its way there This Must Be the Place proves a most hypnotising American odyssey. 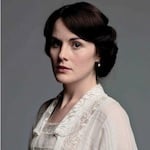 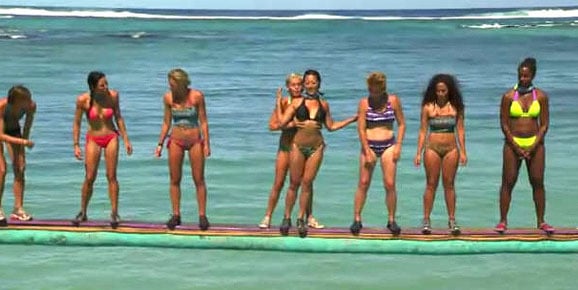