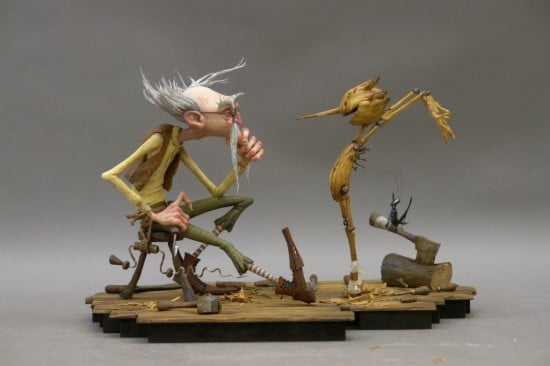 Guillermo del Toro, The Jim Henson Company, and Pathe are set to produce a 3D stop-motion animated adaptation of Pinocchio. The film will be based on a 2002 book of the classic fairy tale, and written by Matthew Robbins. Deadline reports that Gris Grimly and Mark Gustafson (animation director for Fantastic Mr. Fox) will direct the new version with the music to be composed by Nick Cave. The puppets and 3D elements will be developed with McKinnon and Saunders, the UK-based facility that worked on Fantastic Mr. Fox, Tim Burton’s Corpse Bride, and the upcoming Frankenweenie. Originally the project was developed in 2006 with del Toro intending to direct but he decided to do Pan’s Labyrinth instead. 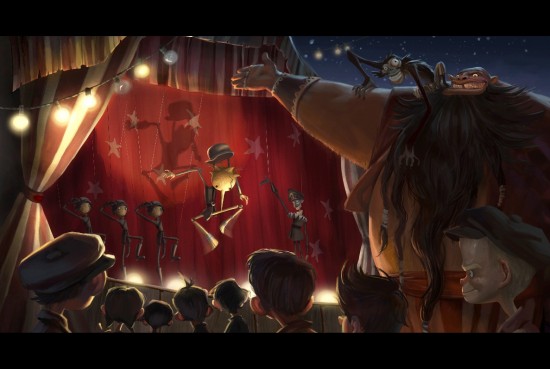 According to Deadline, the new version is aimed at an audience 10 years and up, and will be a bit edgier and more scary than the typical Disney film.

“There has to be darkness in any fairy tale or children’s narrative work, something the Brothers Grimm, Hans Christian Anderson and Walt Disney understood.  We tend to call something Disney-fied, but a lot of people forget how powerfully disturbing the best animated Disney movies are, including those kids being turned into donkeys in Pinocchio. What we’re trying to do is present a Pinocchio that is more faithful to the take that [original author Carlo Colodi] wrote. That is more surreal and slightly darker than what we’ve seen before.”

“The Blue Fairy is really a dead girl’s spirit. Pinocchio has strange moments of lucid dreaming bordering on hallucinations, with black rabbits. The sperm whale that swallows Pinocchio was actually a giant dogfish, which allows for more classical scale and design. The many mishaps Pinocchio goes through include several near-death close calls, a lot more harrowing moments. The key with this is not making any of it feel gratuitous, because the story is integrated with moments of comedy and beauty. He’s one of the great characters, whose purity and innocence allows him to survive in this bleak landscape of robbers and thugs, emerging from the darkness with his soul intact.”

There’s more information in the Deadline story, including some additional story specifics and also the latest updated on At the Mountains of Madness. 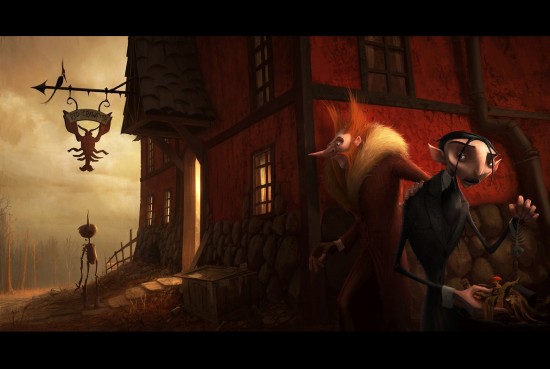