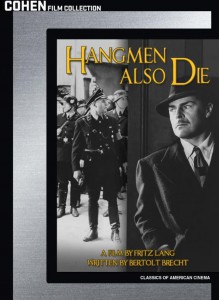 Accounts vary regarding Fritz Lang’s departure from his native Germany in 1933. His own tale of a hasty and secretive escape in the dark of night has been met with scrutiny, and documentation from the period seems to confirm a considerable amount of embellishment on Lang’s part. In any case, the bottom line is that Lang got out while the getting was good, first stopping over in France, where he directed Liliom (1934), then making his way to America, where his first Hollywood feature, Fury, was released in 1936. Lang never fully left his Germanic sensibilities though, nor did he deviate much from his established cinematic style, already so marvelously displayed in the earliest of his German films. It stands to reason, then, that when World War II began in full force, Lang felt compelled to delve into war-related films. His personal connection to his European homeland and his feelings about what had became of it found an outlet in his Hollywood moviemaking, first with Man Hunt (1941) then with Hangmen Also Die (1943), an excellent wartime thriller that exhibits a number of Lang’s defining narrative and formal characteristics, and clearly indicates where he stood politically and socially. 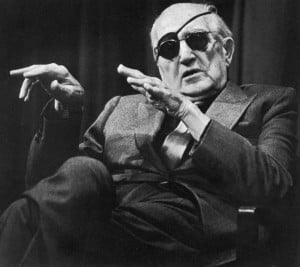 After the Czechoslovakian resistance fighter Dr. Franticek Svoboda, AKA Karel Vanek (Brian Donlevy) shoots Nazi officer Reinhard Heydrich, AKA “The Hangman” (Hans Heinrich von Twardowski), he attempts to flee from the scene, which he does thanks to Nasha Novotny (Anna Lee). Nasha is a young Czech woman who lives in the area and quite innocently directs the Gestapo away from Svoboda. Such a seemingly innocuous decision, however, brings forth tragic and wide-ranging ramifications. Nasha’s father, Prof. Stephen Novotny (Walter Brennan), knows who Svoboda is when he comes to thank Nasha, and he is wise to what the stranger has done. The rest of her family, however, remains in the dark, as does her fiancé. Eventually, the Nazis round up anyone who may know the whereabouts of Heydrich’s assassin (including Prof. Novotny), planning to execute these hostages until the assailant reveals himself. 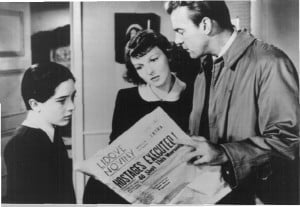 The suspenseful pursuit that transpires gives Lang ample time and varying scenarios to convey the threatening reign of terror that envelops this Czechoslovakian region. Reminders of intimidation tactics and promises of punishment constantly haunt the townspeople. Yet their destitution and surface meekness conceal a rebellion that boils underneath. The shooting of “The Hangman” lights the spark, and no matter that restrictions are tightened and hostages are taken, the bottled up defiance is steadily brought to eruption. Is Hangmen Also Die a propaganda piece? Of course, in the best possible sense. Adamantly pro-Nazi, the film in turn must undoubtedly favor the other side, as it should. It is a testament to the resilience of the resistance.

But there is also a very human drama acted out against this backdrop. Svoboda’s attack of conscience as he struggles between his own survival and that of the hostages is a powerful predicament. When the Nazis begin their community assault, all in the name of seeking the assassin, Svoboda wonders if it’s all worth it. He is reassured that the underground needs him, that he, or more specifically, his actions, are representative of the whole of the opposing population. “Czech people have executed the hangman,” he is told. It’s more than just him. But the guilt of the punishment extended to the innocent weighs heavily. At the same time, Nasha knows who Svoboda is and what he did. Drop the dime and her father will possibly be returned, but at what cost to the resistance? Like in so many Lang films, from M (1931) to Fury to Beyond a Reasonable Doubt (1956), moral dilemmas abound, all questioning simplistic divisions between the personal and the communal, between what is good for all and what is good for one.

Lang expertly shoots the tension with a stark, noirish treatment, where every word or suggestion potentially puts someone new in danger. Suspicion and impending betrayal sway actions and thoughts, and the hazards of traitorously playing both sides are shown to be quite dire. As in M, Lang’s interrogation scenes are taciturn and hostile, with little in the way of decorative visual or aural adornment to divert attention from the accusatory aggression. The questioning is cold, detached, and menacing. Likewise, as also in M or Fury for example, Lang’s depiction of a mob mentality, for better or worse, is powerful. When Nasha is questioned by her own people about her reasons for wanting to go to the Gestapo, the threat of their violently turning even on her becomes very real.

There are times when the overriding message of the film gets somewhat pedantic, but the intentions are admirable and the emotion is strong. And though the film gets slightly sluggish toward the end, with some needlessly prolonged digressions, these same scenes occasionally boast moments of brilliance (the way in which the traitor is revealed, for instance). 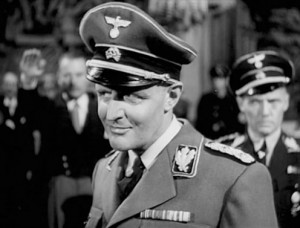 With cinematography by the renowned James Wong Howe, Hangmen Also Die looks great, even if it’s not quite as ornamental as his work on Yankee Doodle Dandy (1942) before, or Sweet Smell of Success (1957) years later. Donlevy gives a decent performance, though it’s largely a one-note turn. Lee’s frightful Nasha fluctuates more notably, between timidity and stubborn strength. Brennan, not at all as most people know the actor, is generally responsible for the film’s didactic speeches, as given by the endearingly wise Prof. Novotny. They are brief appearances, but the performances of Lionel Stander as a pivotal everyman cab driver and Hans Heinrich von Twardowski as the creepy “Hangman,” an embodiment of pure evil, are also memorable. (Interestingly, the German von Twardowski’s credits range from work on the seminal The Cabinet of Dr. Caligari (1920) to a string of almost comically typecast roles in films such as Hitler’s Madman (1943), The Strange Death of Adolf Hiter (1943), The Hitler Gang (1944) — you get the idea.) 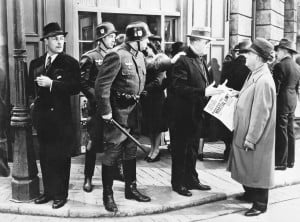 That Hangmen Also Die came together as well as it did and holds up as well as it does is something of a surprise given its tumultuous road to production and release. Accompanying the newly released Cohen Film Collection Blu-ray is a commentary by Richard Peña, a featurette with historian Robert Gerwarth, and an essay by Prof. Peter Ellenbruch, all of which detail the film’s complex backstory and its true-life source. Bertolt Brecht and Lang were friendly, and Lang did a good deal to secure the author’s arrival in America and his subsequent Hollywood employment, but each approached storytelling from drastically different methodologies, and their ultimate aims for the film were not always in sync. What followed also included contested screenwriting credit (hence John Wexley’s name), issues with studio requirements (more romance) and, years later, a “subversive” label at the hand of the HUAC. Whatever it took though, Hangmen Also Die works. With M, it is a film Lang considered among his most important. Coming out in 1943, it also must have been frighteningly dramatic for contemporary audiences, and it remains a chilling and captivating window into the personalities and emotions of WW II’s victims, their struggles, their small victories, and the sweeping human toll of the whole era. 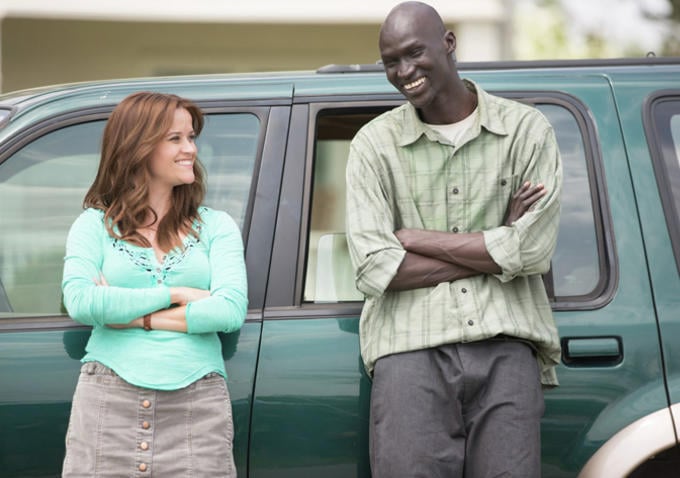 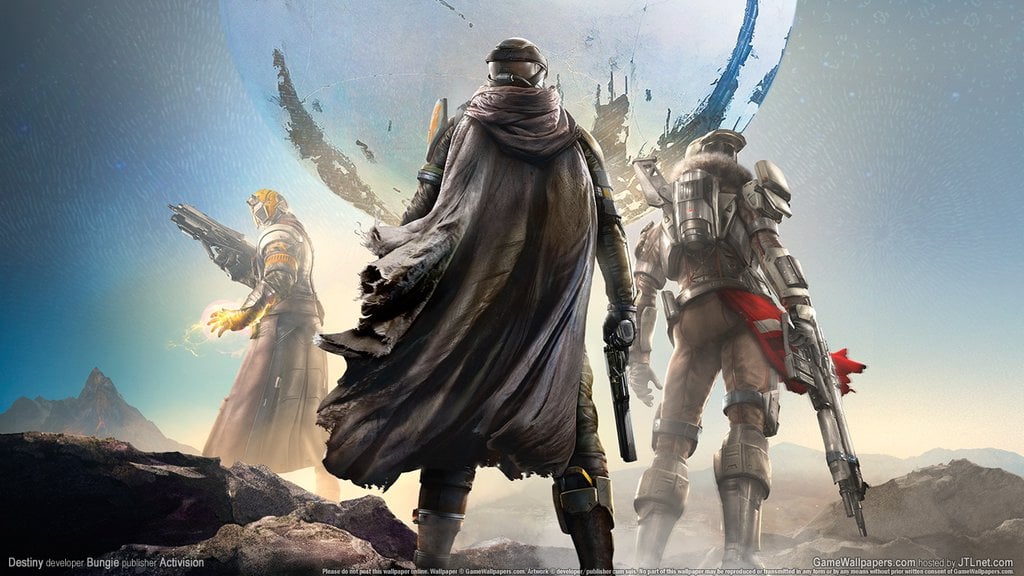