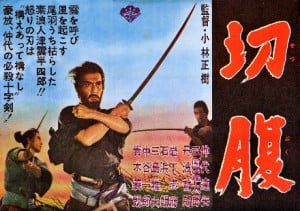 In the early 17th century, the Iyi clan abides by the bushido code to the letter in all its facets, sepukku, the traditional samurai suicide ceremony by which a warrior disembowels himself before being decapitated, being no exception. It is on a bright sunny day that one Tsugumo Hanshirô (Tatsuya Nakadai) arrives at the Iyi estate, currently run by Saitô Kageyu (Rentarô Mikuni), to plead for space in order to perform a honourable act of seppuku. He claims that the regional peace has led to unemployment, and rather live like a dog, suicide as ordained by bushido seems preferable. Knowledgeable of the occurrences of bluff requests made by other ronin samurai that were merely looking for pittance, Saitô is suspicious of Hanshirô’s motives and begins to relate a recent story of another, younger former warrior (Akira Ishihama) from the same clan that had made the same request and was forced to perform the bloody act with his fake bamboo blade. This tale sparks Hanshirô’s interest, who begins telling his own story of a fellow samurai he once knew…

People watching Harakiri for the very first time may be surprised at how long it takes for the samurai swords to be unsheathed and the blood splashing to commence. Rest assured, patient viewers do indeed get to witness action, much it brilliantly shot and appropriately sanguine, yet the picture’s major strength lies less in the thrilling payoff and more in the drama and ethical queries posed during in the lead-up. For as praiseworthy as Kobayashi stages the samurai martial arts, his talent, and that of cinematographer Yoshio Miyajima and the duo of screenwriters, is clearly in concocting a powerful tale of revenge. More importantly still, the revenge angle that dominates Harakiri’s story is far removed from the sort that satisfies the blood lust many a moviegoer enjoys in the average thriller.

What unfolds as estate lord Kageyu and lonely swordsman Hanshirô relate their experiences is a revenge tale steeped in a foolhardy obsession with bushido that has resulted in another man feeling the worst variety of pain and sorrow for making a decision some years ago that he felt was best for his family at the time. In Hanshirô’s determination to avoid seeing his beautiful daughter (Akira Ishihama ) become the concubine of a powerful house, he invites the handsome if dirt poor ronin Motome to take her hand in marriage. He knows the two fancy each other, therefore forming a perfect uniib in love, a preferable, more respectable avenue than eschewing such matters so as to seek out financial gain in less honourable fashion. While it is true that their lives may be a bit more trying than most for lack of funds, at the very least everybody is happy. The distinction in actor Tatsuya Nakadai’s performance during the flashback sequences during happier times and the quietly furious man in the present day is work of the highest order. From his look to his voice, the stark contrast between the two eras is further proof that Nakadai was one the very best actors of his generation. When the film cuts back to his philosophical tête à tête with Kageyu (it should be noted that Rentarô Mikuni is strong as well, giving his character an appropriate mixture of contempt and poorly hidden shame), it is obvious that anger and frustration boil beneath the Hansirô’s exterior, yet he persists in taking his time to assault Kageyu and the latter’s minions with words that strike deeper than any sword could.

Therein lies Harakiri’s beautiful strength as a revenge film. Yes, action movie fans get to relish in some hacking and slashing as Kobayashi concludes his picture, but by then the more poignant attack has already been executed. The regimented bushido code was taken to an illogical extreme by a small group of influential men who saw fit to punish a beggar in order to protect the prestige of their clan. Hanshirô ferociously opposes their shameful practices, ones that the clan masquerades as paying tribute to traditional samurai values. As visceral and excitingly filmed as the actual combat sequences are, the theoretical contest of wits between the protagonist and antagonist is just as if not more thrilling in its plea for something as simple yet so frequently shooed to the wayside as humanity.

Masaki Koyabashi’s direction is often wondrous to behold as well. Along with his cinematographer, the director infuses Harakiri with a sumptuous aesthetic that emphasises space and the geography of the places characters find themselves in. The camera pans and zooms are incredibly stable and consistently highlight where people are in relation to one another and the physical borders (when applicable) of the locations. Nearly every time the film cuts back to present day to the verbal match between the two main characters, the camera makes very clear the cultural value put on ronin (master-less samurai) who perform seppuku in a lord’s court. No one, save for the samurai’s ‘second’ (the one who performs the coup de grâce beheading) sits anywhere near the victim. Much space is provided, as are ceremonial robe and mat, thus implicating a type of worship and admiration on the part of the observers. Even so, Kageyu sits atop a chair which itself rests on an elevated stage. However much the attendees praise the victim, there are some that still place themselves above, both literally and figuratively.

When the violence finally erupts, it does not eat up much of the running time but certainly makes a case for how fatiguing samurai combat must be. Very soon after cutting down a couple of Kageyu’s men, an outnumbered Hanshirô begins to pant as he does his best to outrun and outfox his attackers, occasionally breaking down walls in the process, hoping to prolong the battle as long as possible. Hanshirô is a smart fighter, quickly judging what advantages exist at his disposal to confuse and maim his opponents. That said, Harakiri keeps the battle fairly realistic insofar as one man could sadly never overcome for very long the odds the hero faces in the climactic clash.

More than just a samurai movie (even though those are very fun too) Harakiri is just as much a morality tale in the defence of a human’s capacity for reason and emotionality as it is an indictment of a human’s unwillingness to compromise when faced with the prospect of shame and embarrassment. 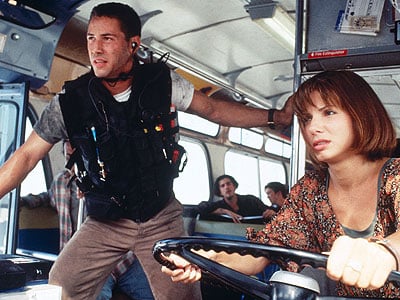 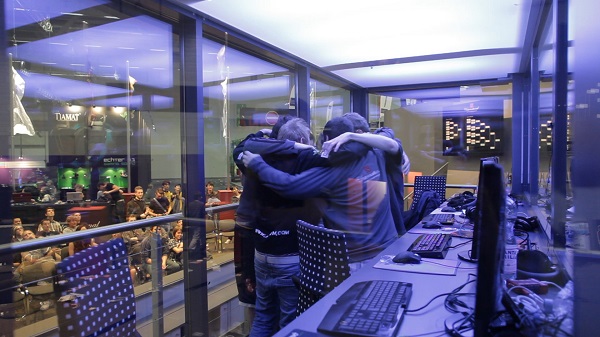