Blake Lively started out in television as the Upper East Side queen in the American teen drama “Gossip Girl.” From there she became a household name. People noticed her undeniable charm which got her into the big screen. She did a few pieces that are remarkable but you may have forgotten as they were a long time ago. Nevertheless, here’s a look back at her 10 best films.

(2010, RT 93%). Ben Affleck directed, co-wrote, and stars in this drama about a Boston-based gang of bank robbers. They’re the best they are at what they do, a seemingly unstoppable crime wave. Until one of them, Doug (Affleck) falls in love with a woman who knows their secret and might betray them to the police. At the same time, the gang is planning their greatest heist ever — a robbery at Fenway Park.

Blake’s character, Kris, is Doug’s ex-girlfriend and the sister of Jem (Jeremy Renner), another member of the gang who becomes suspicious of Doug’s wavering loyalties. Driven by her anger over Doug’s dropping her, and fear of an FBI agent (Jon Hamm) who’s pressuring her for information about the gang, Kris may prove to be the weak link in the little family that’s grown up around the gang.

The Town is a tight, suspenseful movie that’s at once a crime thriller and a look at the complex web of relationships we all build up around ourselves. Although Blake is only part of the supporting cast, she plays a pivotal role in the plot and makes the most of her screen time as a woman caught between her loyalty to friends and her desire for revenge on the man who betrayed her and her family.

(2018, RT 86%). This dark, twisty 21st-century film noir has a wicked sense of humor and outstanding performances that make it one of the best Blake Lively movies. Stephanie (Anna Kendrick) is a mommy blogger whose best friend, Emily (Blake) asks her to babysit while she’s busy at work.

But then Emily disappears, and Stephanie’s attempts to find her lead into increasingly bizarre situations. One thing is clear: Emily is far from the perfect suburban mom she seems at first, and she’s left a whole life full of dark secrets behind her. And she’ll do just about anything to keep her secrets hidden…Kendrick is fun to watch as a blogger turned amateur detective getting in way over her head, and Blake makes an excellent foil for her, at turns charming and sinister.

(2016, RT 78%). Here, Blake tries something different than her usual dramatic and comedy roles. The Shallows she plays Nancy, a surfer who, after a hard wipeout, finds herself trapped on a rock with no one else around. Fortunately, the shore is only a few hundred yards away. Unfortunately, there’s a very large and hungry shark swimming around the rock, and she’s cut her leg on the rock and is bleeding.

And to make things even worse for her, the tide is coming in and before long, she’ll be washed off the rock and into the shark’s mouth. The Shallows is a very straightforward, minimalist thriller. It’s just Nancy and her wits against the shark and the ocean. But the filmmakers and Blake wring high tension out of this simple setup as she struggles to find a way off the rock and back to safety. Like Jaws and Open Water, this is a movie that will have you reconsidering your next beach trip even as you root for Nancy to survive.

The Sisterhood of the Traveling Pants

(2005, RT 77%). This was Blake’s first major movie role, at age 18. She co-starred with Amber Tamblyn, America Ferrara, and Alexis Bledel in this girl-bonding movie based on Ann Brashares’s bestselling young adult novel. Four best friends, about to split up for the summer, go on one last shopping trip and find a pair of jeans that fit all of them despite their different sizes and shapes.

Not only that, these pants somehow seem to bring confidence and good luck. The girls agree to share these “Traveling Pants” over the course of the summer. Blake’s character, Bridget, is a soccer star who pursues a relationship with an older coach at soccer camp while battling depression. The Sisterhood of the Traveling Pants is a feel-good movie, but it’s not just a simplistic girl-power message.

The movie deals directly, and maturely, with some of the darker sides of life, including death, loss, and depression, and shows how friendships can help face these challenges — as well as how friendships can last even when the friends’ lives are taking them in very different directions.

(2016, RT 70%). Blake is part of an ensemble cast in this Woody Allen period piece set in the 1930s. Jesse Eisenberg plays Bobby, a Jewish man from New York who becomes involved with both the Hollywood elite and New York gangsters.

After having his heart broken in a failed love affair in Hollywood, Bobby returns to New York where he opens up an elite nightclub. One of the patrons of his club is Veronica, played by Blake, and they begin a relationship and eventually marry. But it isn’t long before Bobby and Veronica’s life is disrupted by Bobby’s old love and by his violent brother and partner, Ben.

Cafe Society is a polished, mannered movie filled with nostalgia for the golden days of Hollywood royalty, not to mention the famous gangsters of the 1930s. Blake and Eisenberg work well together as a couple whose relationship is damaged before it even starts, and the rest of the cast, including Kristen Stewart and Steve Carell, are equally assured.

The Private Lives of Pippa Lee

(2009, RT 68%). Robin Wright Penn and Blake share the title role in this movie about an older woman who seemingly has everything she could want: a loving husband, comfortable wealth, lovely children. But as in A Simple Favor, not all is as it seems. When her family moves out of Manhattan to the suburbs, Pippa becomes bored and unsettled, especially as her older husband’s health declines, and her children drift away.

She flashes back to her younger days (played by Blake) when she was anything but the perfect facade now presents to the world. Young Pippa fought a constant war with her neurotic, overbearing, and drug-addicted mother. She eventually escaped to the city but ended up working as a stripper and fighting her own battle with drugs before she met and married her husband.

The Private Lives of Pippa Lee is a thoughtful look at what women want out of life, and the obstacles they must overcome not only to get what they want but to hold on to it. Wright Penn and Blake anchor the movie with gripping portrayals of quiet desperation and youthful rebellion.

The Sisterhood of the Traveling Pants 2

(2008, RT 65%). This sequel reunites the four friends from the original The Sisterhood of the Traveling Pants as they go off to college. Even though they’re taking the next step in their lives, they’re still held together by their friendship — and a possibly magical pair of pants!

Blake’s character, Bridget, is still struggling to accept her mother’s depression and suicide, and her fear that she’ll end up the same way. Even the excitement of an archaeological dig in Turkey can’t help her forget her fears. It takes a visit to her estranged grandmother to learn the truth about her mother and herself and to get her to stop trying to erase her past.

The Sisterhood of the Traveling Pants 2 avoids the usual sequel dropoff. It has all the courage, warmth, and heart of the original, and viewers who enjoyed the first movie will be glad of a chance to spend more time with Bridget and her friends.

The Age of Adaline

(2015, RT 56%). This unusual romance once again sees Blake playing a character who’s hiding a secret. In this case, apparent immortality. Born in 1908, Adaline Bowman was apparently killed at the age of 29 when she fell into a frozen lake, but she was revived by a lightning bolt.

She soon discovers that her aging process has stopped, leaving her eternally 29. While that might seem like a blessing, it has its dark side. Adaline has been threatened over the years by those who suspect her immortality and want to learn the secret for themselves. She has been forced to live life as a fugitive, using assumed identities and keeping people at arm’s length so no one can notice she’s not aging.

Her only friend is her daughter, Flemming, now an elderly woman herself (Ellen Burstyn). But Adaline’s resolution to protect herself is shaken when she meets handsome Ellis Jones (Michiel Huisman) — especially when she discovers that Ellis’s father, William (Harrison Ford), also loved her decades ago. Romance fans will enjoy The Age of Adaline for a warm, satisfying love story. Huisman and Blake make for attractive leads and have excellent chemistry.

(2012, RT 51%). An action-thriller directed by Oliver Stone. As Ophelia (or “O,”) Blake is the center of a polyamorous relationship with two pot growers, Ben (Aaron Taylor-Johnson) and Chon (Taylor Kitsch). Unfortunately, their relationship is disrupted when the Mexican drug cartel tries to muscle in on Ben and Chon’s operation.

When they refuse, the cartel sends goons to kidnap O. It’s up to Ben and Chon, with the help of a crooked federal agent, to go up against the cartel and get their girlfriend back, not to mention getting some payback as well.

While Savagesdoesn’t really give Blake much to do other than act as a prize to be fought over, she also narrates the movie in a dizzy pothead style. Savages aren’t as deep as it thinks it is, it’s still an entertaining action movie, especially when Ben and Chon get going on their mission of revenge against the cartel.

(2006, RT 37%). This raunchy comedy, starring Justin Long, Jonah Hill, and Lewis Black, was a change of pace for Blake after her success in The Sisterhood of the Traveling Pants. Bartleby (Long) is a high school senior who’s been rejected by every college he’s applied to.

So as a last resort, he creates his own fake college, the South Harmon Institute of Technology (note the acronym), for slackers like him who would rather party than go to class. Blake plays Monica, Bartleby’s love interest, and the former girlfriend of Hoyt Ambrose (Travis Van Winkle), a snobbish fratboy who’s trying to expose South Harmon for the fraud it is.

Accepted really wants to be the modern Animal House. While it doesn’t achieve the same heights of silliness, the cast, including Blake, is talented enough to make it a fun dumb comedy. 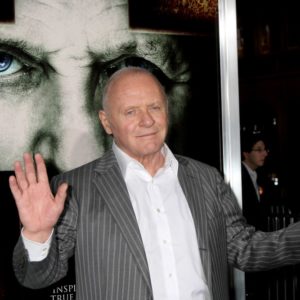 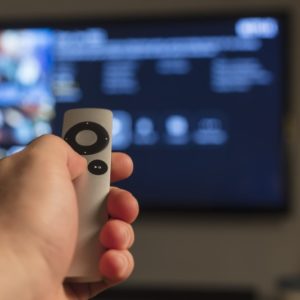