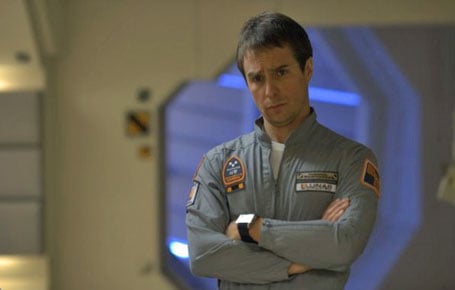 Director Duncan Jones is on a mission to get actor Sam Rockwell an Oscar nomination by getting behind a grassroots fan campaign. Sony Pictures isn’t offering to put any money into any sort of promotion and so we here at Sound On Sight are helping out. Personally I think Duncan should also be nominated for best director and Moon should definitely get a best picture nod. Many critics along with the Sound On Sight staff have praised Rockwell in reviews through out the year, (Listen to our raving review here). and I would personally like to see him get recognized in some capacity come awards time.

What can you do to help? Simply spread the word on twitter. Since Jones is very active within the online communities, he’s asking people to tweet a link to the petition and include the hashtag #samrockwelloscar. You can also head on over and sign this online petition asking the Academy of Motion Pictures Arts and Sciences to consider Moon. Finally take a listen below to Duncan Jones who made an appearance on LAGenX Radio discussing his campaign. In the meantime if by some chance anyone who personally knows either Jones or Rockwell, please pass on an open invite onto our radio show. We would love to have them on and help further champion their film.