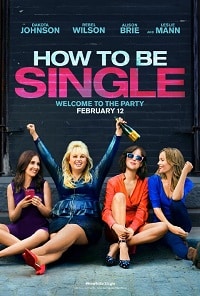 How to Be Single is a big sloppy kiss of a movie. It fumbles around in the backseat like a teenager on Prom night, occasionally finding the sweet spot only to be distracted by a pesky bra strap. Director Christian Ditter tackles the ambitious task of encapsulating single life in the new millennium with predictably frustrating results. Amidst the misfires and clunky sub-plots, however, there are also powerful moments of human truth. There’s a great movie in here somewhere, but the windows are too steamed up to find it.

Alice (Dakota Johnson) is young and restless. She has dreams of hiking the Grand Canyon on New Year’s Eve, but settles for fluffy pancakes and a boring boyfriend (Nicholas Braun as ‘Josh’). Well, that’s all about to change. She decides to “take a break” from Josh, moves in with her workaholic sister (Leslie Mann as ‘Meg’), and goes to work at a big New York City law firm (you can tell it’s a big deal because all of the partners are Jewish). There, Alice meets the ebullient Robin (Rebel Wilson), who takes her on a debauchery-filled tour of the New York club scene. It’s the perfect set-up for a female slob comedy… the film most audiences are expecting from the Wilson-heavy marketing campaign.

That isn’t what director Ditter and his screenwriters have in mind, though. At least, not entirely. 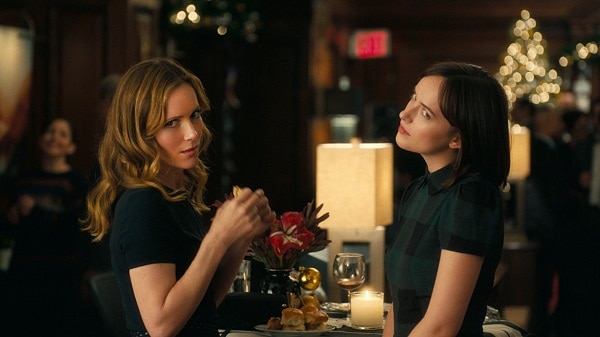 Therein lies the major problem with How to Be Single. Much like Alice, with no clear path to achieving her ambitious plans, screenwriters Kohn, Silverstein, and Fox have too many big ideas clogging their very little movie. They have the slob comedy to support Wilson’s brash talent, but they’re determined to cram an indie-romcom in there, as well. There are also elements of farce, melodrama, and social commentary. Basically, this feels like the rough draft of a 180-page script.

Working from the source novel by Liz Tuccillo, the screenwriters explore every ridiculous sub-plot, usually to the detriment of Alice’s already-thin story. In no particular order, there is a bartender named Tom (Anders Holm) who so treasures his sexual freedom that he disconnects the water in his apartment to discourage women from overstaying their welcome (“Women have to leave to survive!”). He’s carrying a tiny, almost-imperceptible torch for Lucy (Alison Brie), a desperate online dating programmer who smothers potential suitors with marriage plans before they even know her name. Then there’s Ken (Jake Lacy)… he falls madly in love with Meg, despite her inability to treat him with anything more than glaring disdain. Oh, and Meg wants to get pregnant from an anonymous sperm donor because she’s an obstetrician who delivers babies all day or something. Let’s see… Oh! Then there’s David (Damon Wayans Jr.), a grieving widower who’s trying to raise his young daughter while dipping a toe into the tricky dating scene. And this doesn’t even include the continuing melodrama between Alice and Josh. In the words of the immortal Crash Davis, “We’re dealing with a lot of s***.”

The intentions are admirable, as these ambitious filmmakers try to deconstruct single life in the new millennium. Much like Cameron Crowe’s Singles in the 90s, this is a decidedly uneven and obvious affair (though much less grungy). People learn the same valuable lessons, like promiscuity doesn’t equal happiness, and you can’t know someone else until you know yourself. Despite all the diversions into unnecessary sub-plots, however, there are genuine moments of sublime power here. Meg’s exploration of motherhood and relationship entanglements is particularly strong; before it crash lands into a clichéd ending that is so terrible even the characters have to acknowledge how terrible it is. And so it goes for the entire film. For every moment of clarity that earns your empathy, there is another moment that makes you hate this movie.

See also  'Eddie the Eagle' embraces all of its cliches 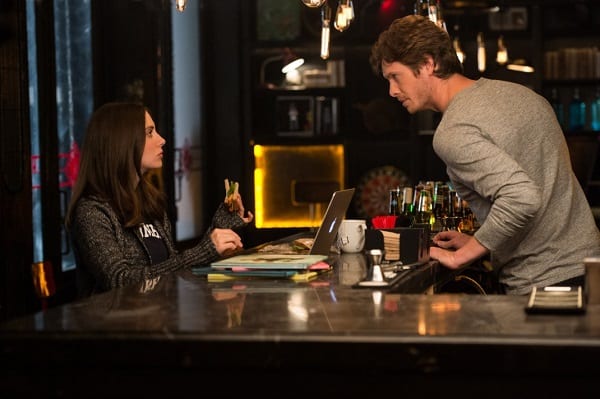 Much of this frustration emanates from a weak lead character and some bad casting. Alice is easily the least interesting character in the ensemble. She meanders from man to man in her half-hearted quest for self-discovery. Johnson has terrific comic timing as an actress, so she shines in the lighter, more farcical scenes. When things get heavy, however, she falls into the background, forfeiting the scene to her more dynamic co-stars. Likewise, each Rebel Wilson appearance signals the jarring transition into an entirely different film. Given how little Wilson’s character contributes to any of the storylines, she’s little more than a transparent device to inject laughs at the prescribed intervals. Wilson is a thunderous force who works well in a slob comedy; not so much in an indie dramedy. Perhaps the filmmakers are simply asking the impossible from their actors. Only Leslie Mann stands out, with her slightly-unhinged persona making her the perfect choice for this comedic hodgepodge.

How to Be Single isn’t a bad movie. In fact, it’s dangerously close to being a good movie. It simply can’t get out of its own way long enough to tell a meaningful story. Every praise must be tempered with a qualifier. It’s as though the filmmakers loved each character and storyline so much that they couldn’t bear to part with any of them. This kitchen sink approach produces some of the film’s best moments, but, ultimately, it undermines the overall impact. How to Be Single is a confused, though well-meaning mess.