Like light itself, Hyper Light Drifter is something that seems to move faster than you can follow. The combat is quick, with death only one wrong move away; beautiful moments are seemingly suspended in time, only to vanish in a flurry of sparks; and perhaps most damningly, if you push too hard toward the goal, the whole experience will be over far too soon. Yet if you take your time, and try to shine that light around the world to get a better sense of what it is and what’s really in it, the illumination serves a greater purpose.

The dream of rookie developer Alex Preston and his studio Heart Machine, Hyper Light Drifter is an indie game love-letter to videogames, evoking strong feelings of The Legend of Zelda: A Link to the Past in addition to many other titles past and present. It played on this nostalgia during its Kickstarter campaign, where it managed to earn over $600,000, and it’s thankfully turned out to be much more than the sum of the homage it wanted to pay. 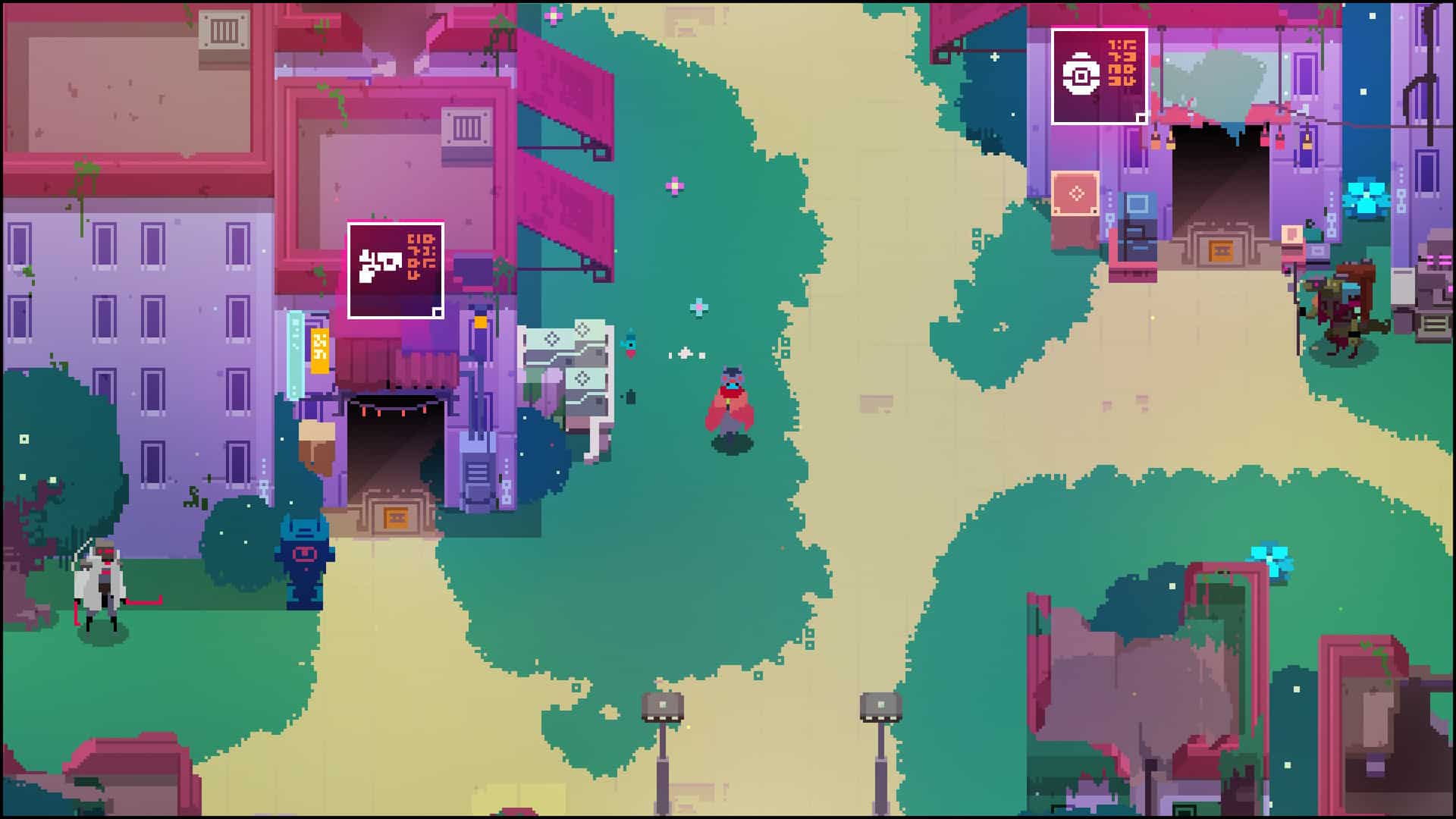 In town, spend resources for upgrades and take a break from the melancholy.

The most striking thing about the game at first glance is its visual appeal. It’s hard to appreciate the game to its full extent without playing it, for even as saturated as most digital storefronts currently are with 2-dimensional pixel-art indie games, Drifter’s art, animation, and sound are a cut above. Screenshots are incapable of conveying the excellence of the animation, and the animation alone can’t convey the sense of place the sound design brings with it. Music, sound, and art are melded so well that it’s not hyperbole to call this game an artistic masterpiece.

But it’s in the interactive sphere that gaming’s art lives and dies, and while Drifter’s gameplay can’t quite awe in the same way that its audiovisual landscape does, it doesn’t fall very short. The game focuses most strongly on combat and exploration, and neither can entirely be extricated from the other. The world is filled with enemies to fight, and the combat has been designed for depth. Players will use a sword, guns, grenades, and a dash move as they take on their enemies, which include a variety of ranged and melee attackers in addition to a host of powerful bosses. Combat isn’t button-mashy, forcing players to commit to each attack and movement with consideration if they want to succeed. Keyboard and mouse controls are supported, but a gamepad is definitely preferred—the game supports both Xbox 360 and Xbox One controllers, as well as Sony’s Dual Shock 4.

The combat systems need to be learned over time, especially when facing the aforementioned bosses. These precision-designed fighters are the highlight of the gameplay, requiring one to get comfortable with the controls and learn each boss’s patterns in order to stay alive. Each of these encounters is unique, exciting, and beautifully balanced. While the Drifter’s various upgrades can help even the playing field a little, the game doesn’t allow players to use upgrades to breeze past challenges. Learning these systems is a must. This is not an easy game.

Driving this point home is the fact that players are offered virtually no help as they explore the world and the details of the combat. The game goes out of its way to avoid hand-holding, and many will find themselves a bit lost in the early going. The slightly confusing (albeit beautiful) map doesn’t help matters, showing the character’s position vaguely over large sections of the world. His position is shown more precisely in the interior map layouts, but they can be rather hard to read at the outset. 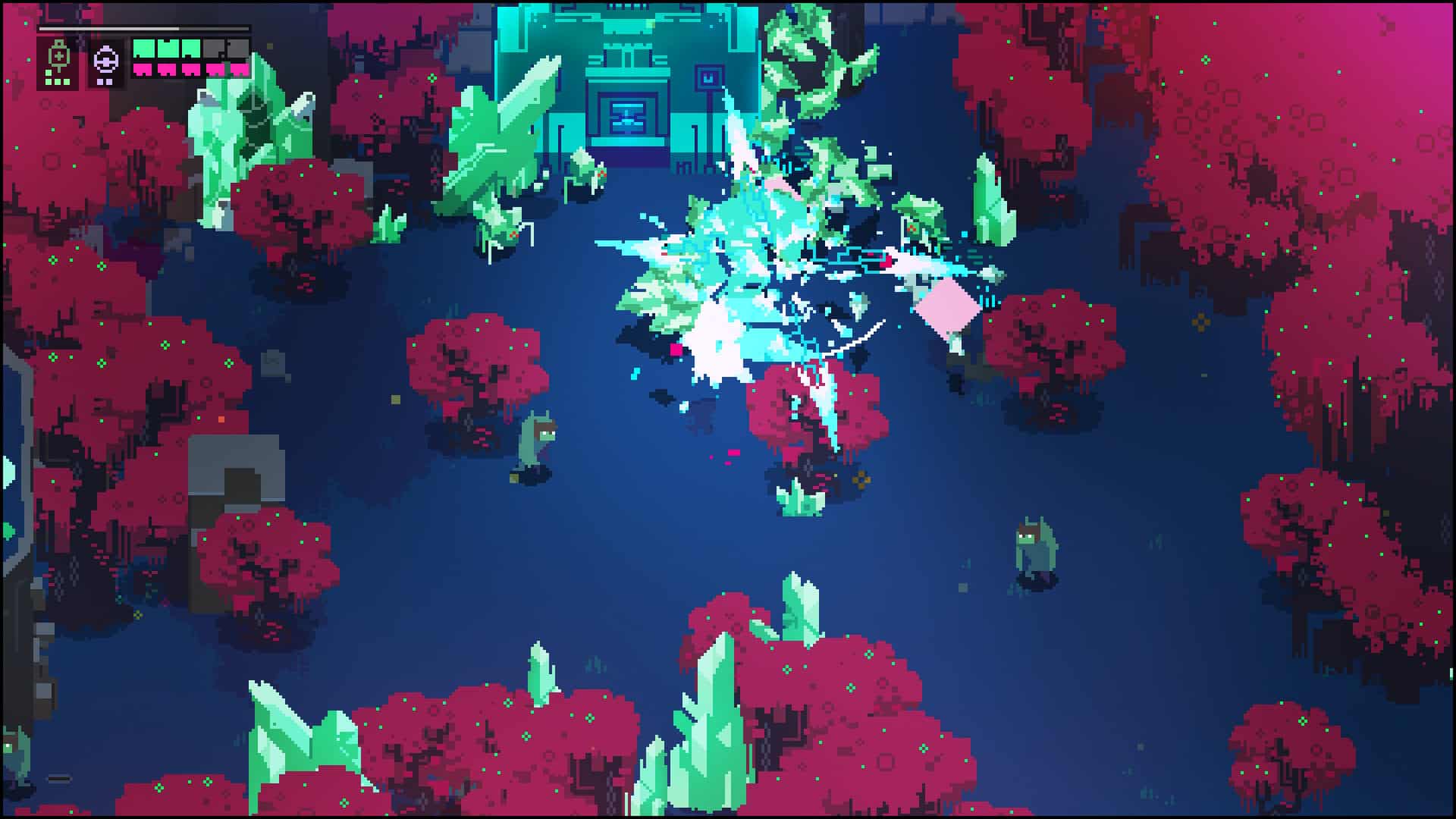 Charging your sword attack allows you to do big burst damage.

Thankfully, level design makes many of the locations fairly memorable despite looking similar, and enemy positions help with this as well. These groups of combatants will get in the way of players looking to suss out where the world’s many secrets lie, and finding those secrets is an equally big part of the experience, imperative to both ability upgrades and story progression. The game can probably be completed in as little as 4 or 5 hours if a player runs straight for each boss, but a great deal of what gives the game its own flavor is exploration of the world. There are a variety of secrets to find, from a currency used to upgrade the Drifter’s abilities, to keys that open locked doors, to hidden paths that open the way to new screens. There are more in addition to this, but discovery is a big part of the joy and spoiling it all would do a disservice to future players.

Drifter’s story is something that Heart Machine also wants players to seek out. The world itself tells much of it, and while there are characters to have conversations with, these conversations take place in the form of pictures. There is almost no English text in the game, and it’s a testament to the talent of the developer that this works as well as it does throughout the experience. It’s not always perfect, but it makes for a visceral, melancholic tale of great pathos that’s more affecting than one might expect. (Despite the “cute” pixel graphics, make no mistake: this is a dark, violent story, and not appropriate for young kids.) Even so, most players will have far more questions than answers by the end of the game, and further digging into some of the game’s secrets—and perhaps a re-analysis of the whole experience during a subsequent playthrough—is a must toward getting a more complete picture of exactly what’s going on. Fans of the Dark Souls style of storytelling will find themselves reasonably comfortable, while anyone looking for an explicit narrative will likely be left unsatisfied.

A repeat play will also offer something for those wanting a greater challenge, as the included New Game + option allows for another run at the game with significantly less health. 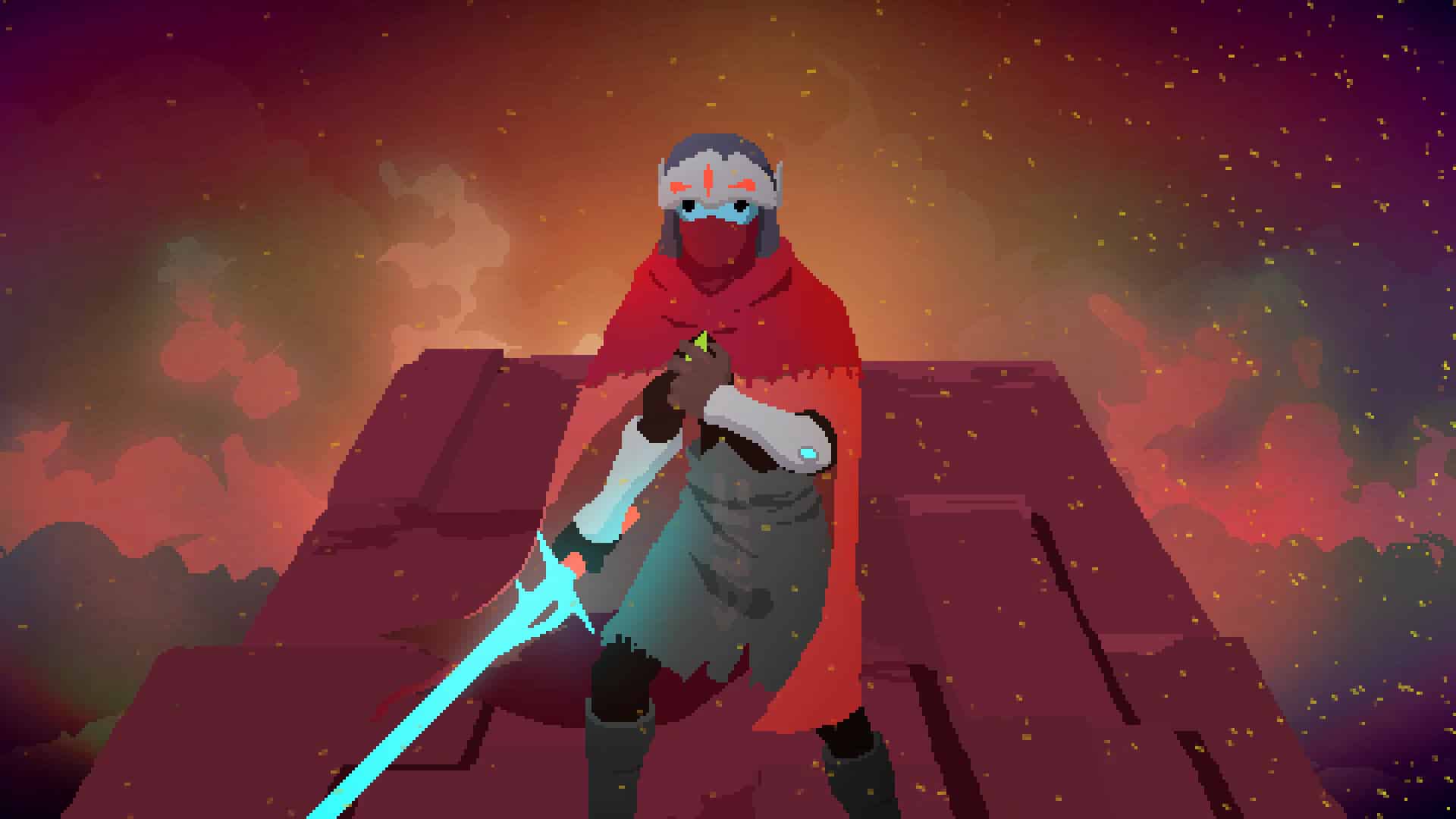 Overall, whether Hyper Light Drifter is worth the $20 entry price point will depend on how much a player enjoys its conceptions of combat and exploration, or how interested they are in games as an art form. There’s a healthy amount of content here for the completionist (my fairly extensive but still incomplete run took about 12 hours), but for those unwilling to make that commitment, it’s a harder sell at full price. Regardless, this is a beautiful game that anyone with an interest in art and design owes it to themselves to spend time with. They’re likely to have a blast along the way.