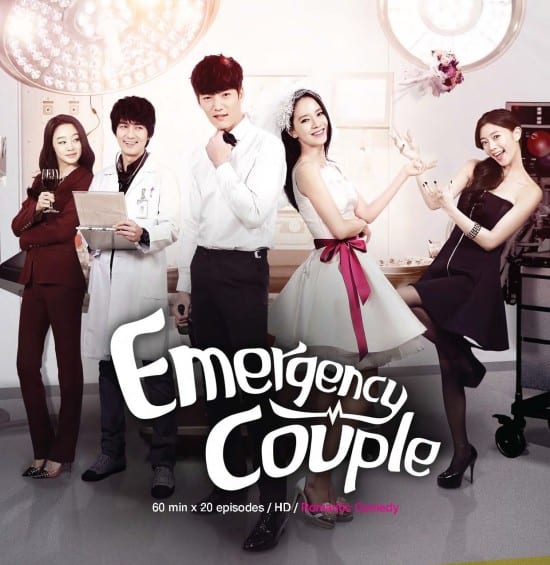 Korean television series, better known as Korean dramas, have had a cult following in the U.S. for quite some time. Dramafever, the largest US. distributor of Korean TV content, has millions of North American viewers per month, and was acquired by Warner Bros., which reported that it hopes to leverage the site to expand the Warner Bros brand toward more global content. Meanwhile, Conan O’Brien guest-starred on two episodes of a Korean drama in February, while Walking Dead creator Robert Kirkman announced that he is launching his next TV show as a Korean drama. Korean dramas are clearly Having a Moment.

Korean primetime television is fundamentally different from American television in that the default format is not a multi-season series. Instead, it’s a one-season, contained arc – what American viewers would consider an extended miniseries, or event series. While “daily” dramas and period dramas can run up to several hundred episodes, most scripted Korean shows run 16-24 episodes. Due to the heightened situations and emphasis on romance that characterizes many of these dramas, Korean dramas have in the past been written off by American journalists as “soap operas.” However, this ignores both the acting quality and the scope and depth of genres produced: procedurals, fantasy, period dramas, war epics, high school comedy, and horror, to name just some of the popular genres.

Most Korean dramas do contain a strong romantic emphasis, some element of a Cinderella story, and certain tropes that tend to be used over and over. Yet the acting and cinematography is generally high-quality, as is, frequently, the writing. Because the line between television and film industries is much more blurred in Korea, the best/most popular actors often participate in both (a flexibility allowed by the shorter television format). Good Korean dramas combine the high production values and stellar acting most commonly associated with films, with the detailed plot and nuanced character development allowed by the length of a TV show. As limited series (True Detective, Fargo, The Affair) and one-season resurrections of popular shows (Heroes: Reborn, 24: Live Another Day, The X-Files) become more popular in the U.S., this is a format growing ever more familiar to American audiences.

Hulu and Netflix both offer some Korean dramas, but the two largest destinations  are Viki.com and Dramafever.com, both streaming services dedicated to subtitled Asian content. Viki features thousands of series from all over the world, subtitled in dozens of languages (your choice), while Dramafever features around 700 Korean TV series and films, subtitled in English. Both, like Netflix, offer free, ad-based streaming or monthly ad-free subscriptions.

Here are five Korean dramas that serve as a good introduction to Korean television, and are among the best/most accessible of recent years. (I personally find the Viki player much more responsive, so I’ve linked to the series on Viki. Note that a quirk of Viki is that they allow community-sourced live commenting, so by default, comments from viewers will appear at the top of the video. Simply click the “x” to close the comments box).

5 Korean Dramas to Start With 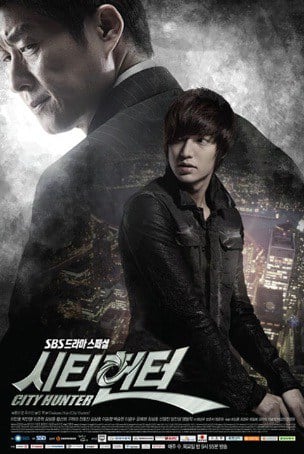 1. City Hunter. An epic revenge thriller, this is one of the most thematically and visually ambitious series to come out of Korea in recent memory. Critically and popularly acclaimed all over Asia, it shot lead actor Lee Min-ho to mega-stardom, and became an instant classic upon airing in 2011. The plot, loosely  based on a Japanese manga of the same name, weaves together crime, corruption, romance, poverty and justice.

In 1983, a covert special-ops mission to North Korea goes awry, and the South Korean government orders the execution of the entire team in order to keep it secret. One member survives, and adopting the only son of his dead best friend, raises and ruthlessly trains him overseas in martial and combat arts as well in Thailand with the mission of exacting revenge. Upon returning to Korea as an adult, the young man’s crime-fighting, masked alter-ego comes to be known as the “City Hunter.”

The first episode is the weakest and most melodramatic of the series,  but it contains crucial exposition for the plot to follow, and the second episode, which finds the hero arriving in Korea, captures with inspired camerawork the wonder of his return to a homeland never before seen. Beautifully shot throughout, the kinetic action scenes are standout. The action spans the chaotic energy of a boy on the run from thugs dancing across boats in a Thailand canal, to the sharp, vicious brutality of a close-quarters gunfight, to the hand-to-hand sparring of two martial arts masters in a kitchen. A brilliant series that balances its dark themes with light comedy and character beats, yet doesn’t shy away from a preoccupation with the meaning and delivery of justice, this is but one step removed from a pulpy superhero series ala Daredevil. 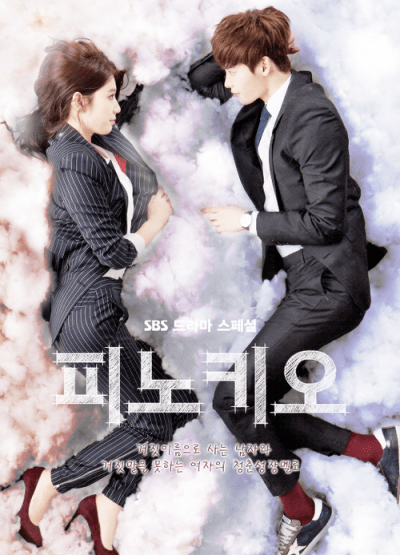 2. Pinocchio. Another series concerned with justice and corruption, this has a very different tone, and is much lighter and romantic, though not quite a comedy. With infectiously lovable characters and an addictive plot that constantly shifts the stakes while deftly avoiding cliches and predictability, this was widely-loved by Korean audiences upon its airing in 2014. Set in the world of the newsroom, it follows Choi Dal-po and Choi In-Ha, who are raised in the same household after orphaned Dal-po is taken in by In-Ha’s family. Having grown up together, the two apply to newspapers all over the city together, but are ultimately accepted to rival papers. They’re quickly plunged into the competitive world of journalism, and as Dal-po searches for the truth behind the tragedy that led to his family’s deaths, he stumbles upon a huge case involving media and police corruption. Giddily romantic, thoughtful, and well-crafted, this is a strong, thoroughly satisfying series. 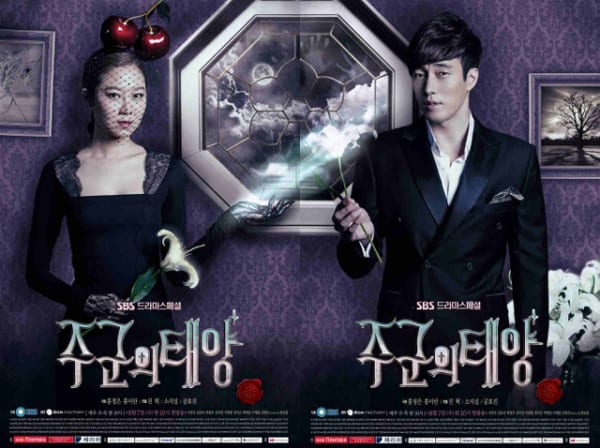 3. Master’s Sun. Kooky, hilarious, and heartwarming, this is one show you’ll never realize you wanted, until you’re watching it. A supernatural horror-romance, the series centers on Tae Gong-shil, a woman who, ever since a near-fatal car crash, has been able to see ghosts. Everywhere she goes, ghosts follow her and ask her to carry out tasks for them and pass on messages to their living family members. Unable to hold down a real job, everything changes for Gong-shil when she meets a man whose touch makes the ghosts disappear. That man turns out to be the arrogant CEO of a large department store, and she is quickly caught up in a longstanding mystery surrounding his kidnapping and the death of his girlfriend years prior.

The premise is ludicrous, yet the drama plays out with such tonal consistency, and strong special effects for the horror/ghost aspects, that it works. When it’s campy, it’s done intentionally, for comedic effect. Lead actress Gong Hyo Jin is a staple of both the film and television landscape in Korea, and her warmth and comedic timing ground the series. Spooky, funny, and swooningly romantic, Master’s Sun combines elements of supernatural horror with elements of a fairy-tale love story. It’s effervescently magical in a way that’s hard to pin down. 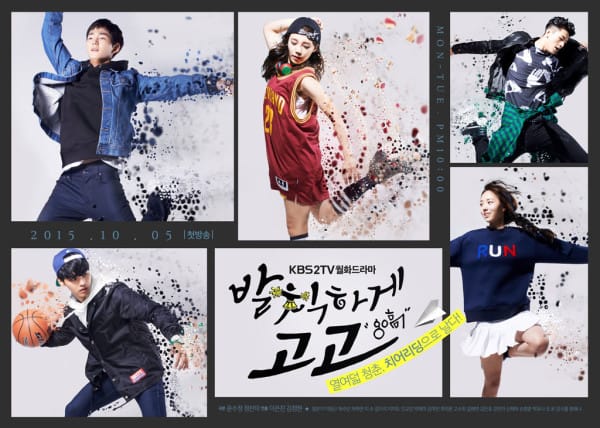 4. Sassy Go Go. No Korean drama list is complete without a high school series. This immensely fun, addictive drama clocks in at 12 episodes, and the efficient length only highlights the assured plotting and steady pace.

At elite Sevit High School in Seoul, the students are divided into the “haves” and the “have-nots”, with the division mostly based on academic ranking, but also on wealth and class background. The highest-ranked students are members of academic club Baek Ho, and are unofficially led by smart-mouthed, self-assured Kim Yeol. Kang Yeon-doo, meanwhile, is the upbeat, stubborn leader of the lowest-ranked students, whom she has formed into street dance club Real King. The two groups have a longstanding antagonism, but but are forced to work together when they’re assigned a group project by the school.

Sassy Go Go is often light-hearted, yet it also incorporates layered themes of friendship, rivalry, parental trauma, and abuse. The series gives a real weightiness to the struggles these 17 and 18-year-olds face, from a character who is frequently beaten by his father, to a girl who frames one of her classmates for theft out of sheer desperation to outperform him academically. A recurring question the drama asks is, “How far is too far for redemption?” In the ebb and flow of the rivalry between the two groups, and the growing attraction between Kim Yeol and Kang Yeon-doo, the students are forced to make many hard choices and forge their own identities. (Think John Hughes and Gossip Girl.) 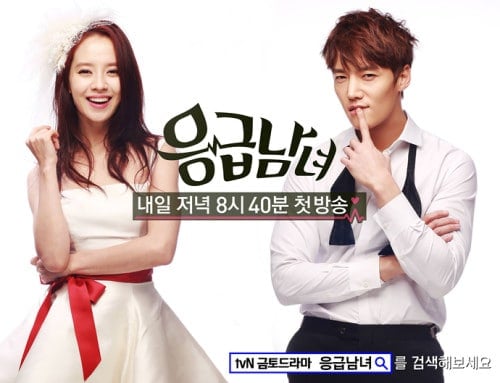 5. Emergency Couple.  Replete with drama, comedy, and romance, this 21-episode medical series hits the ground running and never slows down. The pilot drops viewers into the life of Oh Jin-hee, a new residential intern at a hospital who’s about to have a terrible first day at work. Years prior, Oh Jin-hee had met and married kind, outgoing medical student Oh Chang-min. Financial and family pressures had ravaged their young marriage however, and they quickly divorced.

Six years later, Oh Jin-hee arrives at her new job to find that her ex-husband is also interning there. Sparks, both angry and romantic, fly immediately, and in between medical emergencies, on-the-fly job training, internal hospital drama, and challenges to both their personal and professional lives, the two re-explore a connection that never fully went away. Leads Song Ji-Ho and Choi Jin-hyuk have crackling chemistry, and both characters are written with a level of detail and complexity that makes them instantly compelling. The cast of doctors, nurses, and interns is uniformly strong, and while the characters are nuanced, and cases of the week high-intensity, the insults and physical comedy also fly fast and furious, so the series is consistently funny as well as gripping.