With so many choices for viewing shows and movies, it’s easy to get overwhelmed and lost in the shuffle. Hulu was one of the flagship streaming services, offering television shows instead of movies as their primary focus. In the years since their creation, however, Hulu now offers original content and a wide range of movies, as well as exclusive deals with certain licenses that you can stream anywhere else.

I already had Netflix and we have on-demand cable in our home, so originally I thought maybe Hulu wouldn’t have its uses, but I was completely wrong. I’m going to go over how to set up a Hulu subscription, why I love it, and what to expect when you sign up, as well as why you’d want to invest in Hulu, both as a service on its own and also compared to other similar services.

Contents show
What does Hulu provide?
Setting up a Hulu subscription
How does Hulu rank as a streaming service?
Features
How does Hulu perform on various devices?
Customer support
Pros and cons of Hulu
Hulu overall

What does Hulu provide? 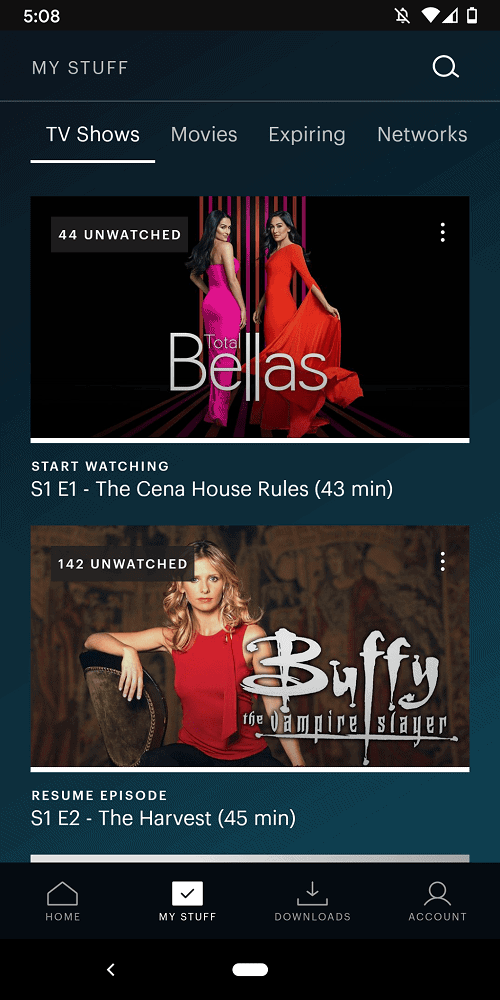 Hulu was always focused on television shows over movies, and the movies that they did have years ago were not that great. They’ve since bumped up their movie library but their focus is still on television, both original content and licensed shows from various networks.

One of the biggest benefits of Hulu – the one that hooked me, actually – is that if you miss your favorite show (Grey’s Anatomy, anyone?) it’s usually available to stream on Hulu within an hour of premiering. So if you happen to work late on a Thursday, chances are good you’ll still be able to catch your favorite shows before spoilers hit social media.

See also  50 Movies That Represent All The States 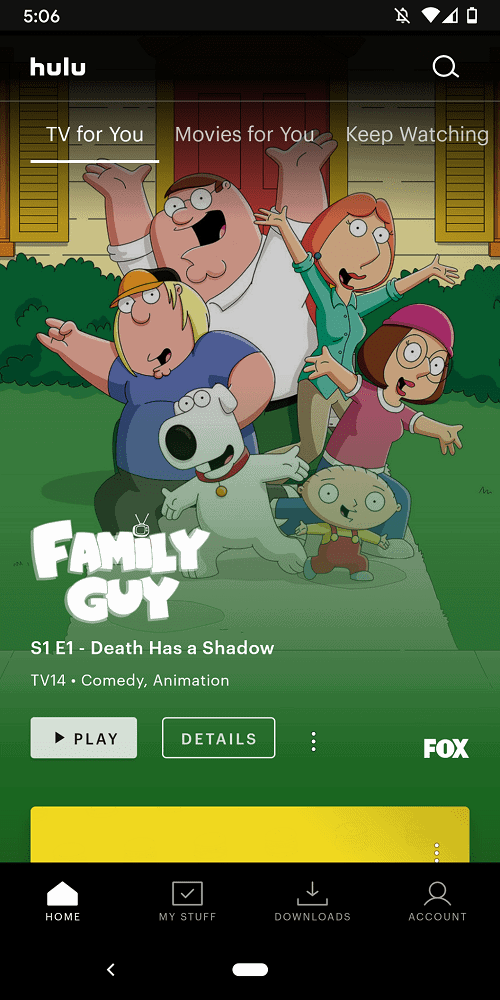 The service also has a great array of original programming from reality TV to cartoons, sitcoms, and dramas. Additionally, because of their contracts with certain networks, you won’t be able to watch many of the shows that are on Hulu anywhere else.

Setting up a Hulu subscription 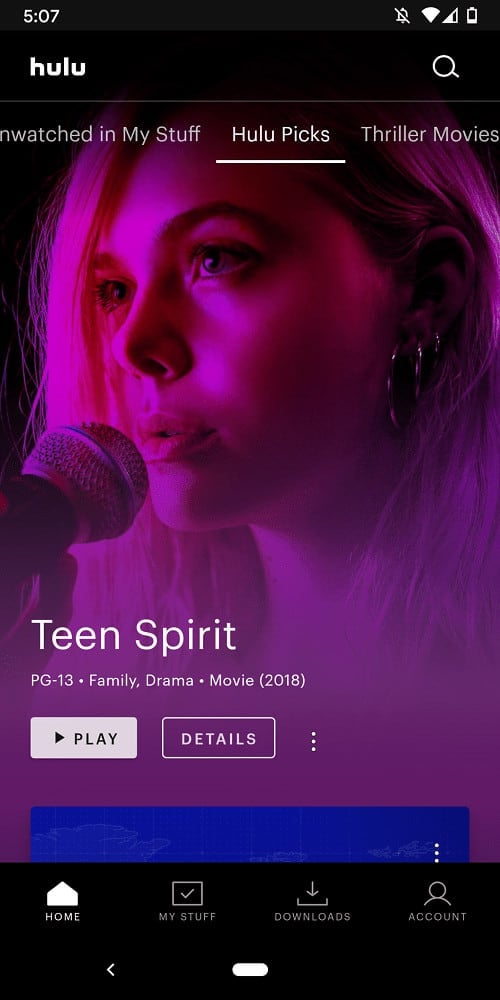 Signing up with Hulu is super easy – you just need a device capable of streaming, an email, and a way to pay online. You sign up via email, and you’ll get a link to activate your account, prompting you to create a username and password. Hulu works on:

Once activated, you download the app on the device of your choice and sign in. There’s a free trial for the first month, and then there are a variety of billing options if you want to continue. The two primary costs are:

They have several new options as well, acting almost like cable company packages. Hulu+Live TV is the same streaming service as normal, but also grants you access to over 60 channels of live television. 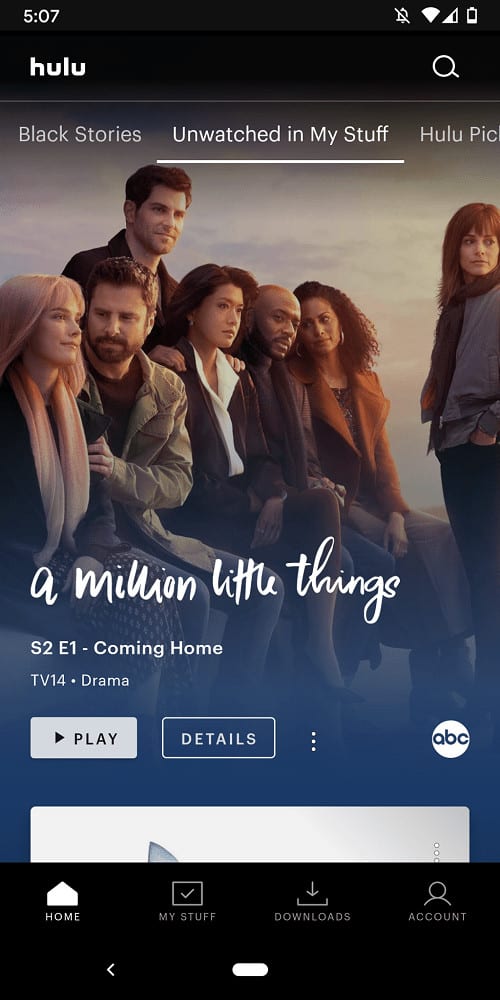 This means you can watch your shows when they come out immediately, or wait until they stream, and at only $54.99/month, it definitely beats the price of most cable packages. This version still has ads, though, and it’s $60.99/month for Hulu + Live TV without ads.

You can also add premium streaming services, like HBO, Cinemax, Starz, and so forth to your Hulu account for the same price ($10.99-$15.99, on average) as it would cost to add them to cable service.

Finally, Hulu has bundles of additional streaming services like Disney+ or ESPN that cost less when you get them along with Hulu itself (around $12.99/month, though the Hulu in this bundle is ad-supported and they can’t be turned off).

How does Hulu rank as a streaming service?

I personally have Hulu along with Netflix and Disney+, but I use Hulu the most. As much as I love movies, it’s my recurring shows that I watch more than anything else, and Hulu helps me binge them when I’ve had a particularly busy week. 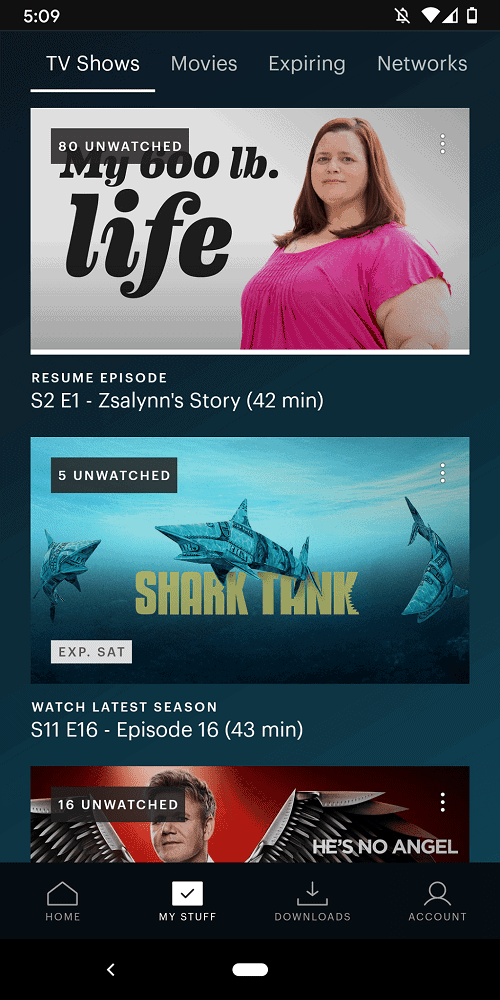 It simply has the most shows that I personally watch, but that’s the main thing when deciding to get a streaming service over another – make sure they support the shows and channels you watch the most. Netflix is wonderful, but when I found out they didn’t have Rick and Morty, I knew that Hulu had my back.

If you’re more into original programming, Netflix might be a better choice. Hulu’s shows are incredibly solid though, with a lineup that includes the Handmaid’s Tale, Castle Rock, and Future Man, all of which have become instant classics. 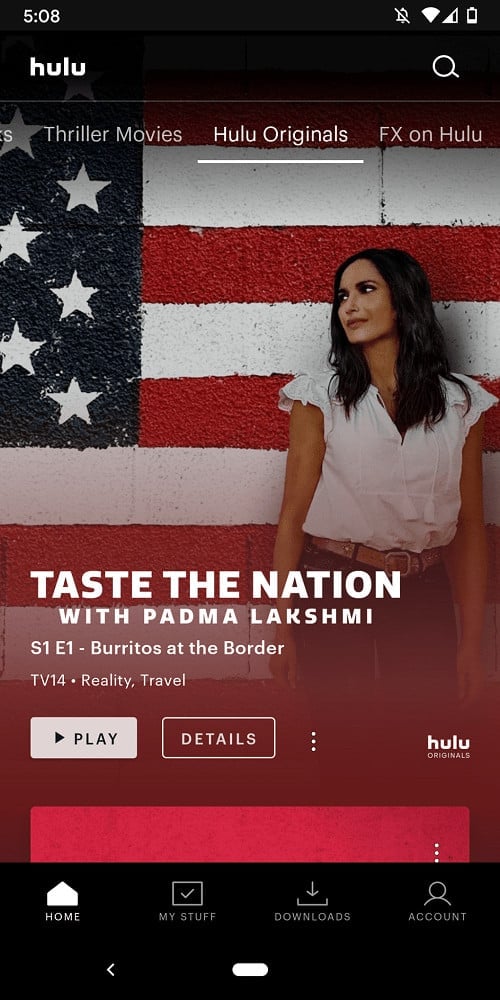 The sheer customizability of Hulu is another great feature – being able to add HBO when I felt like bingeing Game of Thrones and then ending that subscription when the series let me down was fast and simple.

In places where cable is bad and/or expensive (so basically everywhere), Hulu is a great alternative because of the low cost and volume of live television that’s available. It also grants you access to all your favorite streaming shows.

Hulu has some of the most responsive start-and-stop controls of any streaming service I’ve seen. You can fast forward and rewind, both at speed and in small increments. That said, one glitchy kind of problem I have is if closed captioning needs to be turned on in the middle of a show, it resets to the beginning. It’s certainly not a huge problem, but it’s annoying in the few times it happens. 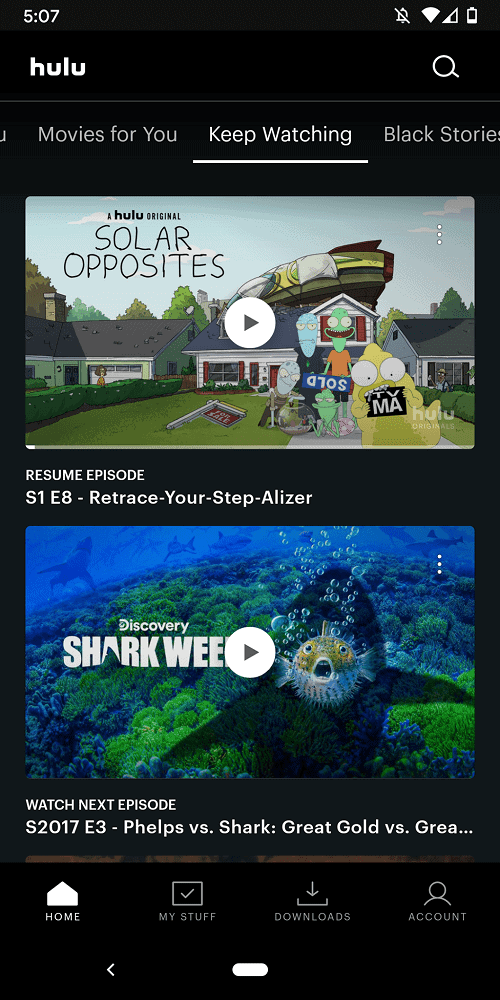 Additionally, Hulu sorts shows by what you watched in the past, what you might want to continue watching, and then suggests shows based on your watch history. This makes finding new binge-worthy television exceptionally easy and allows you to go back to your favorite shows when a new season starts. They also tell you when a new season is up on the service, which is great, especially for kids’ shows, as my son in particular is always clamoring for a new season of his favorite series.

How does Hulu perform on various devices?

In our household, we use laptops, desktops, phones, and tablets to watch whatever television our eyes crave, so I have experienced the performance across all platforms. 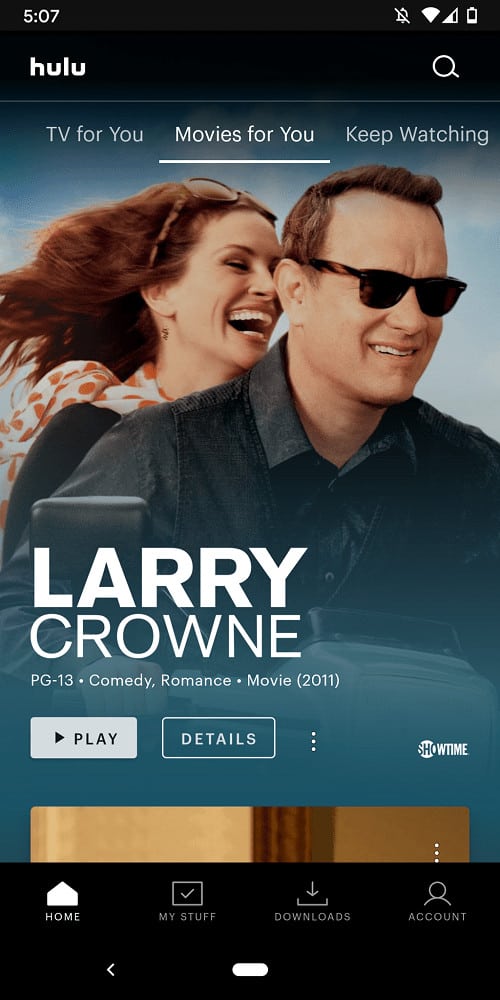 On my phone, Hulu stutters a bit when starting, and when I close it out, it delays about 30 seconds. None of this is game-breaking or terrible, but it’s just an observation. Otherwise, the streaming is clear and the video quality is great. The sound quality could be better, though, but that’s at least 50% my phone.

My kids are the ones who use Hulu on the tablet primarily, and they don’t have any issues. There is a “kids” section that is very easy for them to navigate, and they rarely need help. The kids’ section is probably what I like the most about Hulu after the shows I watch; it lets my kids use their tablet time independently without my getting worried they’re watching something they shouldn’t be.

Hulu on the computer is quite functional and has the highest video quality after my smart TV. It is a bit clunky in terms of using it, however, but that makes sense as Hulu was originally optimized for television anyway. Still, it’s nice to have shows on in the background while I’m doing mindless work or paying bills, and Hulu streams easily without hogging memory. Even Youtube in my browser window slows things down at times, so streaming full-length shows without interruption is a pretty big deal.

I’ve only had to call Hulu’s customer service line twice; once for a billing issue and once to add additional subscriptions because their site was being goofy and I couldn’t add them from my computer. Both times I got to a real person in under 1 minute, and the process was simple and easy. They were polite, got my questions answered, checked to see if I had any other concerns, and asked if I wanted to know about other offers without being pushy or overly salesy.

The second time was how I found out I could bundle Disney+ and ESPN with Hulu for a single price. I had called about adding Starz and in passing, I mentioned I was considering getting Disney+ and that I was just chock full of streaming services.

The person I spoke with said they had a Disney+ bundle, including Hulu and ESPN, how much it cost and asked if I was interested, and so I signed up. They didn’t push it on me, but took the time to listen and then suggested based on what I was talking about and that’s amazing customer service for sure.

Pros and cons of Hulu 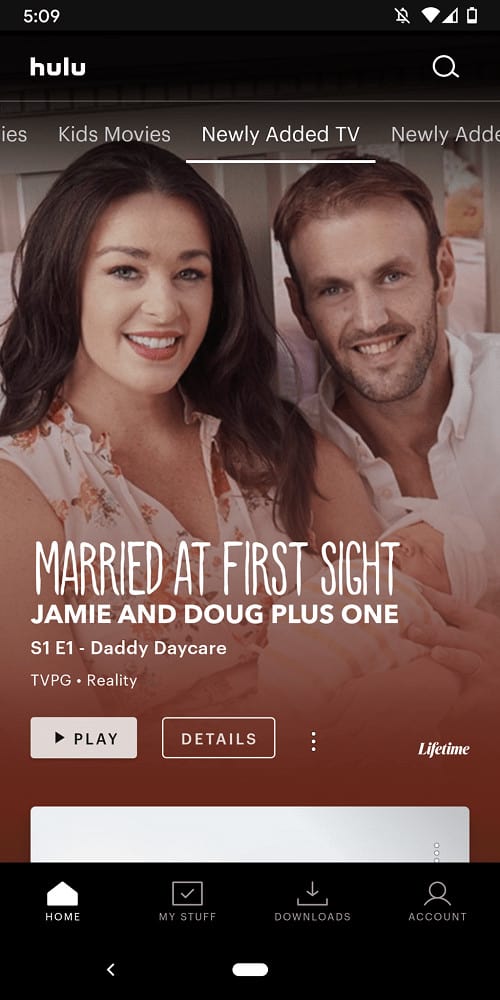 Not all streaming services are as responsive or content-filled as Hulu, which is a huge plus, to begin with. Now that just about every single major cable channel is getting or already has its own streaming service, it’s nice to know that Hulu still provides access to tons of shows and 60+ live channels, even as other streaming services lose intellectual properties because their creators have their own services now.

Ultimately, I will continue using Hulu, and if you like tv, I suggest you at least try it. At $5.99/month and with a free trial, there’s really nothing to lose and if you like what you see, it’s dramatically cheaper than cable. I spent most of my college years streaming on Hulu and only paying the cable company for internet access, which saved me about $50/month. 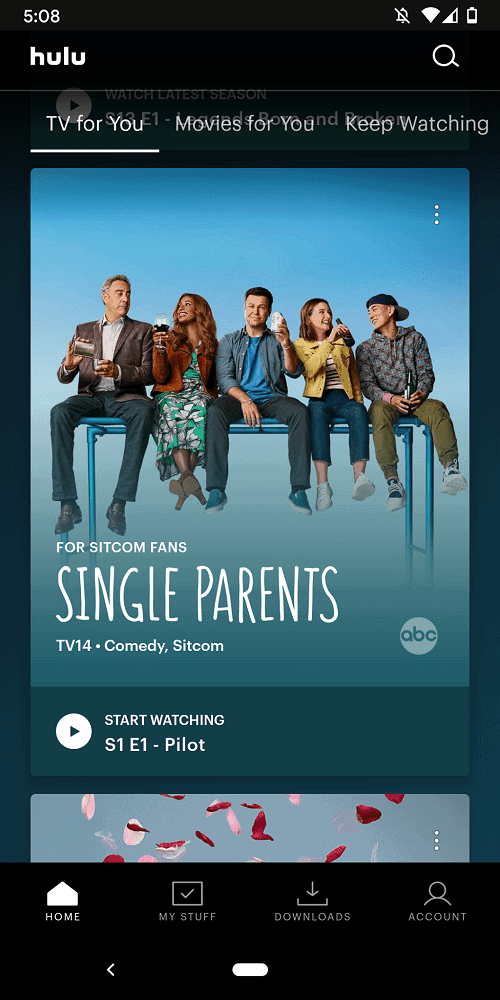 It’s a great streaming service that still holds its own in a landscape with Disney+ and Netflix, and will continue for a long time, I believe.