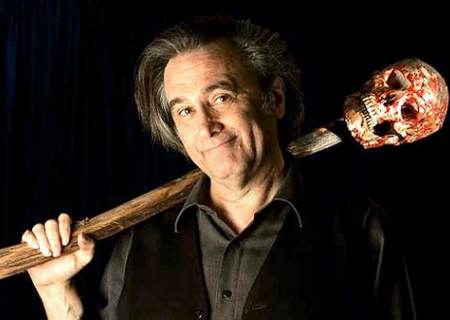 One of modern Hollywood’s most amiable auteurs, Joe Dante will be helming a horror comedy titled Monster Love for Darclight, the genre arm of Arclight Films. The screenplay, by comics writer Greg Pak, follows a werewolf and a vampire whose romance sparks an inter-species war.

Admittedly the director has been directing only TV projects since 1989 so as a huge fan of the director, I am excited to once again see a Joe Dante film on the big screen. Though often considered a protege of Steven Spielberg, for whom he directed several big-budget projects (Gremlins, Inner space, Gremlins 2: The New Batch, The Burbs, The Howling), Dante actually has deep roots in 70s low-budget exploitation films. He learned his craft at New World Pictures under legendary producer-director Roger Corman, so I a m hoping this will be somewhat of a return to his roots.

Here is the official synopsis via Shock Till You Drop:

“After Pete, a young dog walker, gets dumped by his girlfriend, his slacker buddies convince him to run naked through the city park. As the moon rises, the boys laugh, howl, and transform… Later, a distraught young woman named Maggie is contemplating suicide when she’s surprised by an enormous wolf. She snarls, baring her vampire fangs. The wolf grins and barks: Let’s play! After a fierce, exhilarating chase through the park, Maggie falls asleep with the wolf – and awakens in a naked young man’s arms. It’s Pete. And love at first sight. Pete’s werewolf pals and Maggie’s upper-crust vampire clan are furious. And when some mangled bodies are discovered in the woods, Pete and Maggie must fight for their lives while grappling with the awful consequences of loving a monster”.