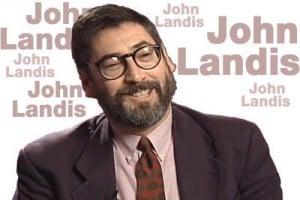 The legendary comedy director, best known for Animal House and The Blues Brothers, as well as for Michael Jackson’s Thriller, is finally returning to the big screen for a new black comedy about a pair of real-life murderous entrepreneurs called “Burke and Hare.” It’s been more than a decade since John Landis made his last theatrically released film. The project is still in development but Landis has confirmed Simon Pegg as one of the stars of the film.

Landis was a key contributor to modern horror filmmaking movement of the 80’s. His work provided a bridge between the hard-hitting and subversive horror films of the 70s and the campy horror comedies of the 80s providing genuine scares and gore while mixing in his sharp sense of humor. The director should feel right at home with a dark comedy and his Masters of Horror feature Family Man is proof that dark comedy is right up his alley.