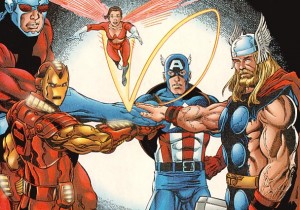 David Goyer has made quite a reputation in Hollywood as one of the go to writers of comic book adaptations. His credits include penning Dark City, Batman Begins, The Dark Knight and the Blade trilogy. With his fame growing each year, he’s been offered plenty of other projects to help develop, mostly all related to comic properties. Among them is the upcoming Super Max film which would follow DC Comics’ Green Arrow character incarcerated in prison with super villains for a crime he did not commit. Unfortunately his reputation as a director is frowned upon given his critically panned Blade Trinity and The Invisible. However that isn’t stopping studios from granting him the director’s chair on X-Men Origins; Magneto and the possibility to direct the first Avengers film.